Spending time traveling through alpine terrain, preferably in marginal conditions, has always been not only a source of comfort, but a way to see the world in a slightly clearer perspective. There's something special and quite unique about following a compass bearing into the white haze of a low pressure weather system.

All my concerns are blasted away, layer by layer until all that is left are answers to the questions I have. Some of my most memorable and productive moments have occurred mid storm, head down, focused on nothing in particular. Things that seem insurmountable suddenly seem less daunting and problems are solved. The worse the storm, the easier the arrows fly, and as the quiver empties, the answers start to fall.

The idea for the weekends outing was as much about state of mind as it was riding. It was an unexpected day in Kosciusko National Park. Leatherbarrel Creek to be specific. Within an hour of making a last minute decision, I was packed and driving South.

As the trip progressed, it became apparent that it may be one of those rare days when everything just blends. Perfect snow, good visibility and little wind. Too good maybe.... 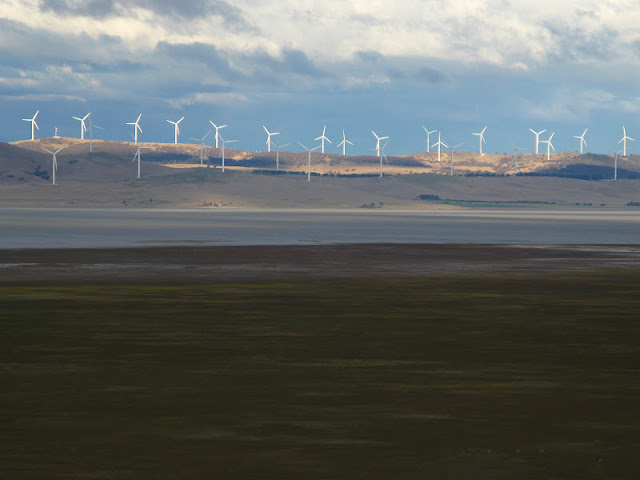 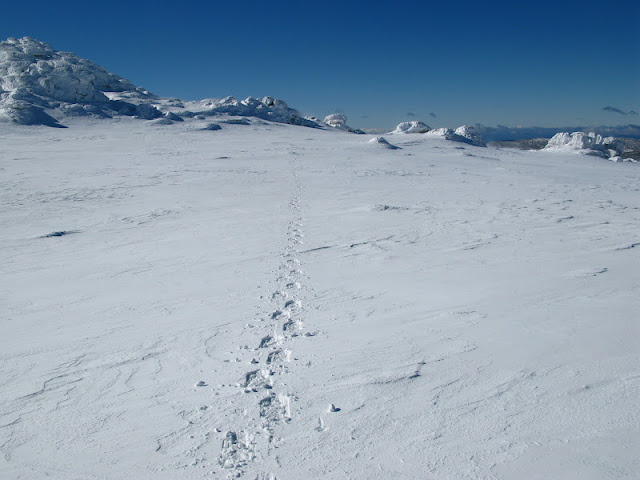 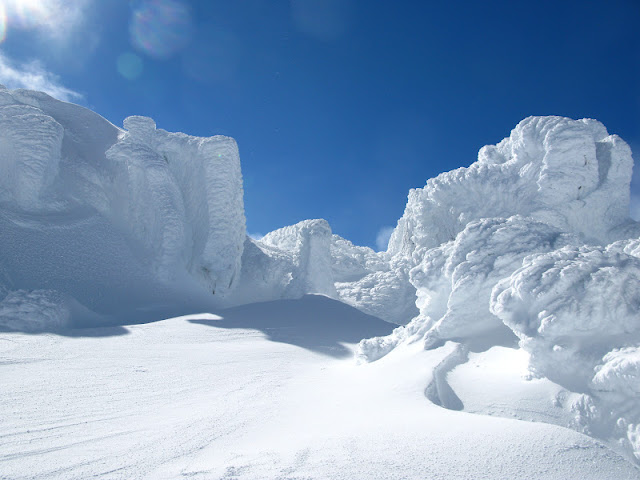 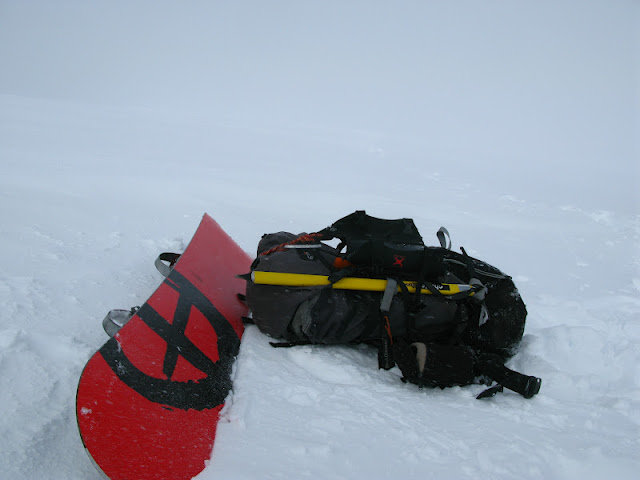 I left Thredbo after having some laughs with friends and headed off a little nervous about my fitness level. I hadn't reached an aerobic heart rate in three months so the pace was slow and deliberate to make sure I had enough in the tank for the return journey.

The "Corrie" (centre funnel in pic) was the first port of call after seeing skin tracks heading towards the "Couloir". A few other regulars were out and about so I didn't see any point in compressing runs into a small area when such a varied feast of vertical was on offer. 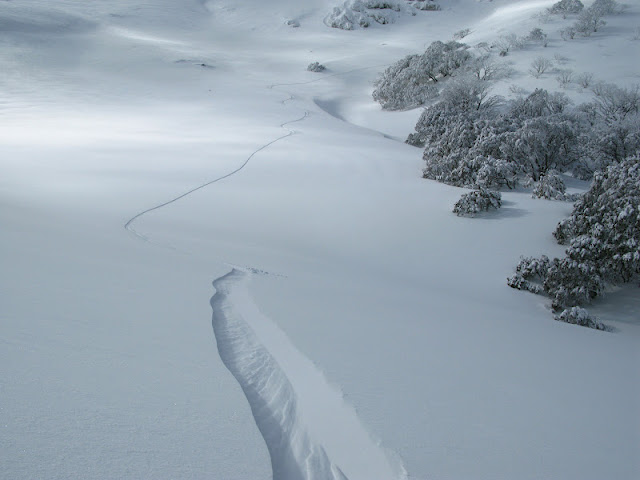 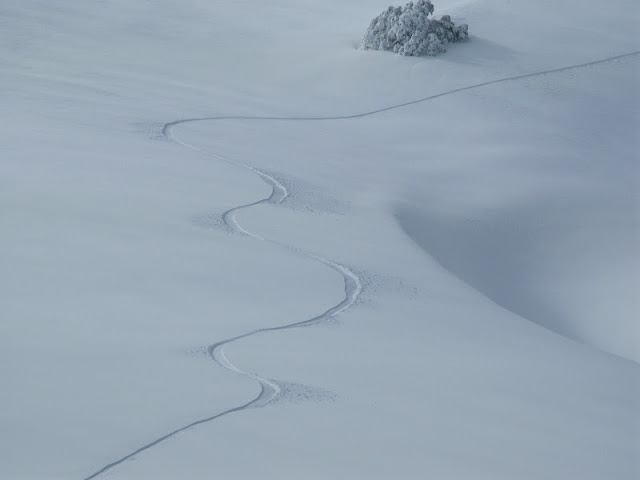 After taking a minute to breathe in at the bottom I noticed some more lines down the Couloir, and someone skinning up peak 1977. Half an hour later I was standing on the top waving down to a couple of ski.com regulars who were well and truly getting their fair share. 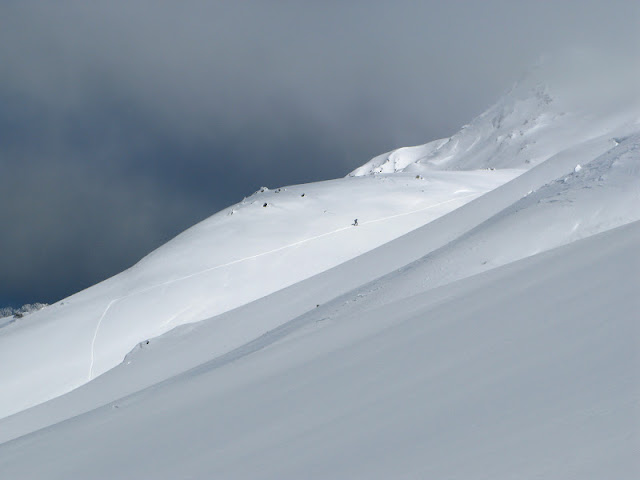 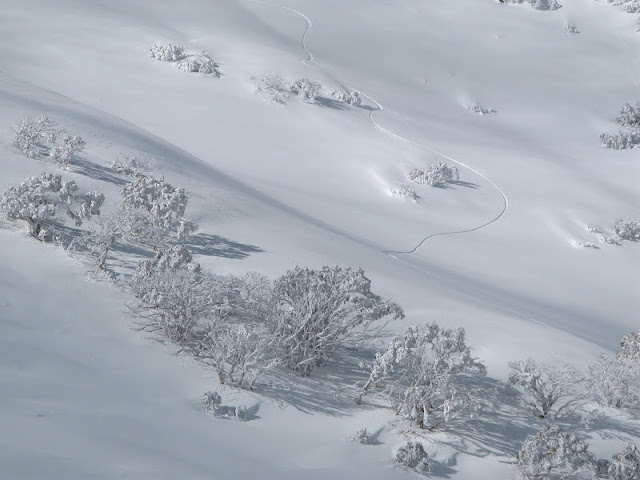 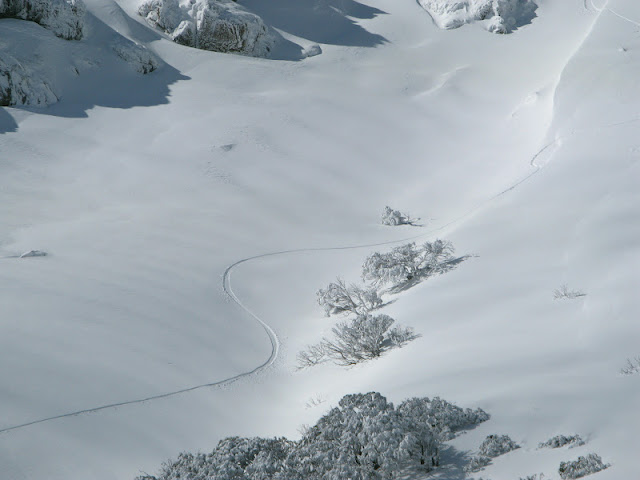 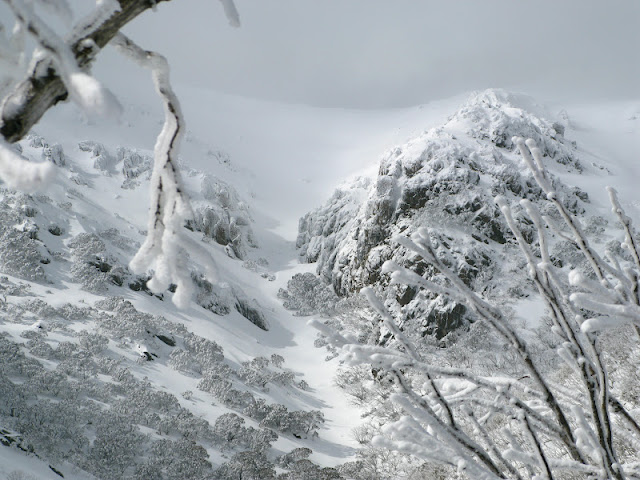 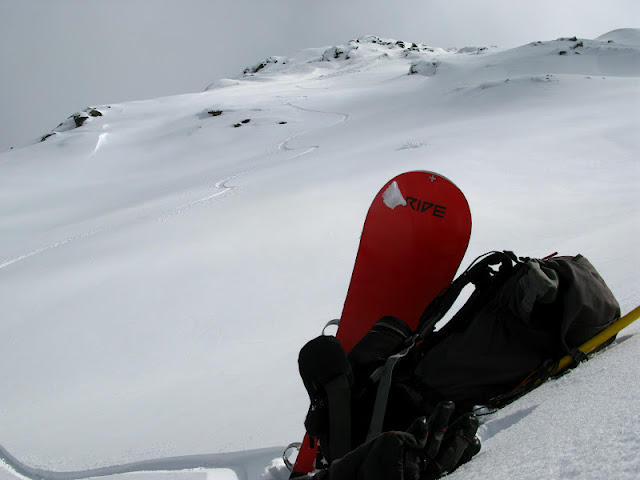 I rode the face, skiers left from the top and found the snow to be just as good as the opposite aspect. The last time I rode the same peak, it was icy at the drop in and some very marginal turns took place on the first 30 metres or so.
No such drama this time around though. I had lunch and took in the view before heading towards the South East Ridge of Kosciusko to hopefully get one more run in on the way home. 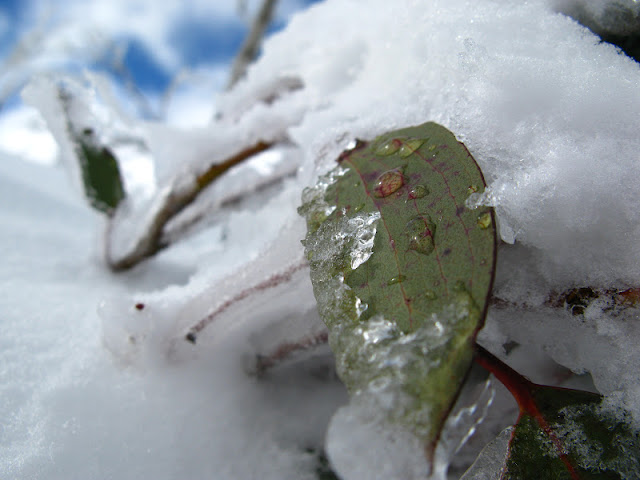 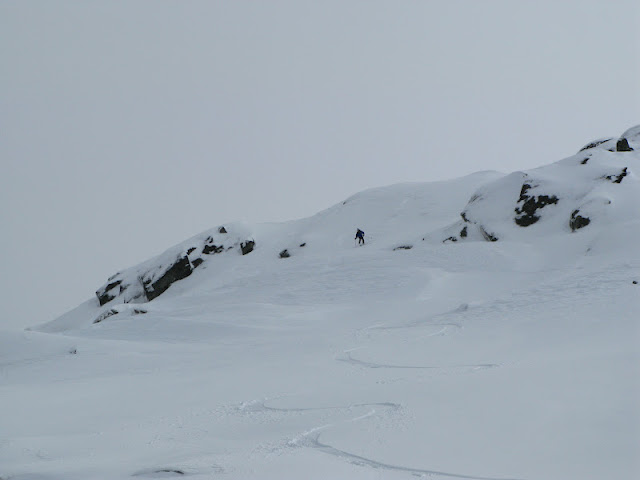 Brian W dropping in on peak 1977. Fitness allowed him a few more runs than I was capable of. 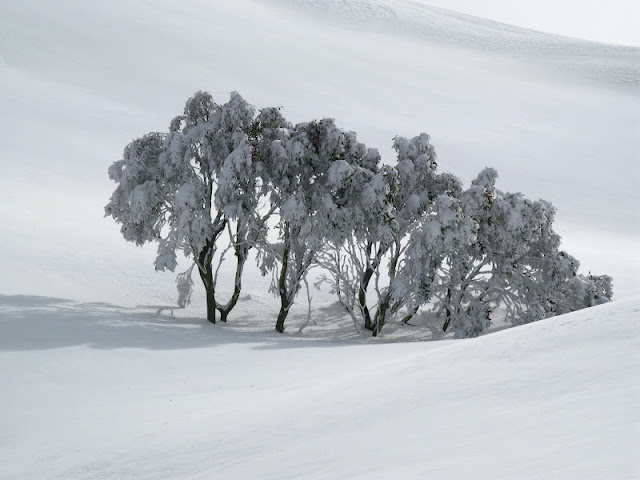 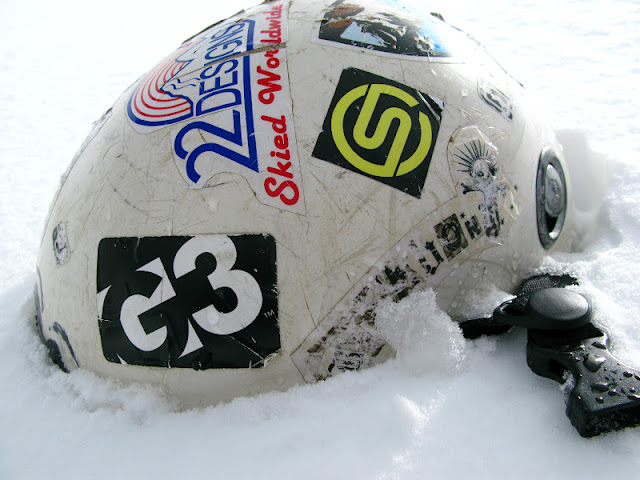 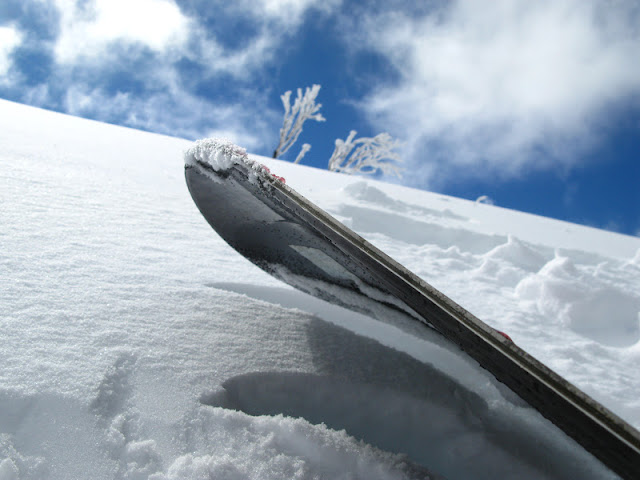 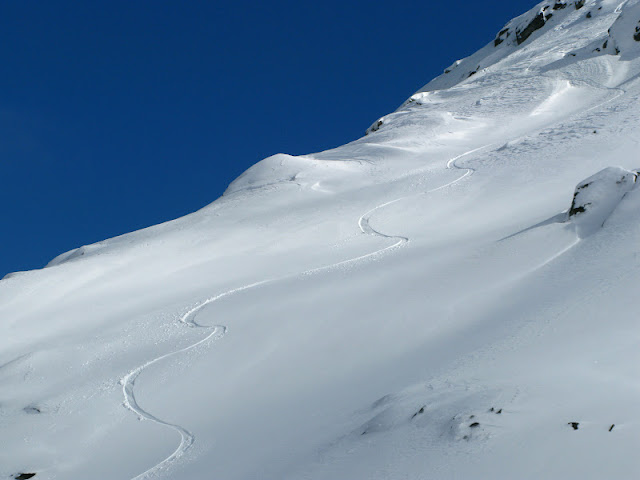 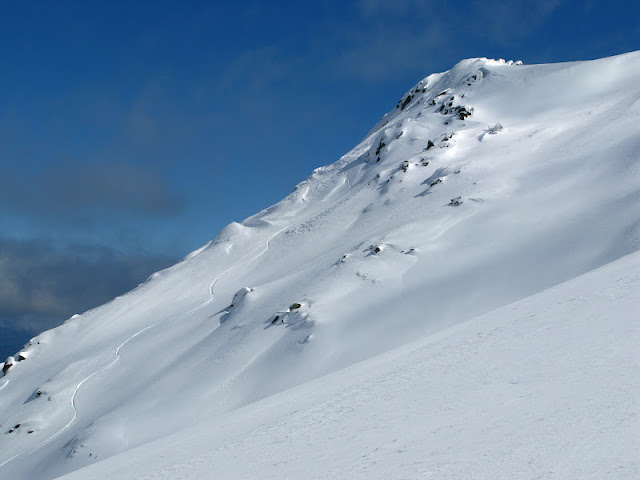 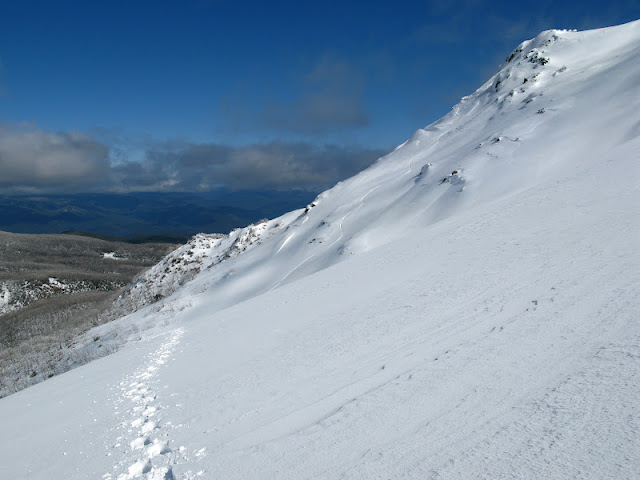 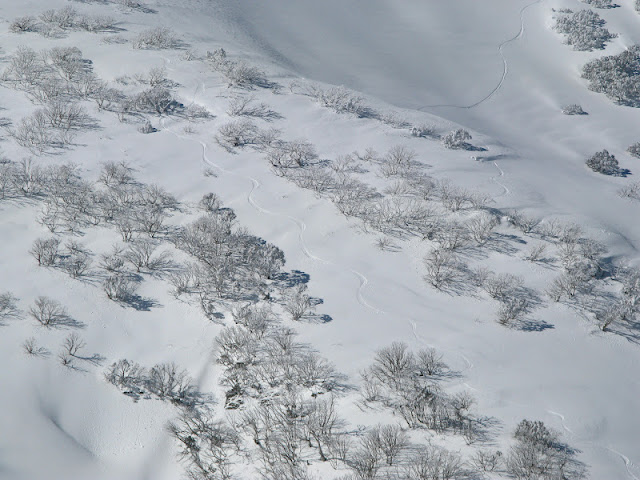 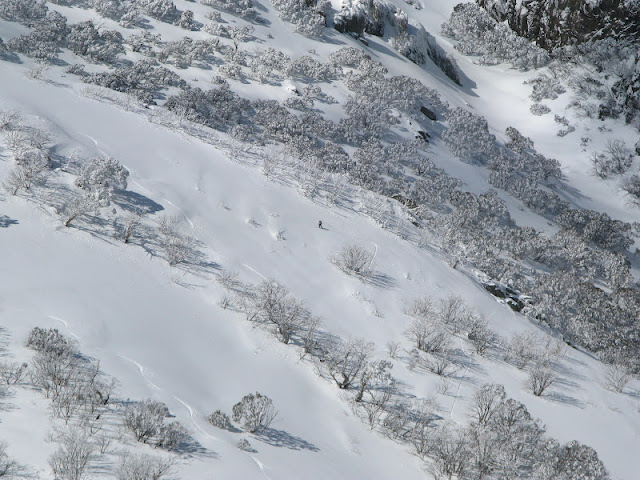 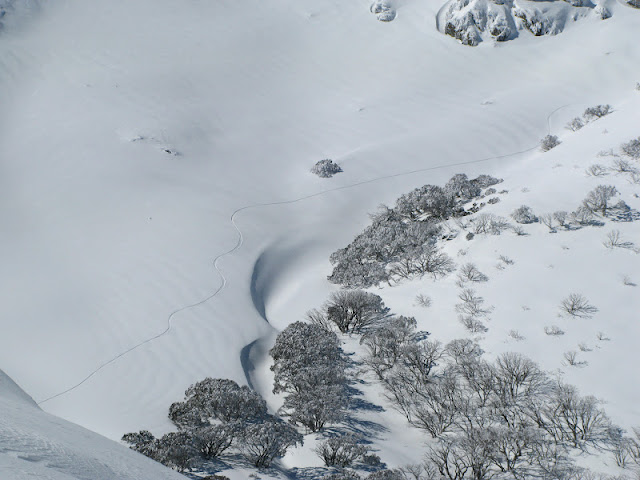 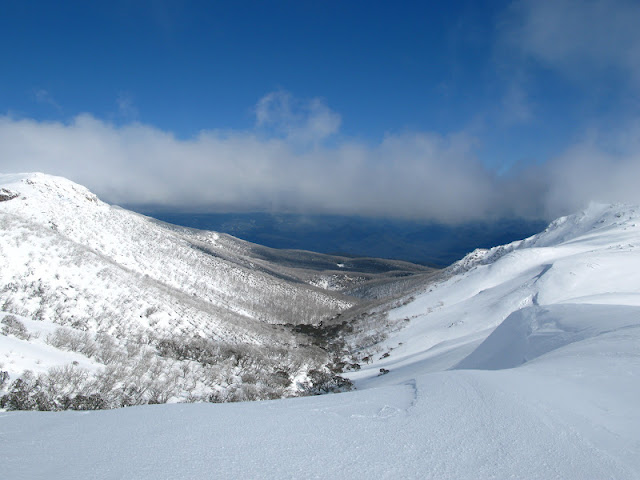 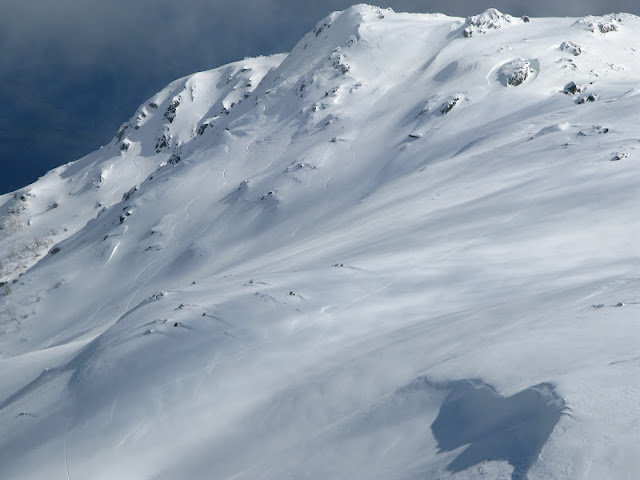 By the time I reached the end bowl I made the decision to head home. Fitness and motivation had run low on this occasion to try and score the Kosci trifecta...and besides, last time I rode the SE ridge it was boiler plate and I slid halfway down so I was in no hurry to fall off it again, even if the snow was in shape.

Closer to Thredbo a kite appeared out of nowhere and I immediately thought it was a couple of friends who were also in the area kiting. Not so....but these guys were stoked to be out. 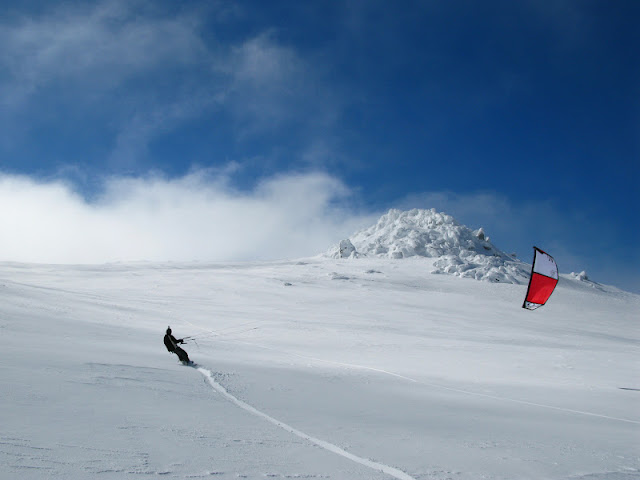 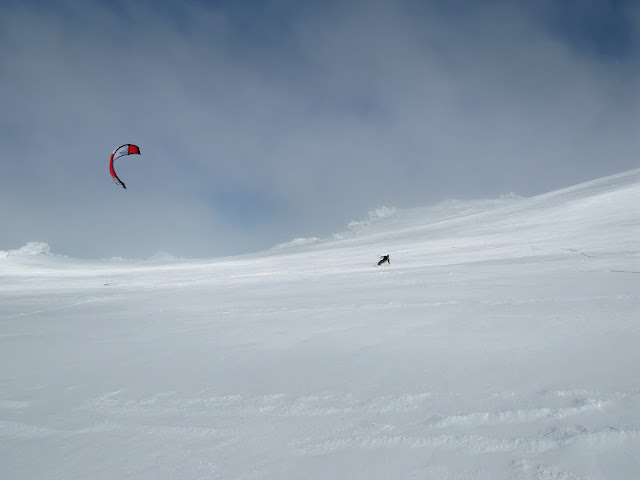 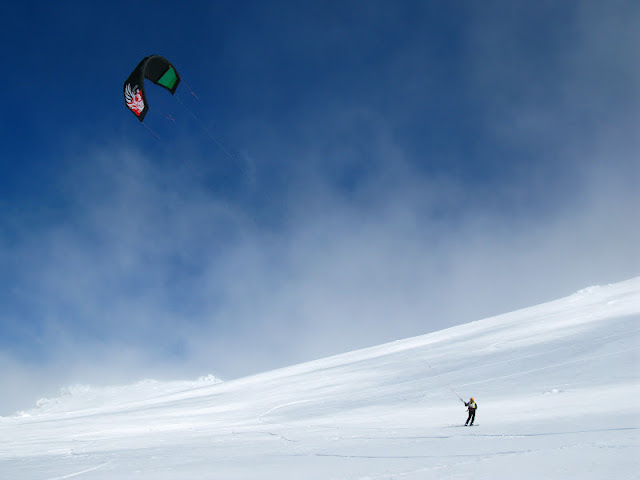 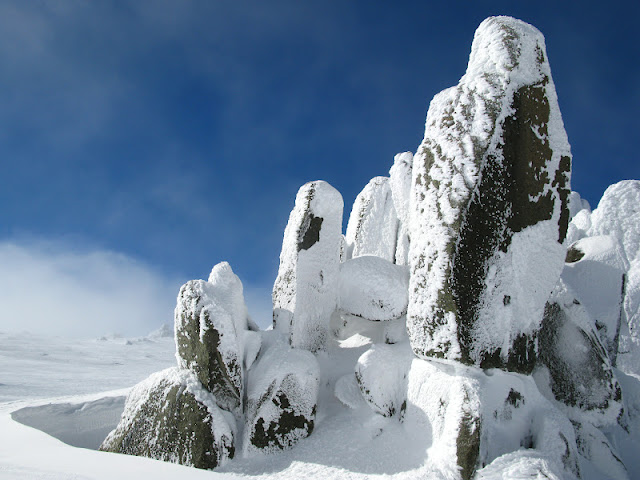 Arriving back at the resort, I felt the full noise of thousands of people speaking a language that seemed foreign. Noisy, boisterous, hectic.....

I had left the same place that morning with questions that I thought hadn't been answered.......All at once the answers slapped me fair in the face......
Posted by D at 8:01 PM