Recently we had the pleasure of spending three days cruising around the Hawkesbury river. With no fixed plans other than to anchor each night in secluded bays and eat, drink and be merry, our adventurous eyes began to wander to the sandstone cliffs that grew from waters edge and towered above.

We found ourselves discussing random possible routes up ridgelines and gullies. It seems to be an inbuilt trait for both Scott and I to see interesting terrain and gravitate towards it, letting curiosity guide us up, over, through or down it until satisfied that anything worth knowing has been discovered.

Having absolutely no prior knowledge of a route adds to the enjoyment and so when we both commented on a particular ridge, a decision was made to return and scramble up it. 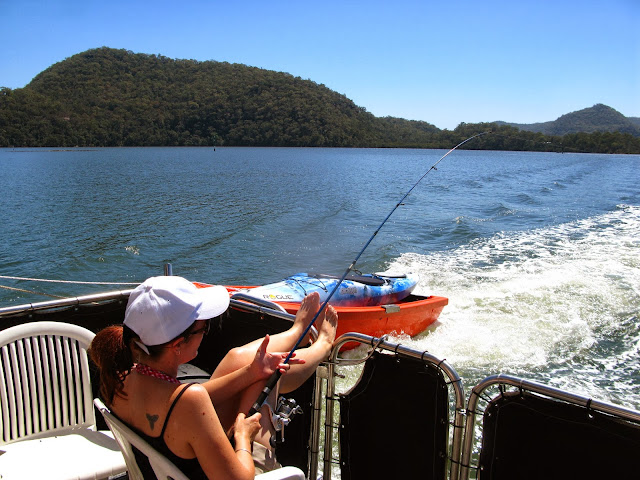 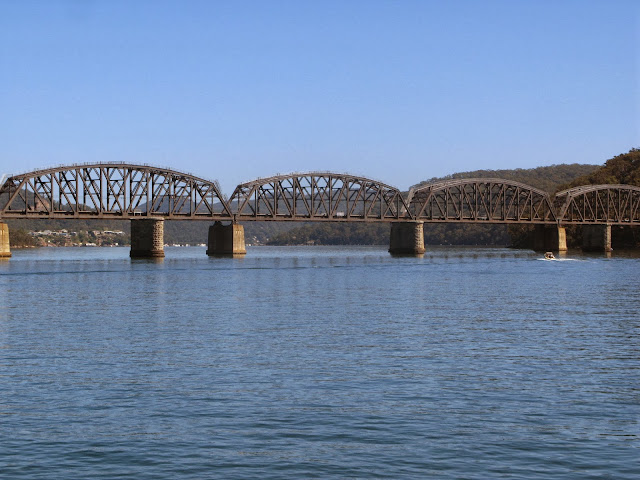 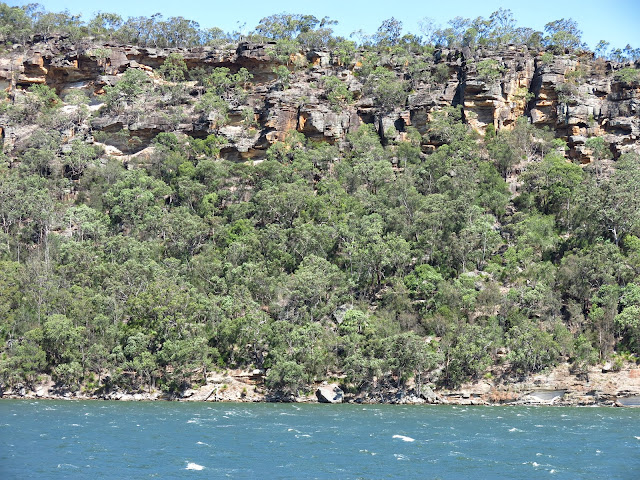 We hatched a plan to paddle from Brooklyn to a point due south of Bar Island, scramble up the ridge and return. The paddle was a comfortable 9klm loop despite the stiff headwind in the afternoon, although having calm conditions early meant reduced visibility due to recent bushfire activity.

In terms of gear, we threw in a few bits and pieces without much thought in regards to the climbing side as we expected to breeze up the point and rap back down the ridgeline in a couple of pitches. The paddle was done with a burst of energy and after pulling the kayak up the bank at a place we had scoped fall line of our descent, the traverse to the point began. 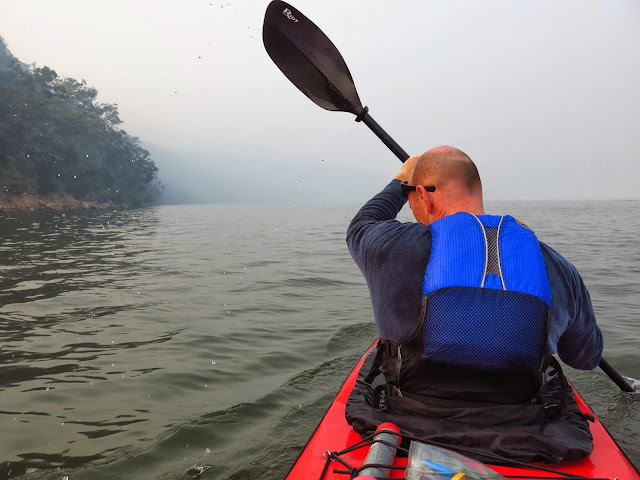 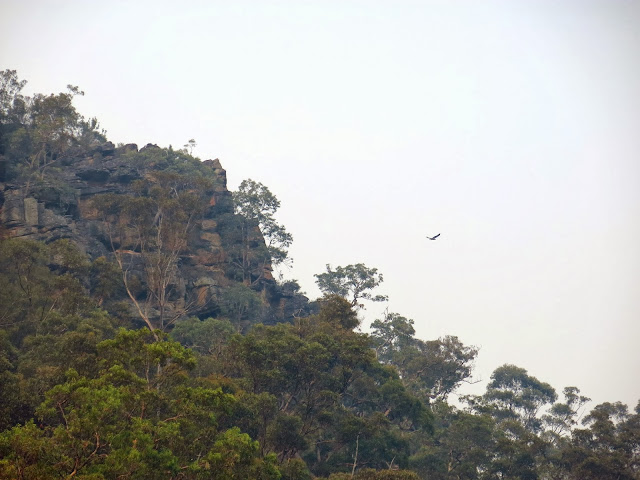 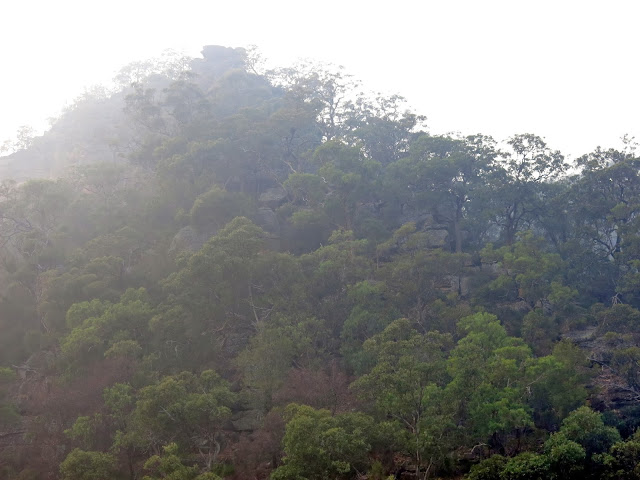 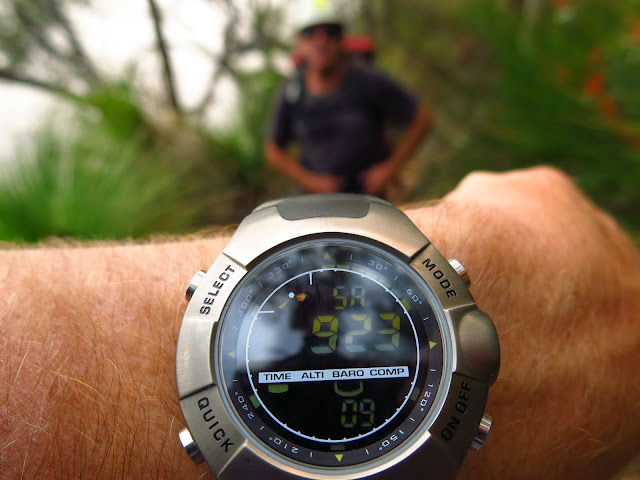 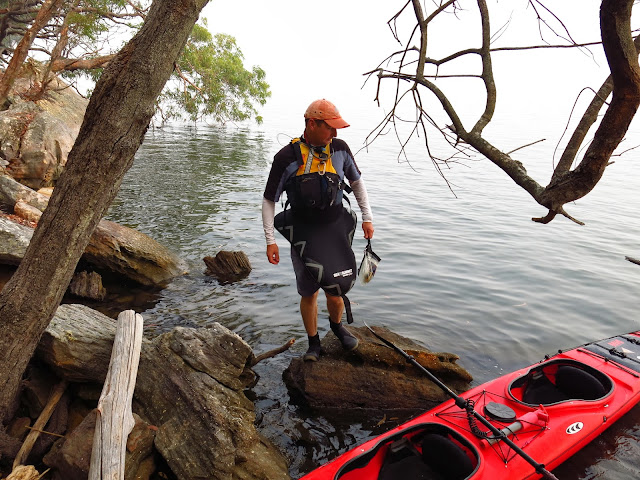 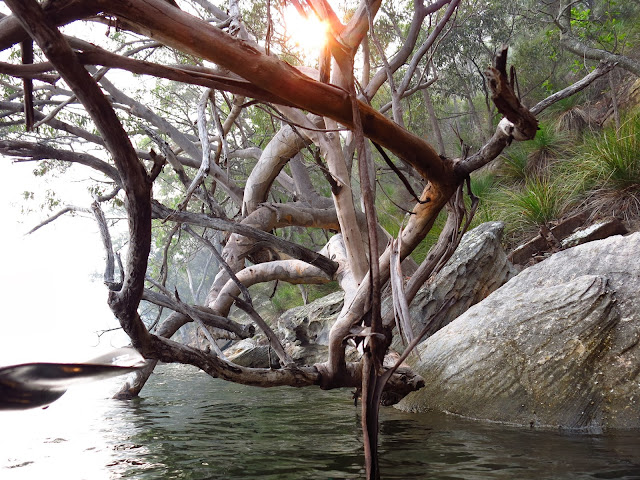 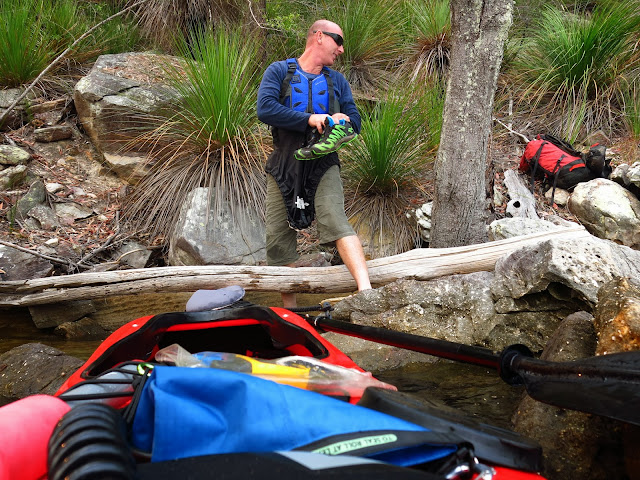 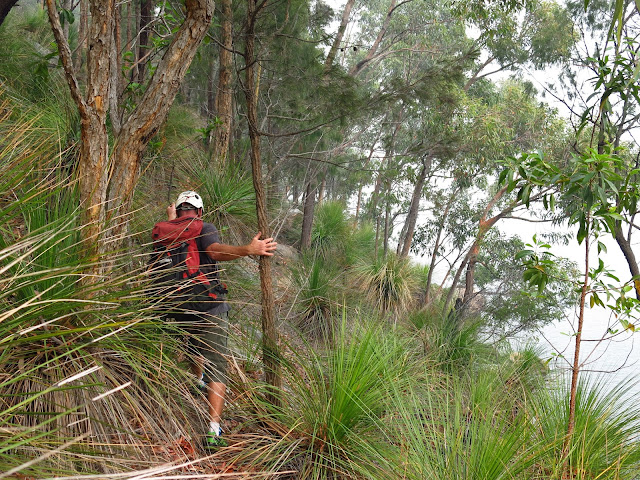 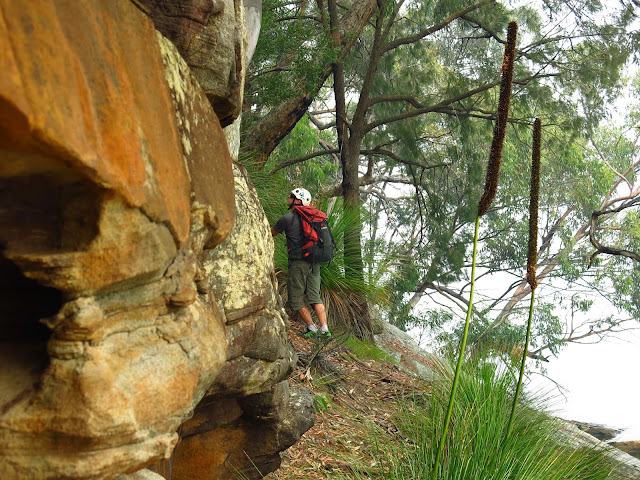 Once we arrived at the nose of the ridge we immediately wanted to climb a couple of short pitches so Scott lead the way up a small crack followed by a series of steps leading onwards and upwards to the next climb. The next crack was another short but fun climb and may have been junk to some, but as I'm no climber it was just the distraction I needed. 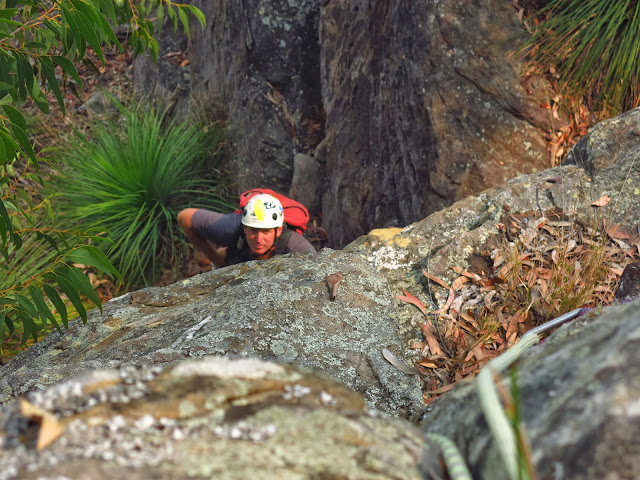 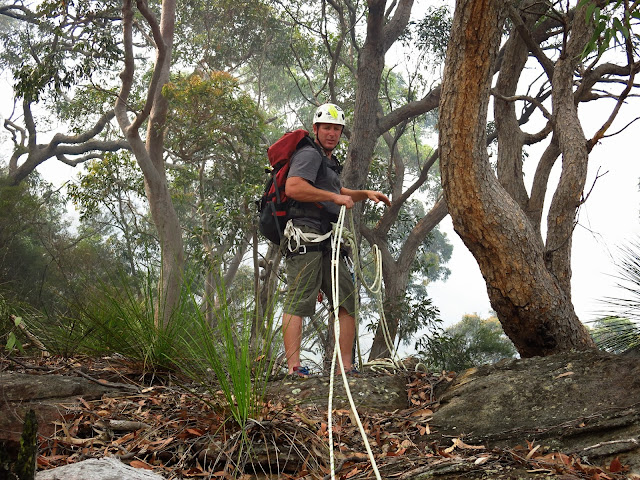 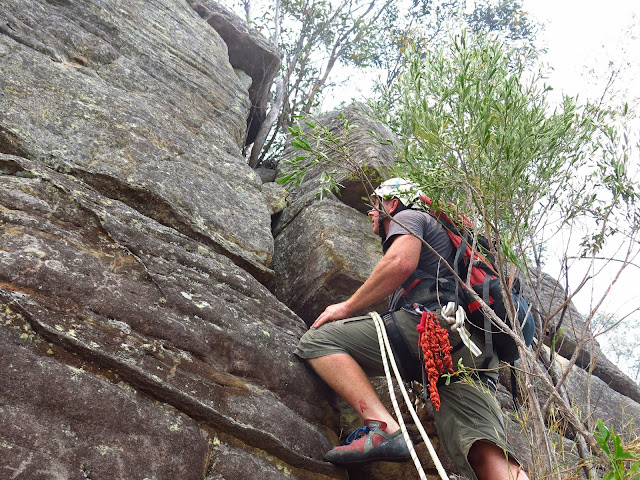 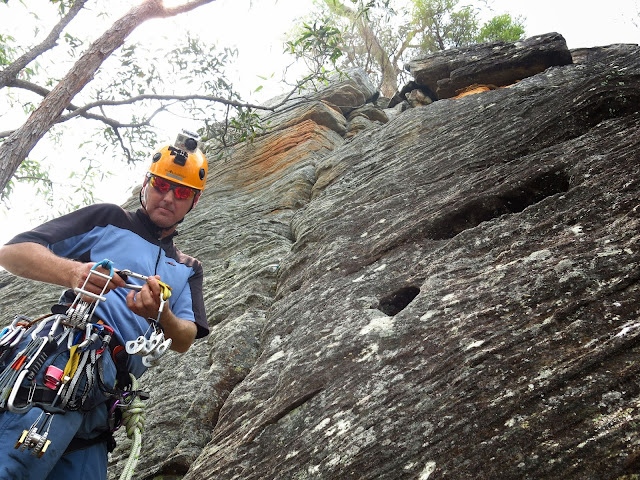 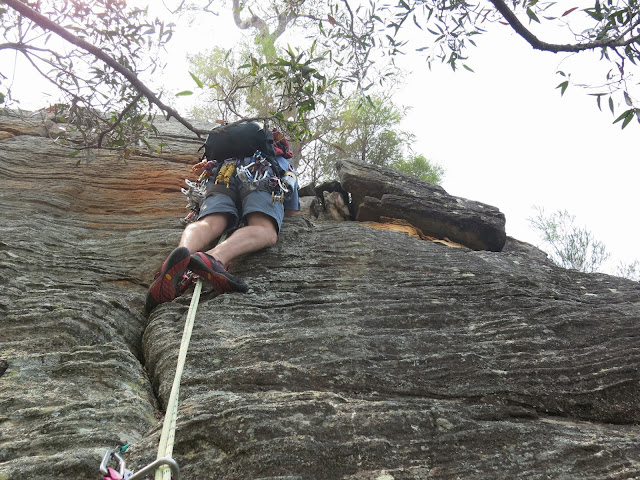 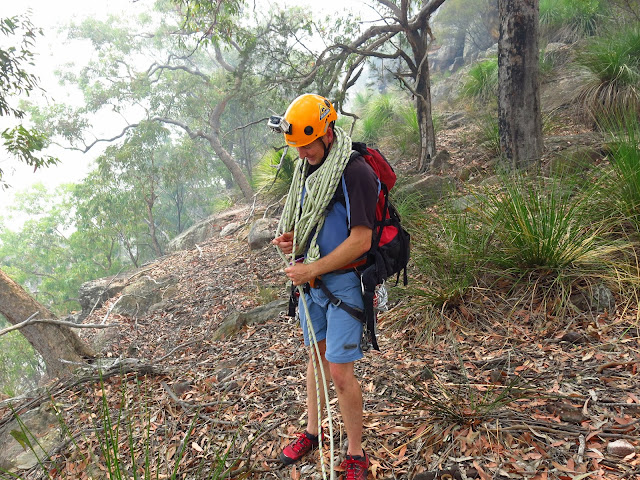 After arriving at the top, the haze from the fires had slowly started to dissipate and we had slightly better views of the river below. We walked along the ridge looking for the rap points only to decide that where we thought a 60m rope would suffice for the first two larger pitches, it was going to be short on the second pitch. It was hot and with two cold beers back at the kayak we opted for a variation on the descent that took us back closer to where we had ascended. 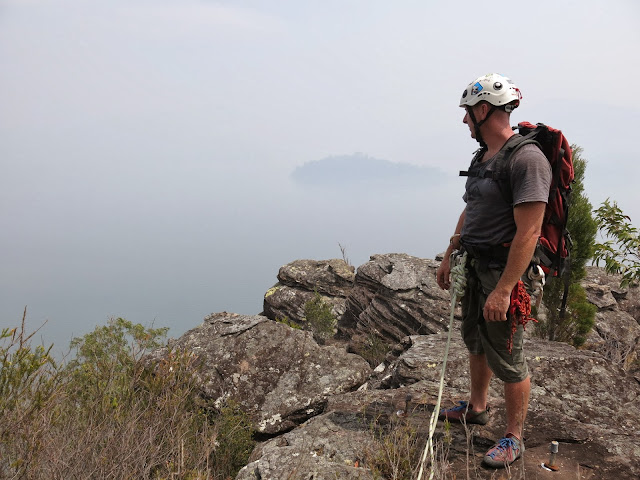 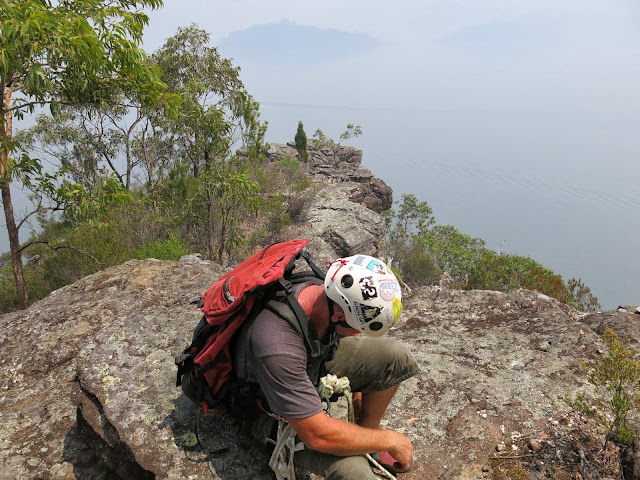 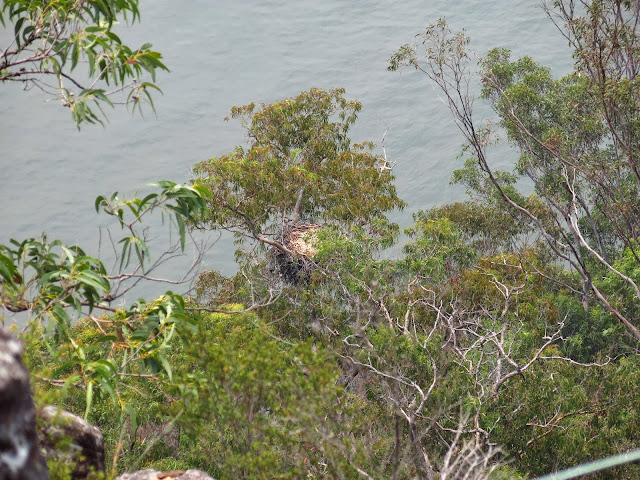 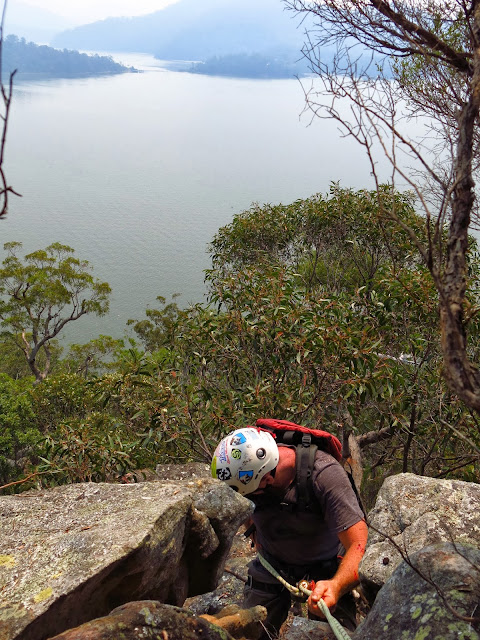 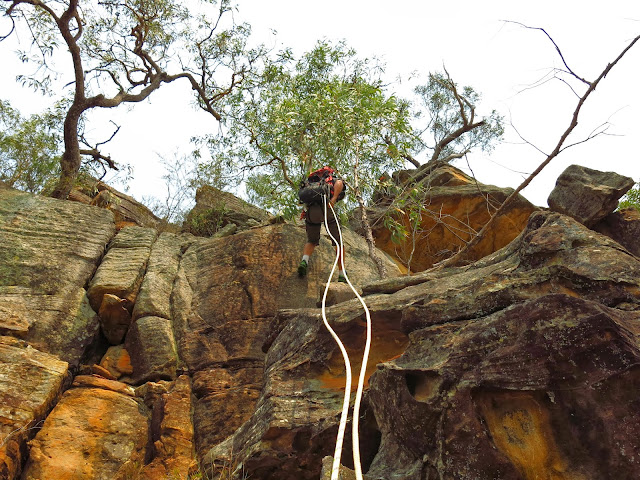 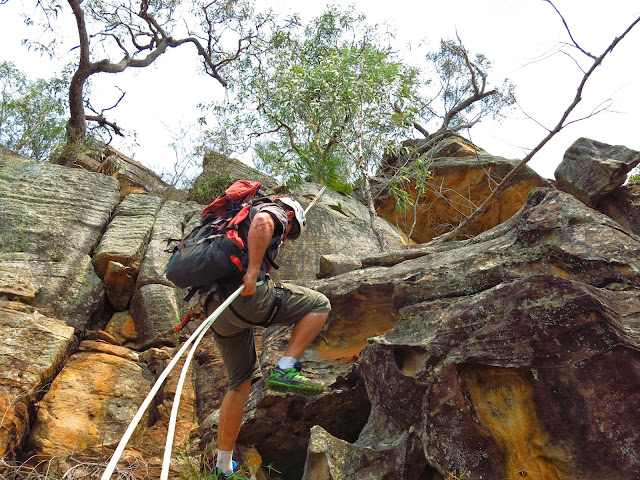 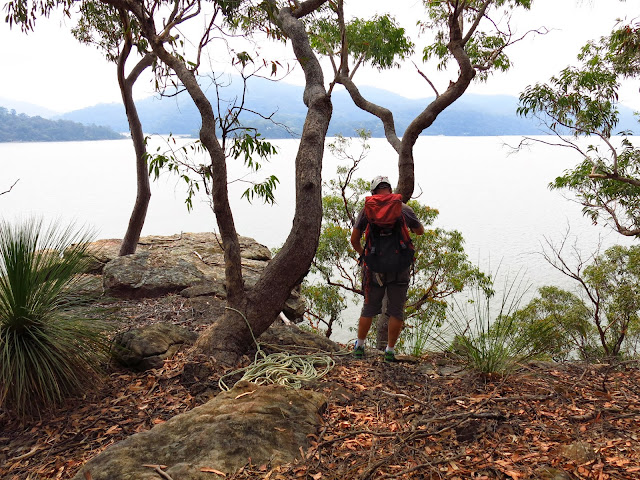 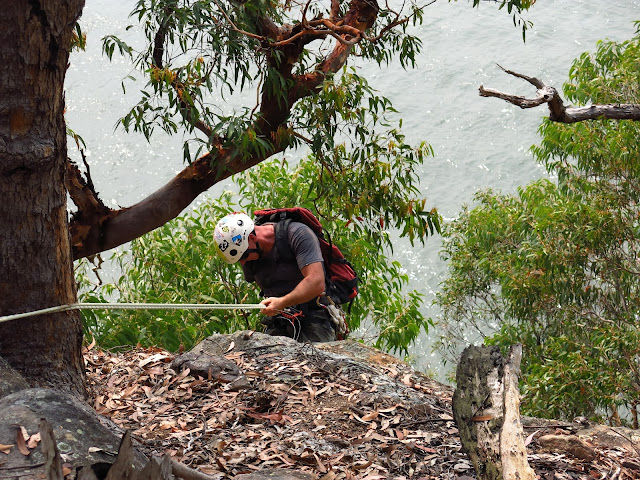 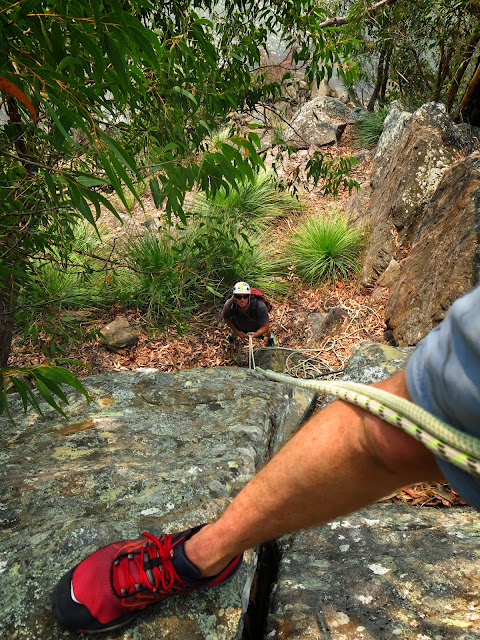 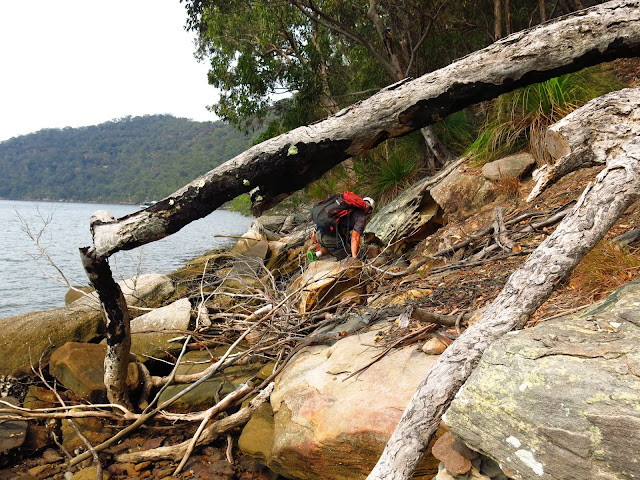 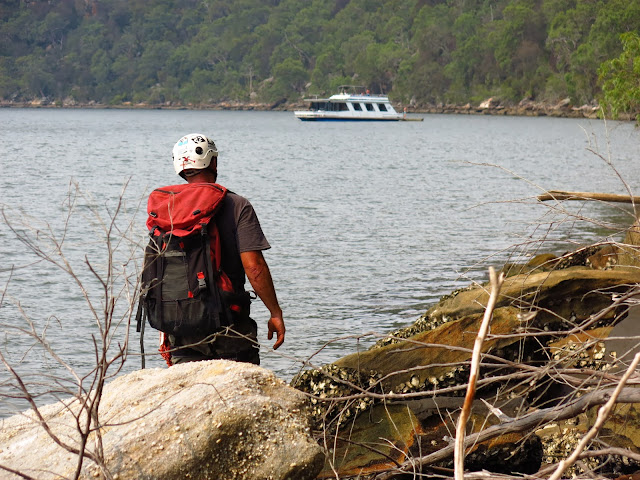 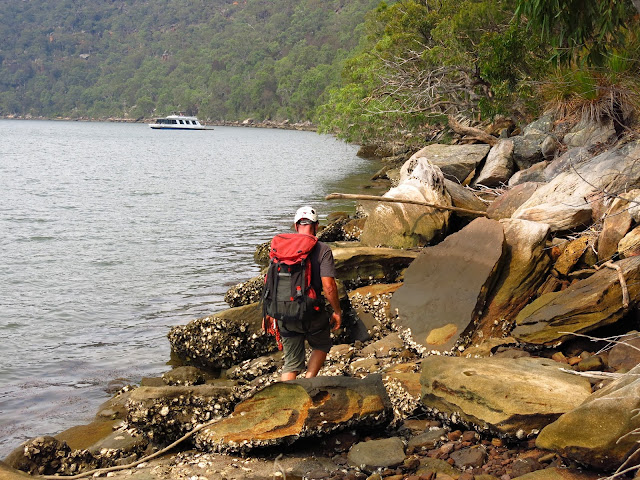 
The temp dropped by almost 10 degrees at water level and the tide had gone out to reveal an abundance of oysters on the shoreline. Back at the kayak the beer was still cold and we sat looking across the bay discussing how lucky we are, and both had an overwhelming sense that so many people just don't get it. Some never have the opportunity, and others simply throw it away only to wish they had held on to it for dear life.
Get into it.