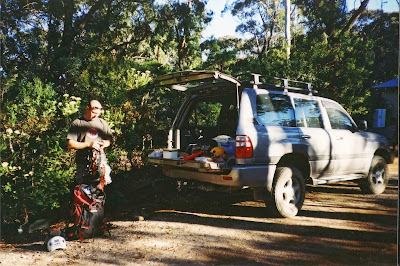 I've been working my way through scanning in some old pics and thought I'd throw a few up. I'm looking forward to doing a few canyons this season as it's been quite a while since doing any.

Some of these (poorly scanned) pics made me laugh because the memories of getting caught in some tight spots with tiger snakes and the odd brown snake were priceless. The two canyons in the pics are Geronimo and Whungee-Wheengee.


Geronimo is a short but interesting grade 4 which had hundreds of crayfish in the pools. Fairly straight forward from memory and ends on the Wollongambe river. 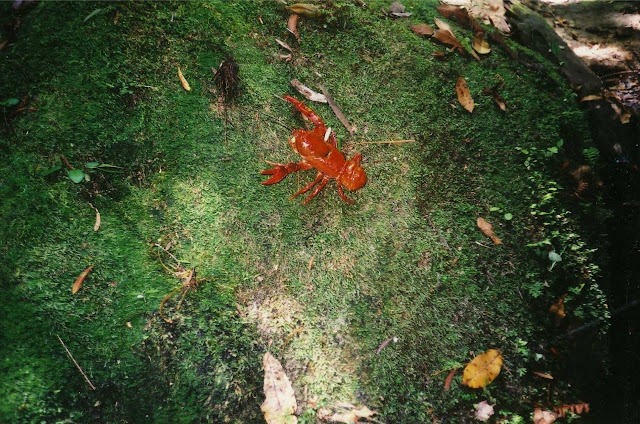 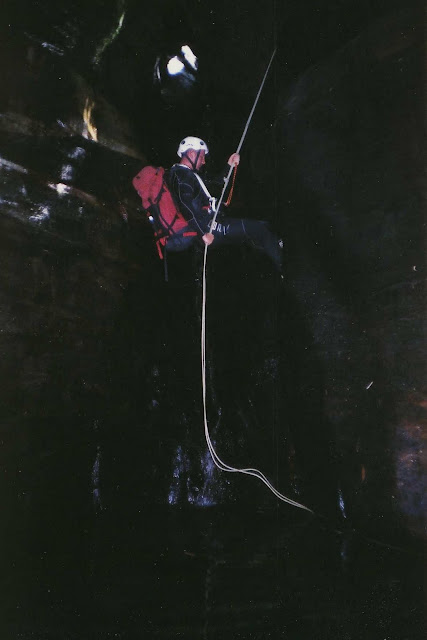 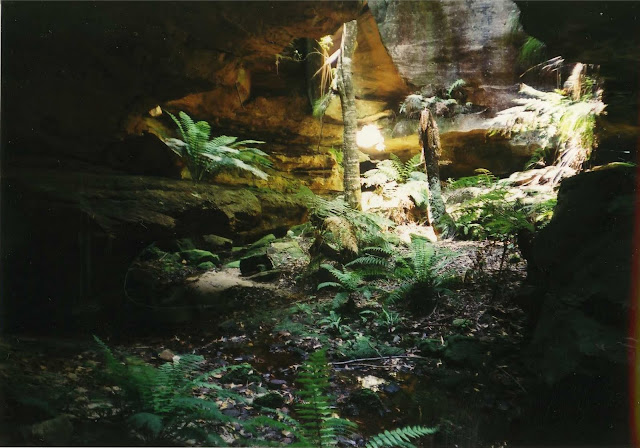 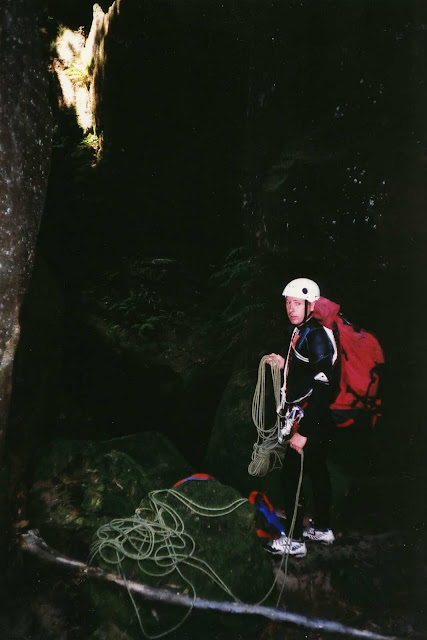 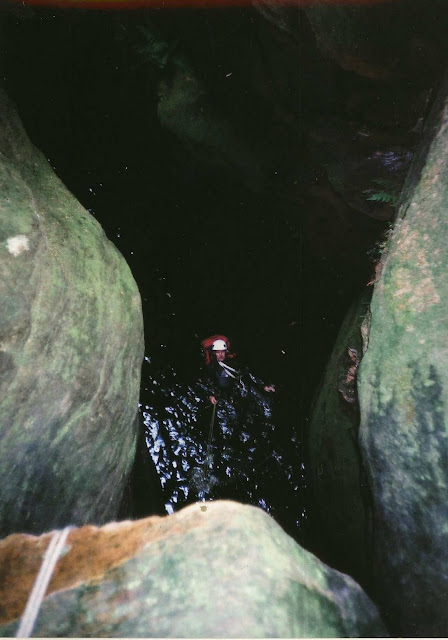 As usual we didn't see the snake until we almost stepped on it. This one was having a drink on the bank and couldn't care less that we were only a few feet away. 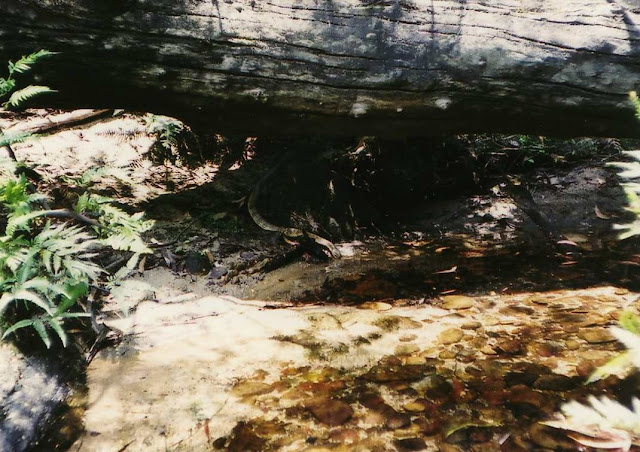 The next lot of pics are from Whungee-Wheengee canyon which was a great grade 5 canyon, and a funny day out due to a few snakes that wouldn't let us through. 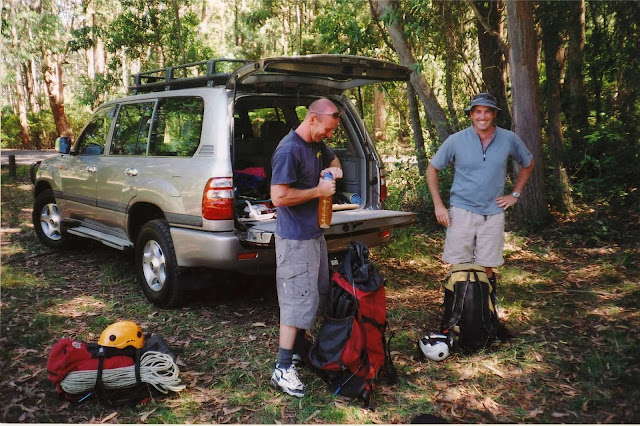 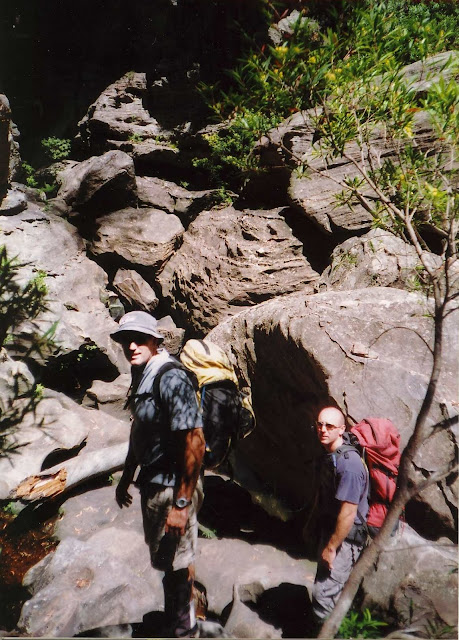 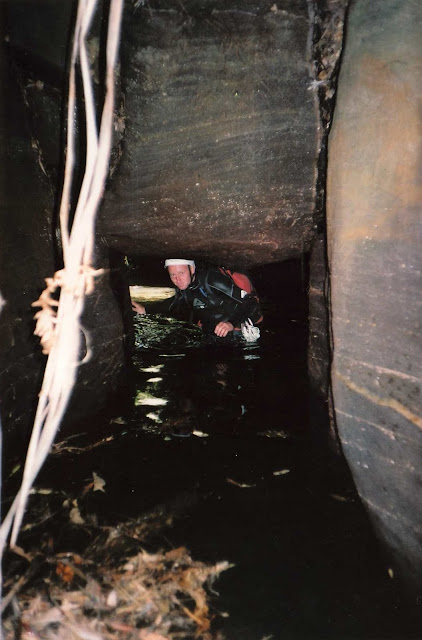 The canyon had some fun squeezes, dark sections and some areas that needed submerged tunnel swims. 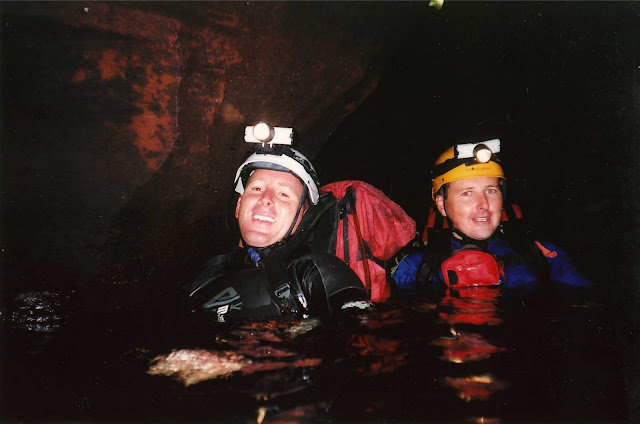 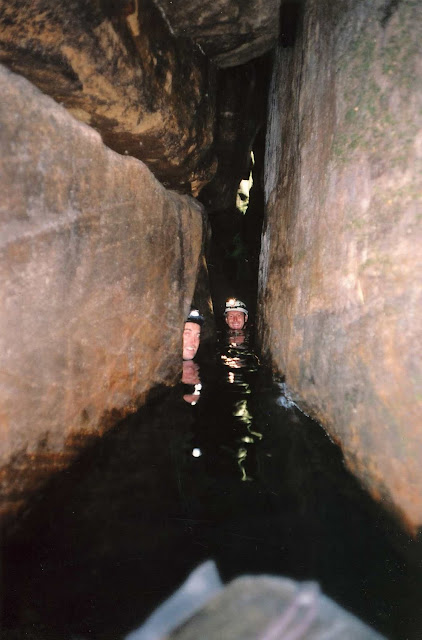 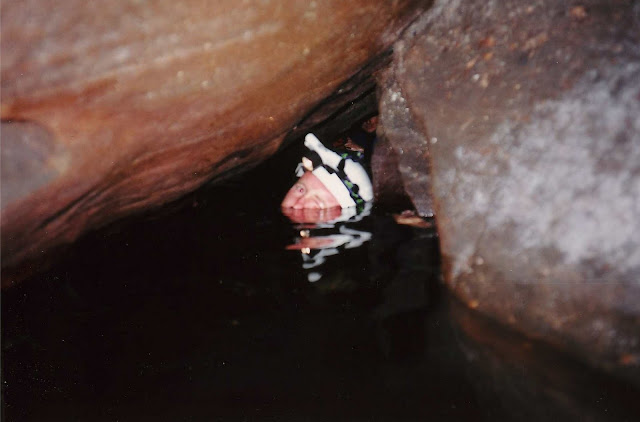 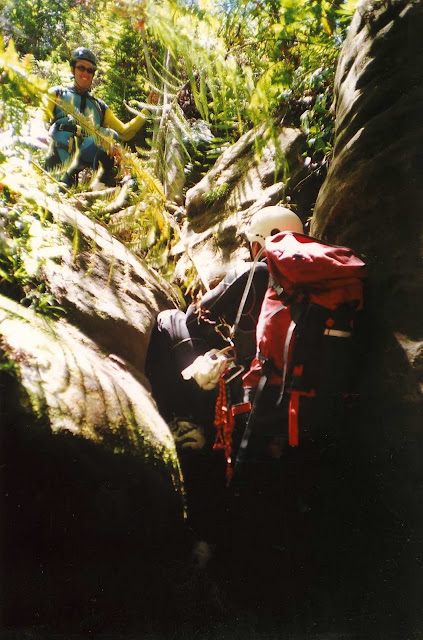 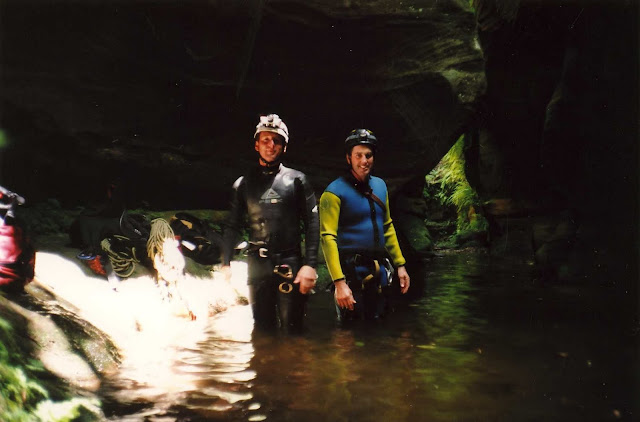 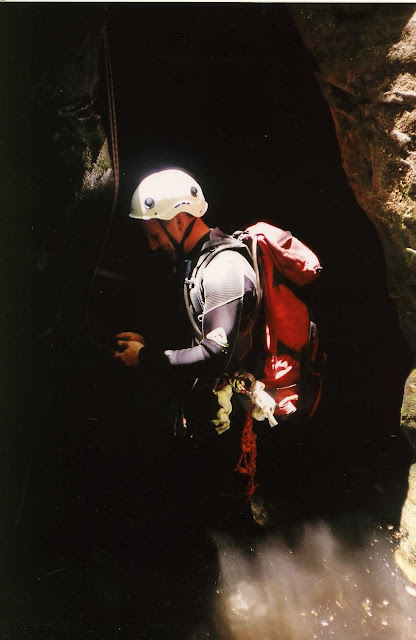 The problem with some snakes is they are quite aggressive, especially when cornered! This one was pissed and it took a bit of time to inch past it. It may have only been a diamond python anyway.... 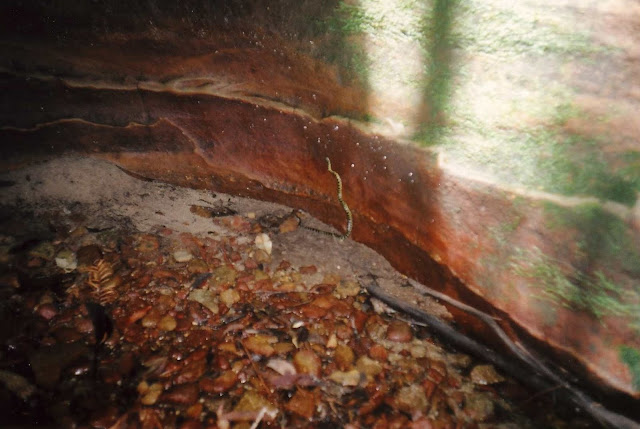 It was bloody hilarious when the next snake just wouldn't let us through. Scott had somehow managed to walk by it before noticing it and left myself and Wayne on the other side. Wayne was freaking much to my amusement but being a brown snake it wasn't really a laughing matter.
Great day out. 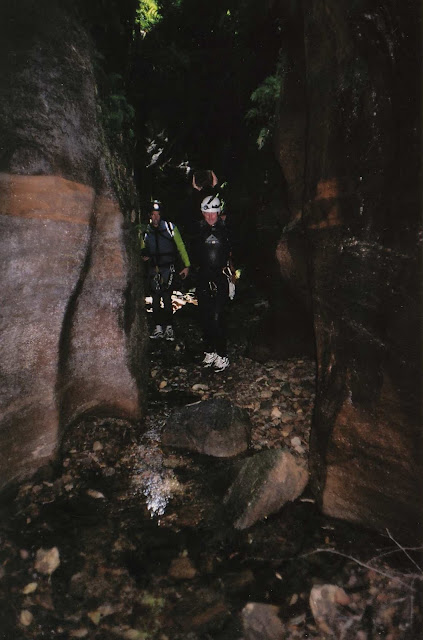