After a fairly strong low swept across the mountains leaving a metre of new snow, a fat high pressure system parked over the range producing the best weekend of the season. I had planned to do some kiting on Saturday before the wind died off completely so after sleeping in the car at the overnight carpark in Guthega I got away reasonably early.

I had anticipated a rush of eager participants as the conditions were great, so after a quick run down to the dam I found the only tracks across were from the day before. The view was awesome, and it was good to see a decent amount of snow after a slow start to the season. A base of almost two metres by late August should see some nice spring skiing.

The plan was to meet up with some friends and camp somewhere around the "Rolling Grounds" to kite as much as the wind allowed so I headed up to the small bridge near the old rope tow and started the long uphill journey to Tate. The wind ranged from dead calm to 5 knots and only seemed to be consistent in the valley behind Tate east ridge. It was tempting to drop the pack and kite for a while but I also wanted to setup camp and ride Tate so after arriving on the summit at 10am, I strapped in and rode a traverse towards "Consett Stephen Pass". 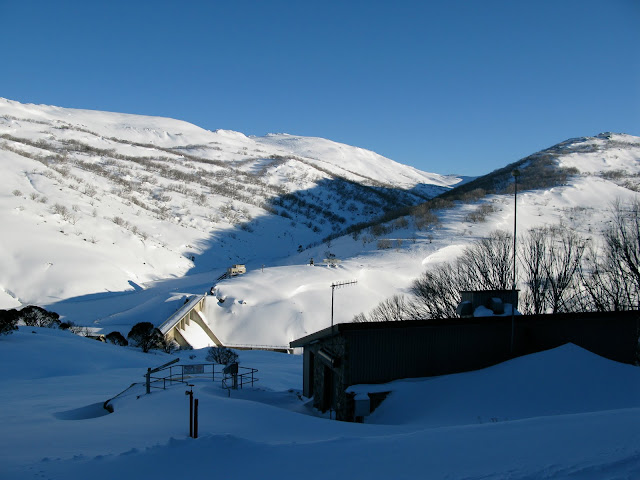 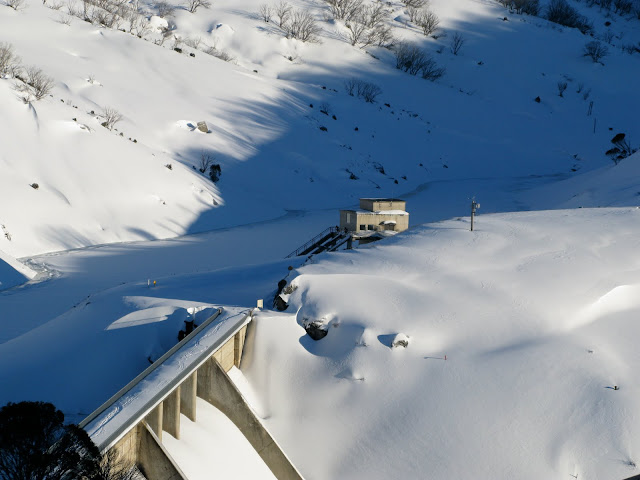 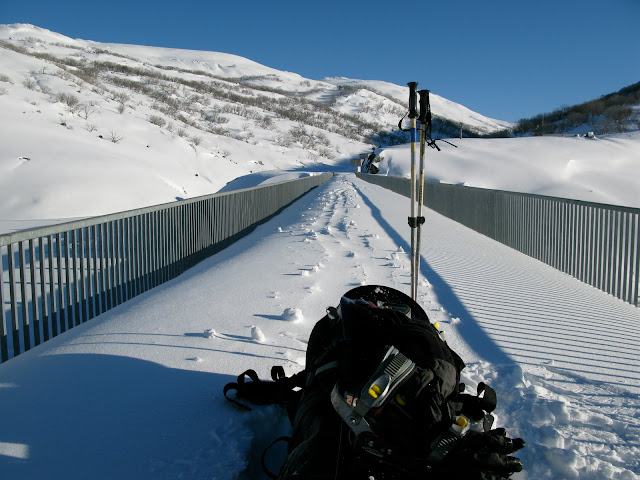 After about 10 minutes into the uphill I was overtaken by a couple on skis who were headed in the same direction. 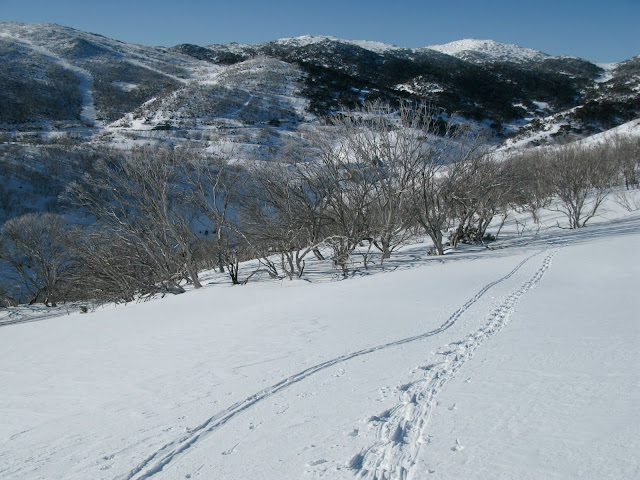 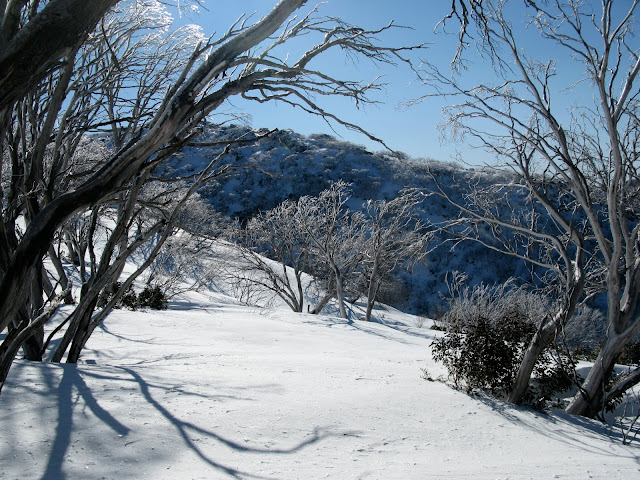 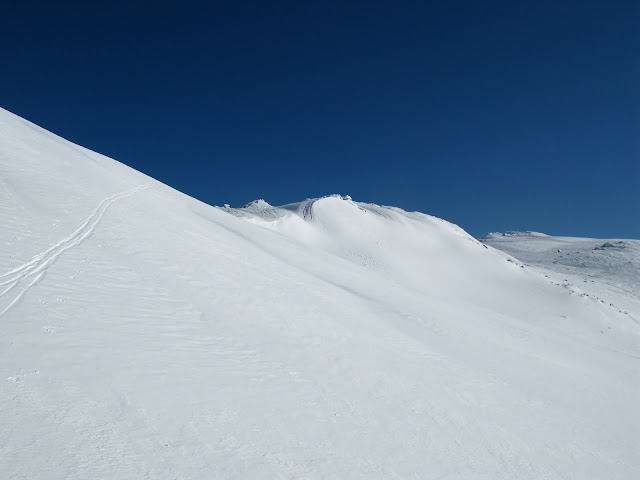 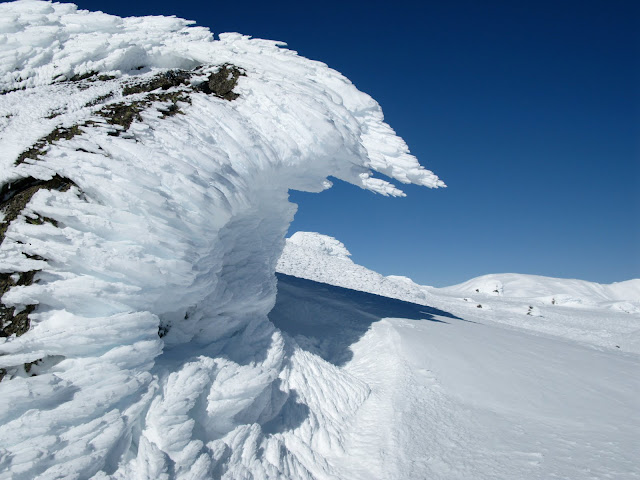 The usual rime formations after a storm. These were just off the back of Tate. 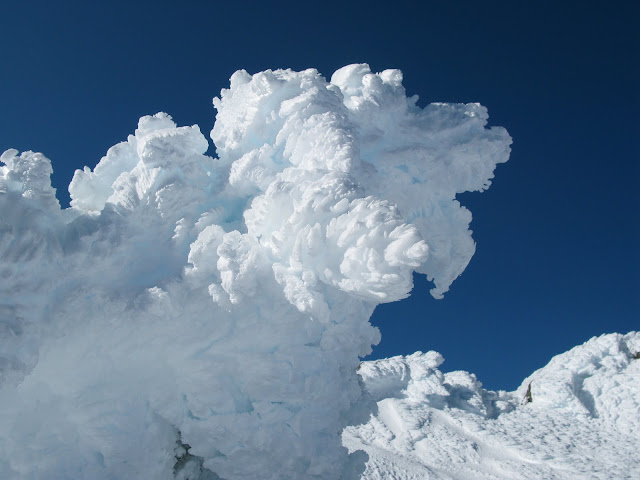 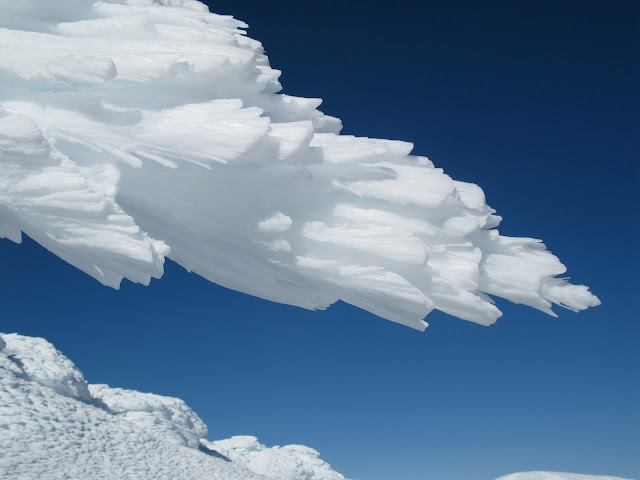 After arriving at Consett Pass I set up camp in a rush to download all my gear. The wind had picked up to around 4-5 knots so I pulled the kite out, got setup and strapped in......then the wind suddenly died. Fark.... I sat for another 15 minutes and waited......finally up it went.
For the next half an hour I tried to power my way up onto the Rolling grounds but all I managed was half a K down Windy Creek before the wind dropped again. With the high pressure moving over the main range I figured it was all over for the kiting.
It was back to camp and then off to have a run down Tate.  Got a call from some mates saying they would be late out to camp so I booted across and then up the face. Nearing the top I saw someone filming the drop in point. It was James (OZBC) and Mark (TBP ski.com) so I tried to line up some banter for the camera as Mark dropped in. I raced to strap in, in the hope of poaching James's line. He beat me to it though so I followed him down to the group below and had a chat.
As we were chatting I caught a glimpse of a kite on the ridge so I headed back to camp. 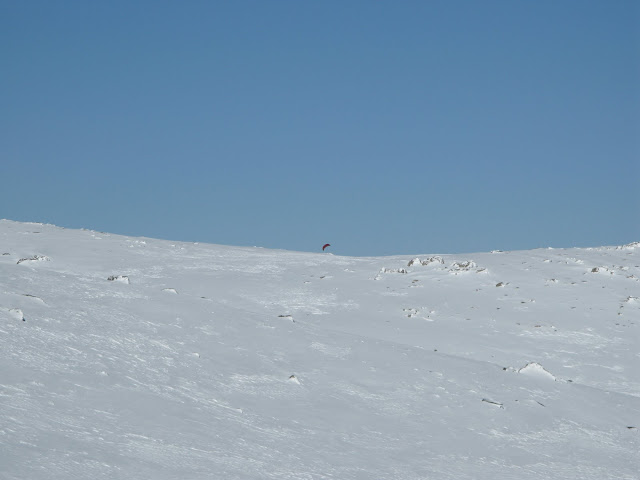 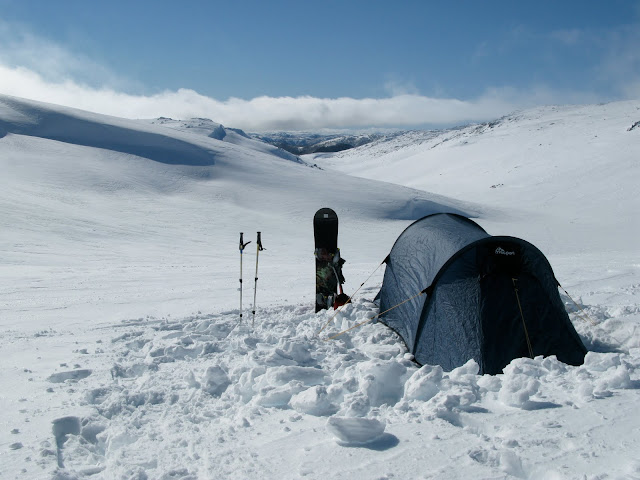 Windy creek was a great spot to camp. 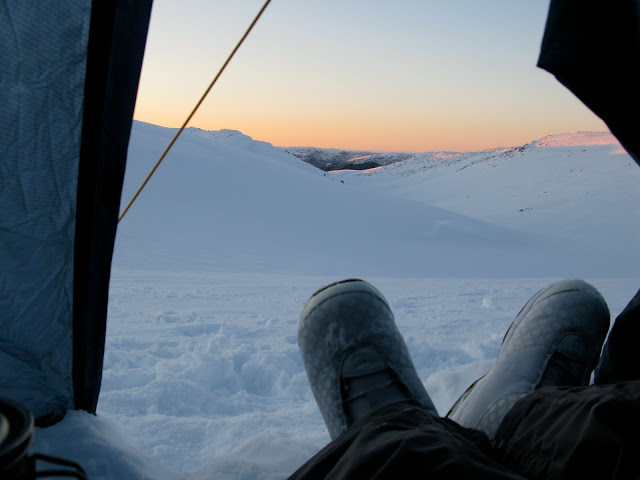 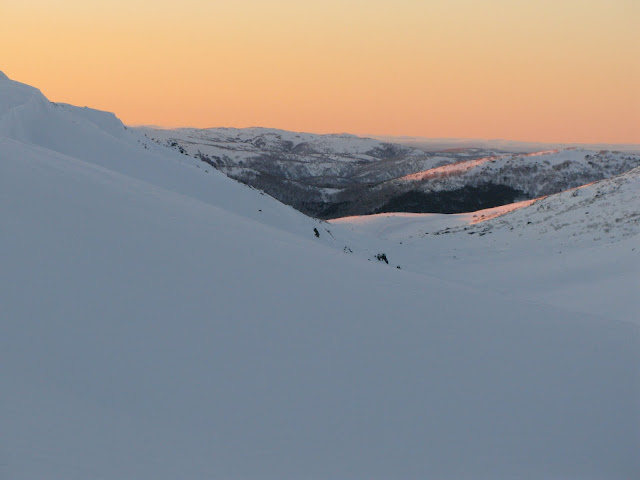 The others finally arrived at camp with stories of three am starts, long traffic jams thanks to RBT's in Jindy and only a few hours sleep between them. Their accommodation for the night was a snowcave so the two hardnuts found a nearby slope and got stuck in with the shovels.
I had a serious case of sunburn due to leaving the suncream in the car so after melting snow and eating I crashed out. We all had around 12 hours sleep which was great.
The next morning we headed up to check out the Rolling ground from Tate west ridge which turned into a great meandering two K ski. From the end point we had a nice run down into the creek and headed back to camp to farewell Dave who was off to Jagungal area in the hope of catching the nor wester home again. 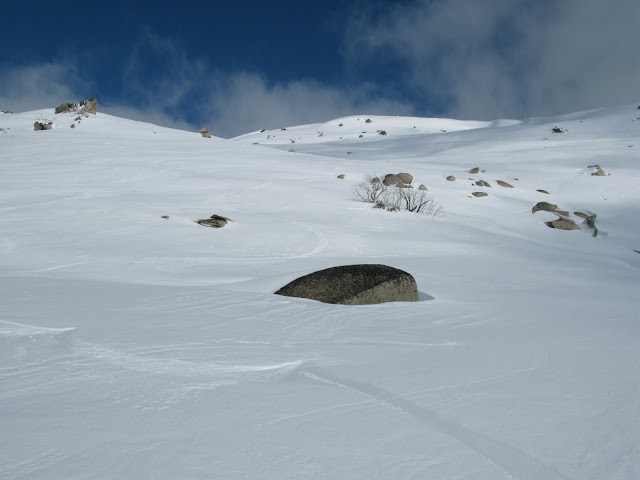 Pat and I headed back to Tate for one last run down the face and ended up in a bit of low vis near the top which cleared for the ride. The snow was in good condition and we had a blast.
After packing up camp we had a nice run down the ridge back to the dam and eventually the car.
Another satisfying weekend away. 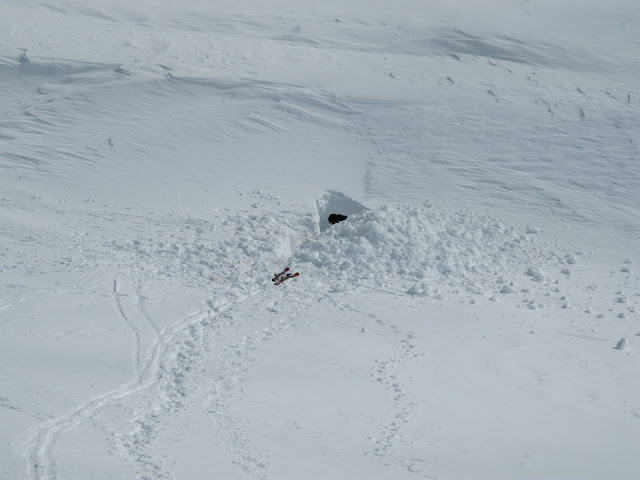