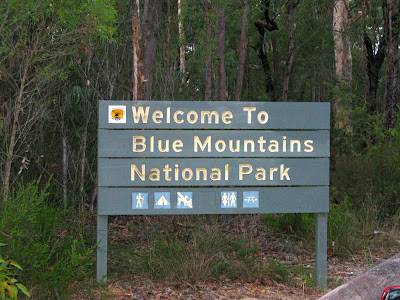 Kayaking websites have become my new favorite tool for bushwalking. I find myself searching through them for new areas to packraft. They give a great insight into which rivers and creeks can be run, at what heights and grades.

I have been looking around for easily accessible creeks to run that don't require long drives, car shuffles and bike loops. Basically, after work type runs and half dayers so I can squeeze in some fun between a fairly hectic schedule.

The biggest problem faced is the fact a lot of local stuff is in an urban area so the runs are often dangerous due to debris and only work when large amounts of rain fall in a short time. Lately I've been racing down to a few of the local creeks after heavy rain to check on some interesting drops and runs in the hope of running them soon.

After reading the guide for Glenbrook creek I decided to do a recce for when the water levels come up.
It's 3 K's of grade 4 when it runs properly between .7m to 1.3. See here - Guide

The river gauge has not been accessible on the BOM site for a while, so after 100mm of rain in western Sydney a week prior I figured I'd just go anyway even though it would be back down to low levels. I decided to use public transport as it's quick and convenient.

Glenbrook station was bustling with bikes as I stepped off the train. The popular Oaks fire trail loop was in full swing as I headed to the park entrance and on down to the causeway. I was quietly hoping that the creek would still be high enough to run but not so. 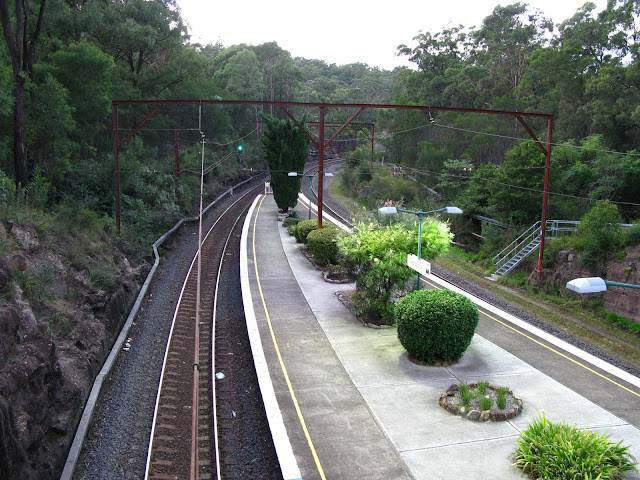 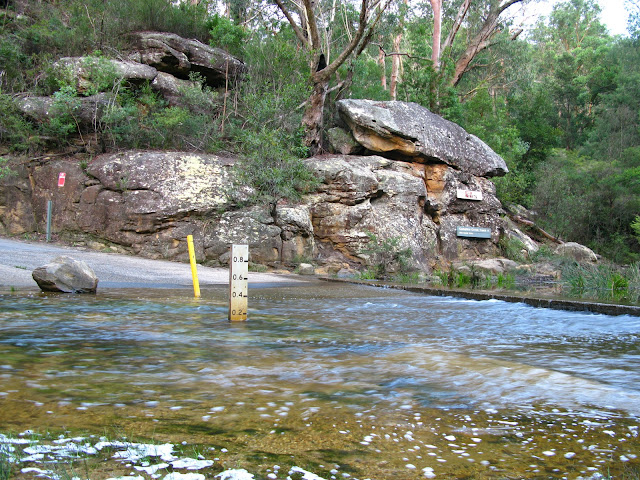 The causeway gauge confirmed my suspicions but I decided to do the run anyway so I could get an idea of what to expect next time. 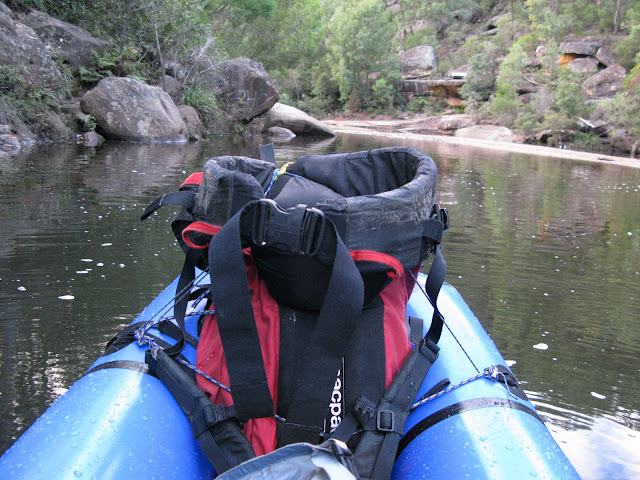 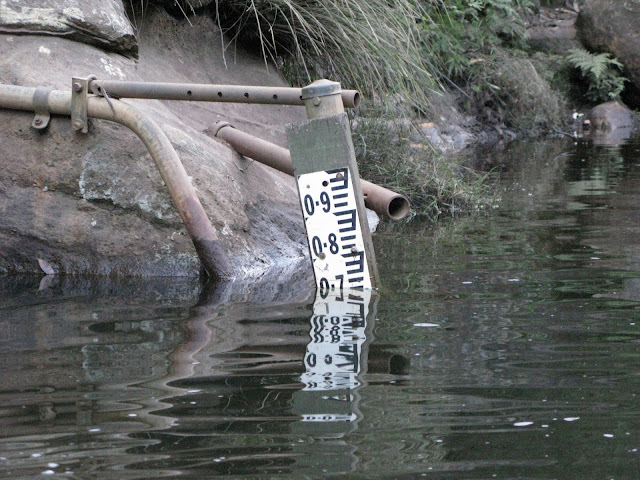 I came across this gauge after a few hundred metres and figured it was damaged and probably why the BOM hasn't been updating. The easy access brought plenty of rubbish and graffiti along the 3 kilometer section. 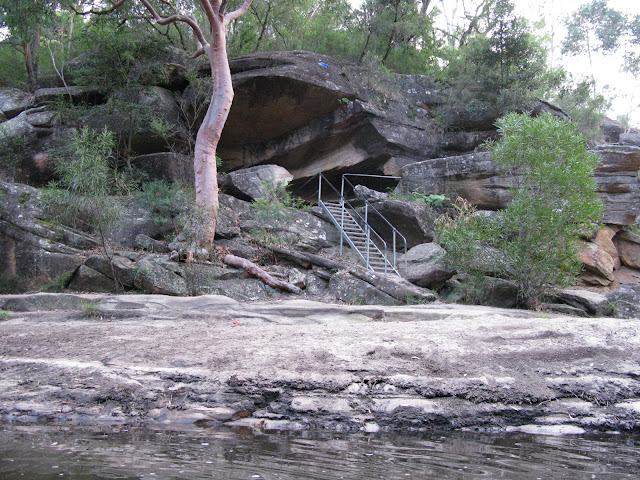 The creek was fairly consistent although some sections were choked with trees. There was barely enough water to run and I portaged a lot. It did give me an idea on what it will be like at higher levels though with some good tight technical rapids at grade 3-4. 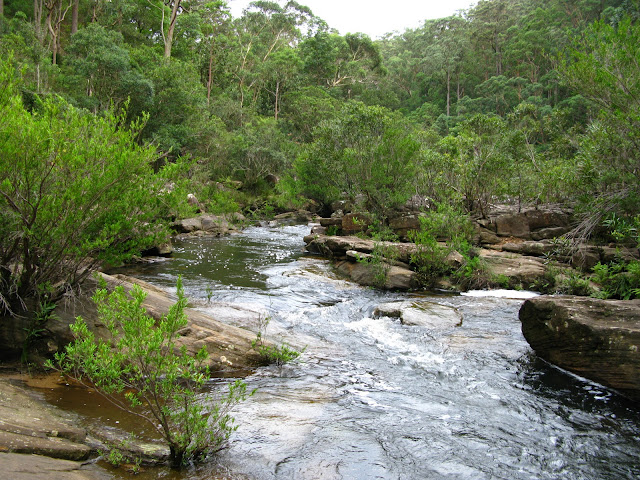 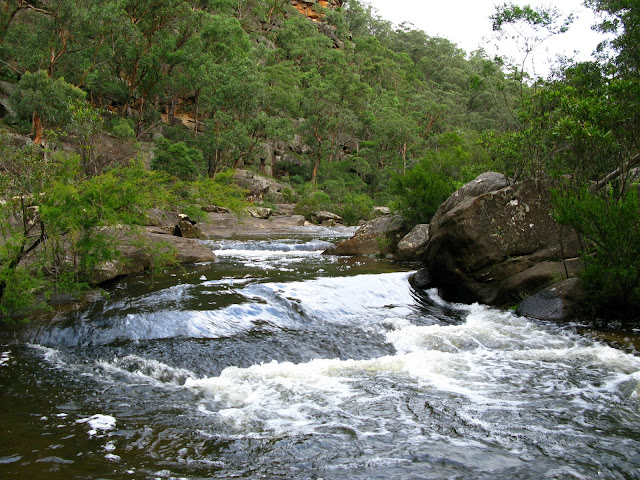 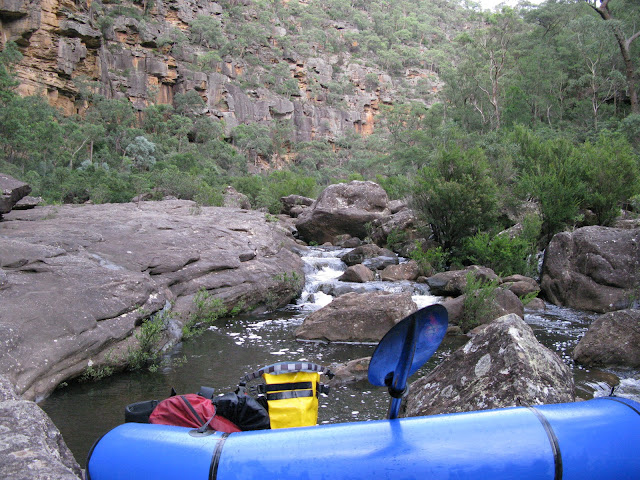 Some of the runs will require some careful scouting as this one has a nasty sieve at the top. High water will obviously change the creek drastically. 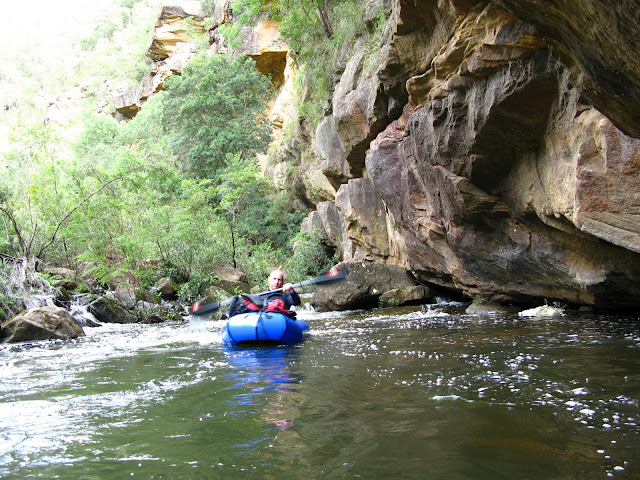 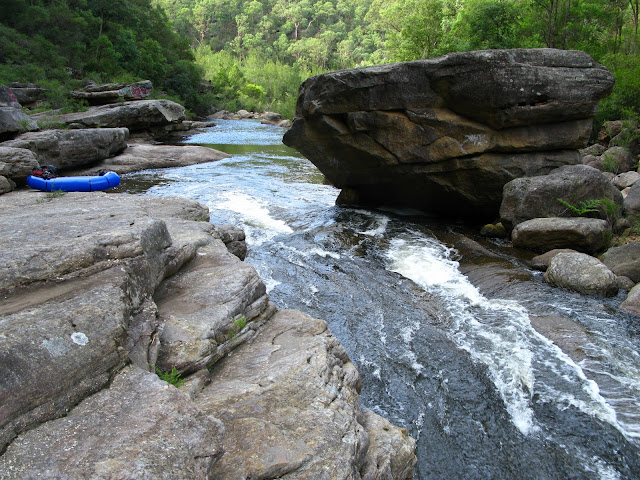 This rapid was fun although barely runnable at these levels. 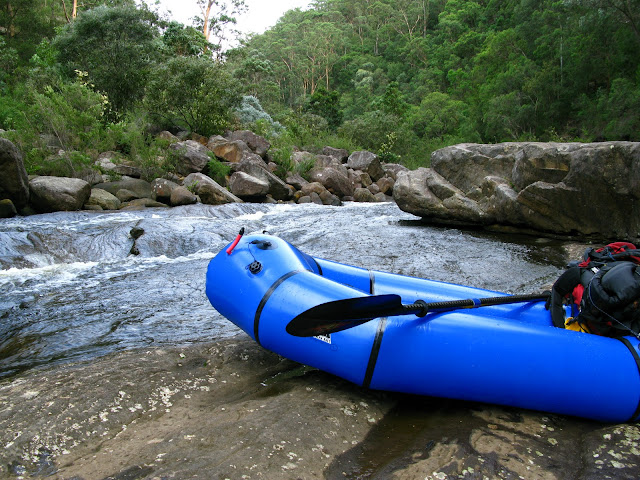 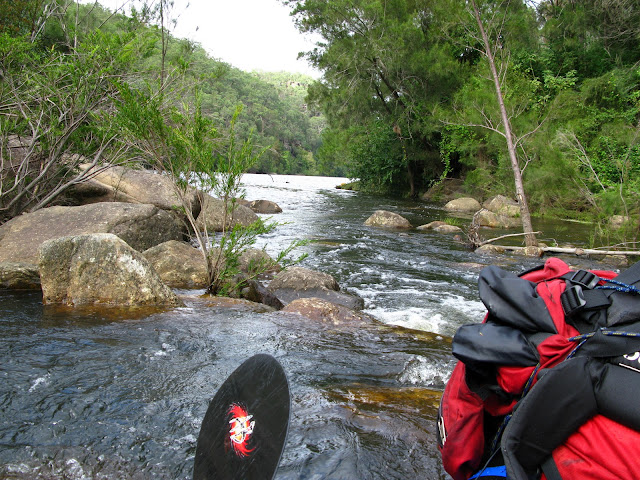 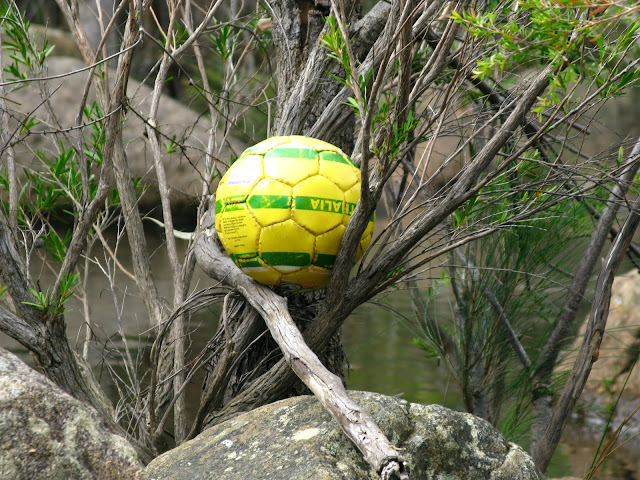 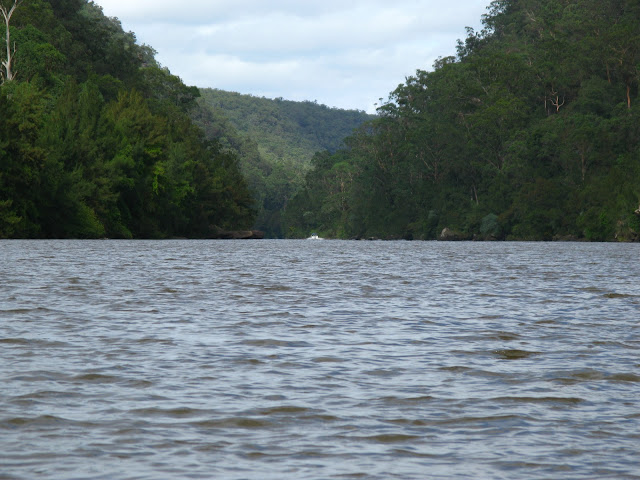 After reaching the Junction I paddled back towards the bridge to the take out and walked along the bush track which conveniently ends at Lapstone station. With the next train arriving at 12.19pm I discussed the general decline of the world with an old timer and headed home reasonably satisfied.

A short video of some very bony G1 sections......Bring on the rain!