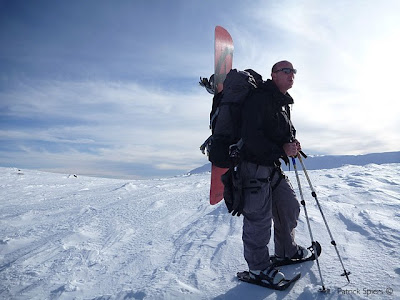 After a delayed start to the season due to multiple conspiracies, I finally got my fix of backcountry goodness. I didn't care too much about the conditions in the week prior as nobody cares what flavour the cordial is after a marathon. It had been a long wait.
Pat lobbed after a busy week and we headed off with only a couple of hours sleep. After bumping into Craig and Angus (who is now officially a snowboarder) we hit first lift.
The plan was to kite whatever wind was available under the high pressure blob on Saturday and hope that the slight ridge on the weather map would improve the conditions for Sunday. 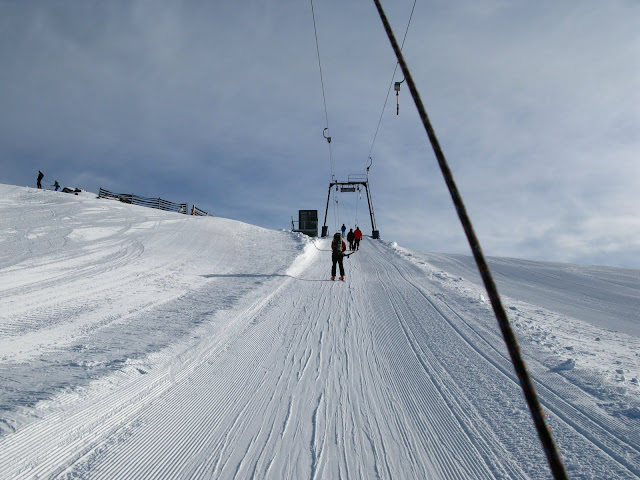 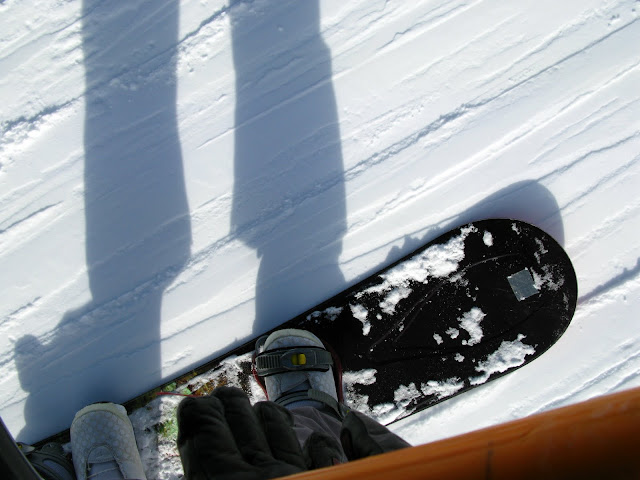 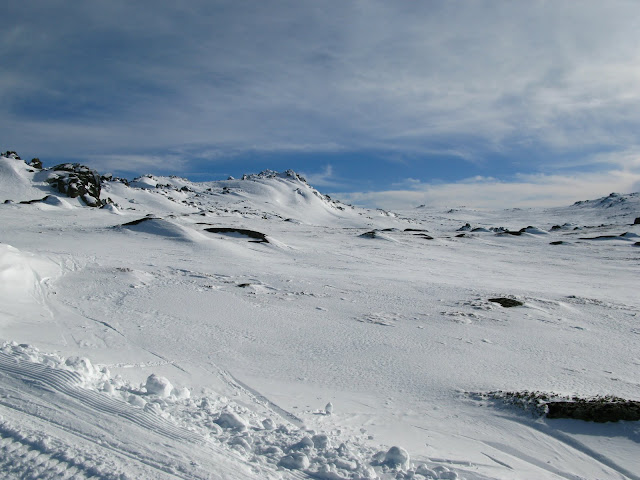 The Ramshead area was the first stop so we hit the lift and had a warm up tour over to the edge of Leatherbarrel creek. 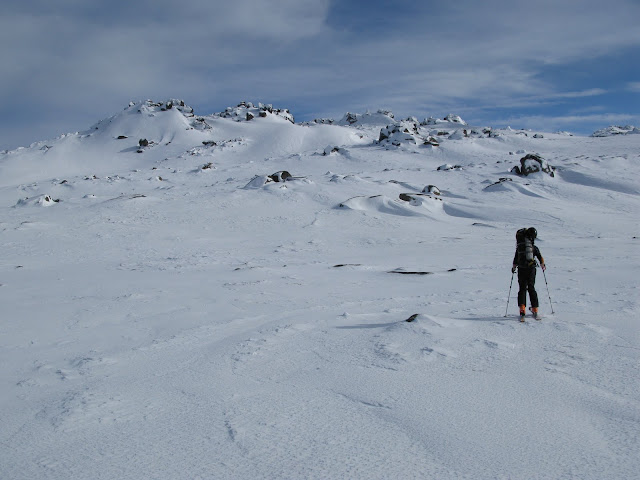 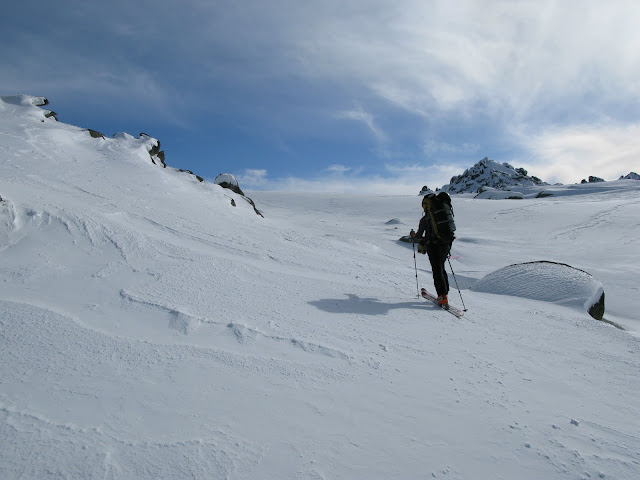 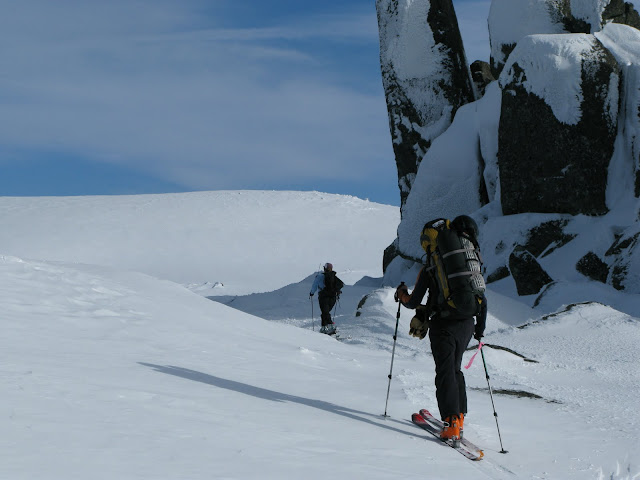 Twin humps looked so damn delicious for riding but I was keen to get some more kiting done so we dumped the packs and launched the kites. With very little wind, it was a struggle to get moving but eventually it all started to happen. I finally felt underpowered after being scared of my old 8 metre Access and did a few laps to get get the feel for it. 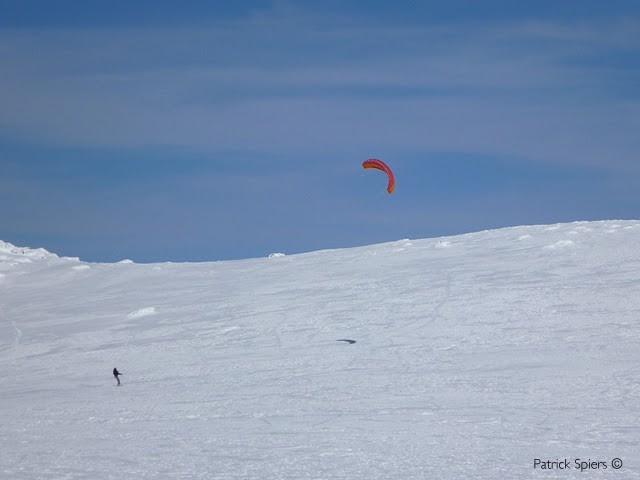 I followed Pat over the ridge and watched him crank up and down the Ramshead while I slowly but surely snookered myself at the edge of the valley. 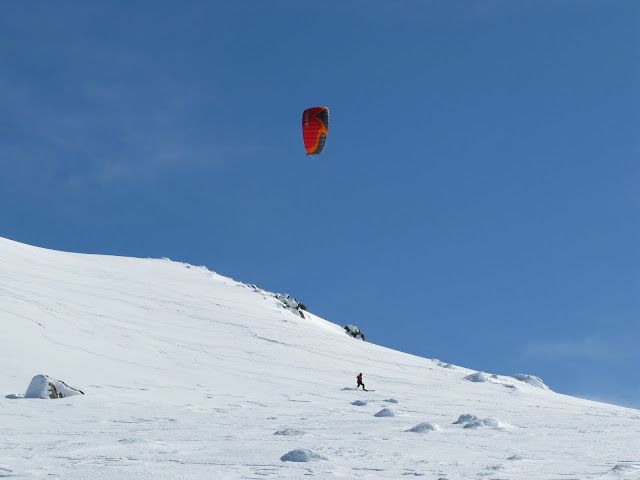 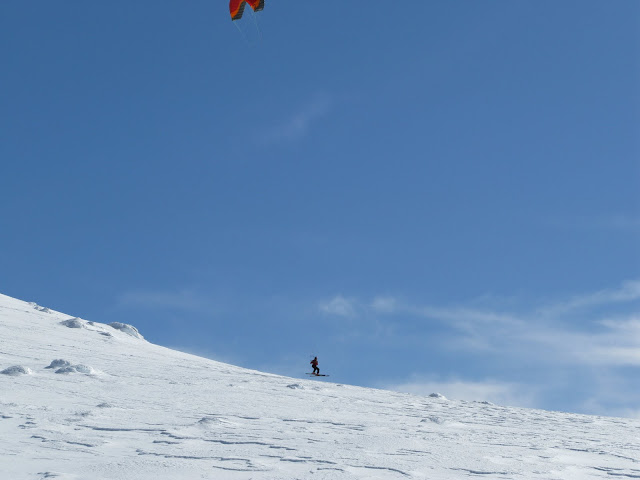 I did the walk of shame back up the ridge while Pat put on an air show for some day trippers that came from Dead Horse gap. As the afternoon progressed we decided to head over to Seamans Hut. When we neared Rawson pass Pat took off up Kosciuszko, and I headed for the top of Etheridge and had a run down the face, which was fun with a full pack. 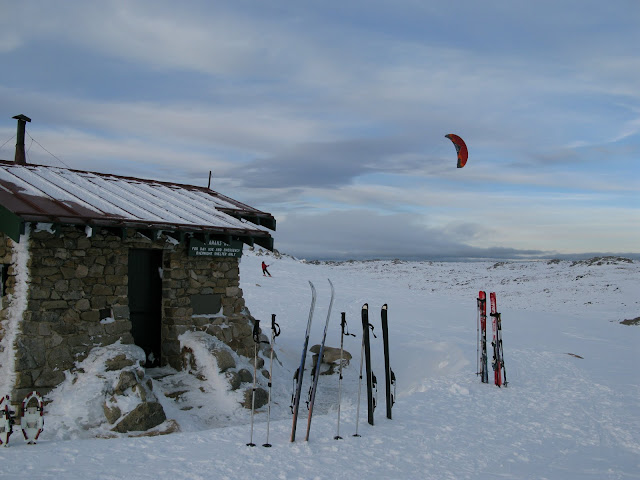 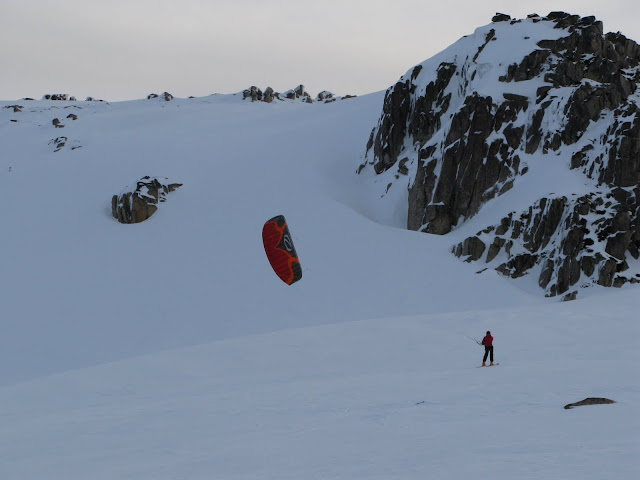 Kiting around Seamans in the last available light. 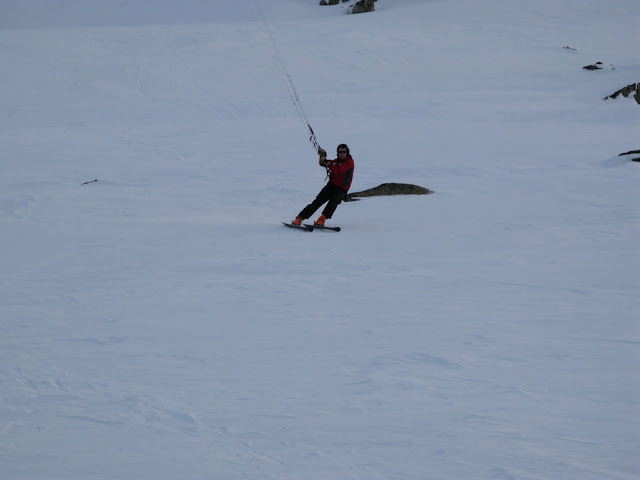 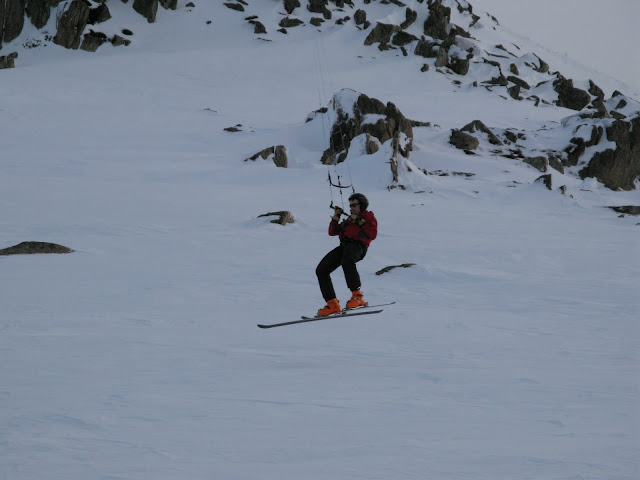 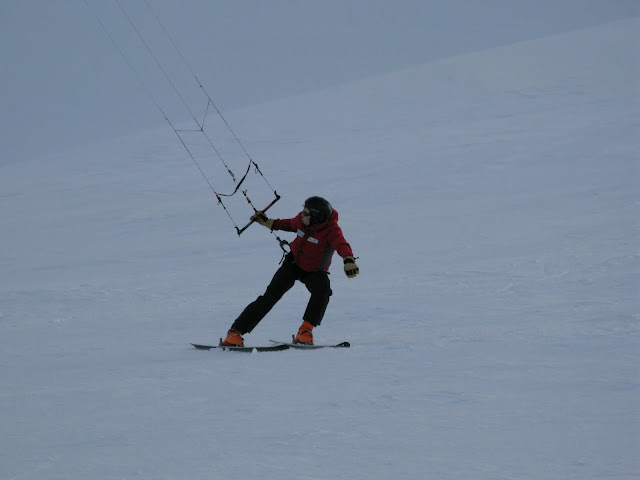 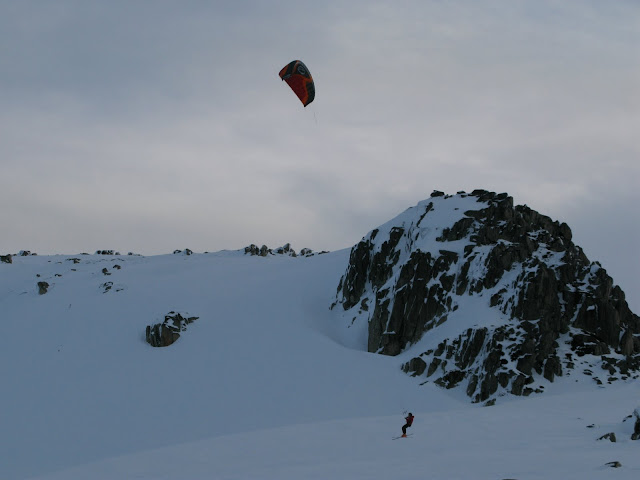 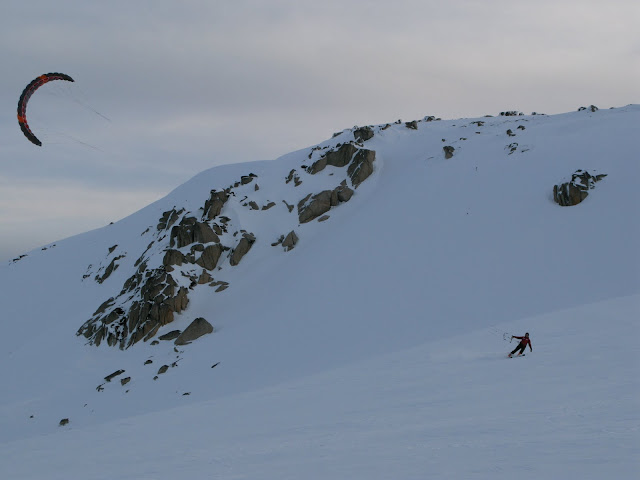 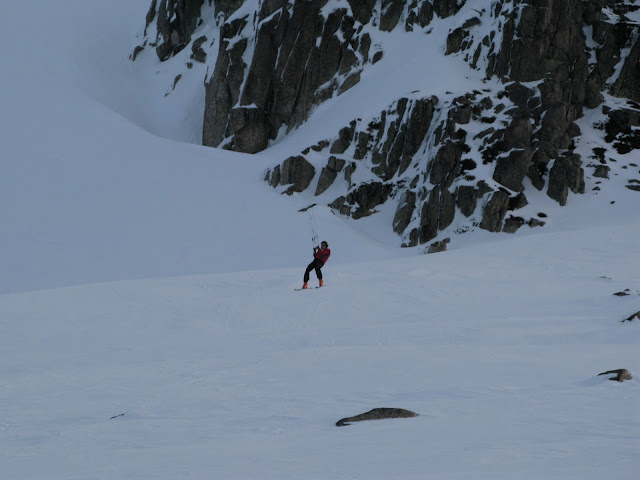 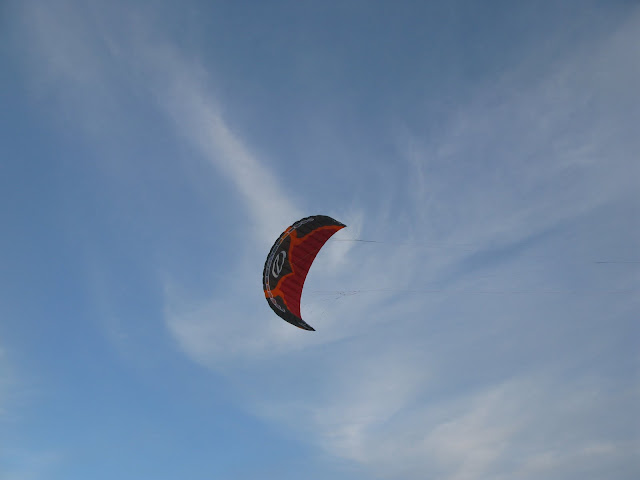 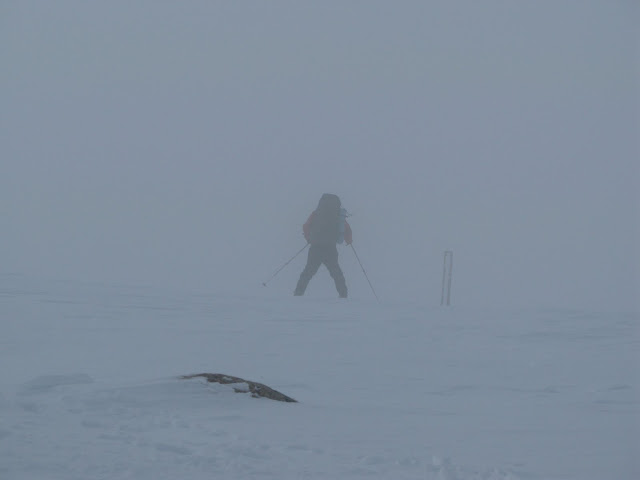 The next day didn't look promising with a fair bit more wind and low vis but in the end turned out great. A couple of others staying around the hut headed home as we put the kites up again. 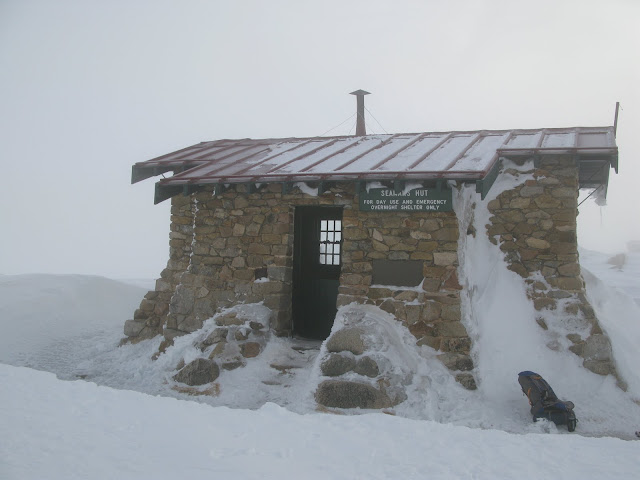 This bloke was a runner and had racing snowshoes! 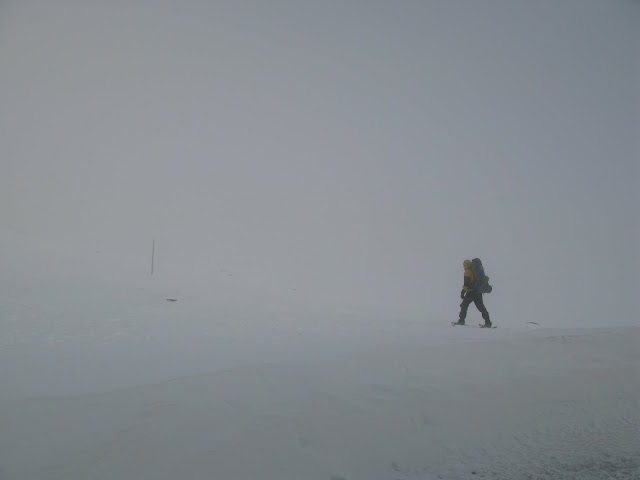 Pat took off for a tour after shuffling both packs with the kite to the head of the valley and I had the best couple of hours kiting to date. It's amazing when it all comes together. 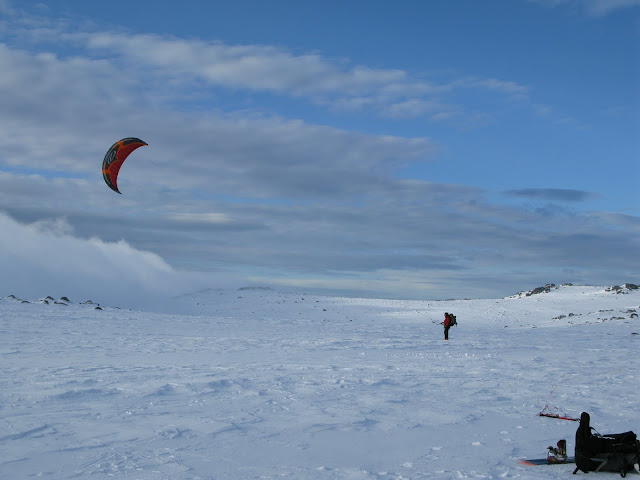 The visibility deteriorated and the wind started picking up so I found the stash of gear and Pat rolled into town half an hour later, then it was off home completely satisfied. 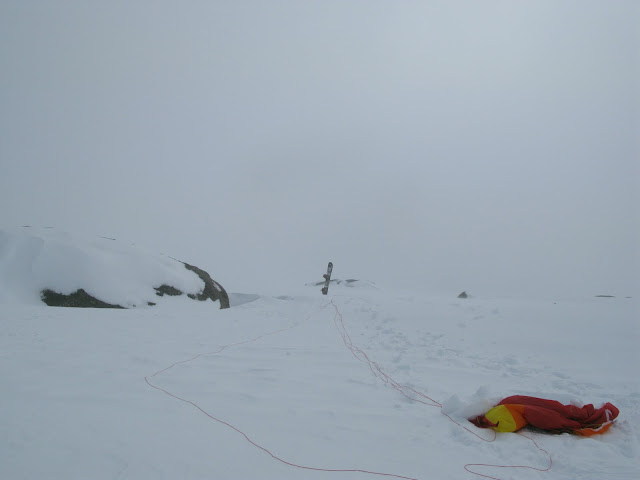 A short video....
Untitled from Dibble on Vimeo. 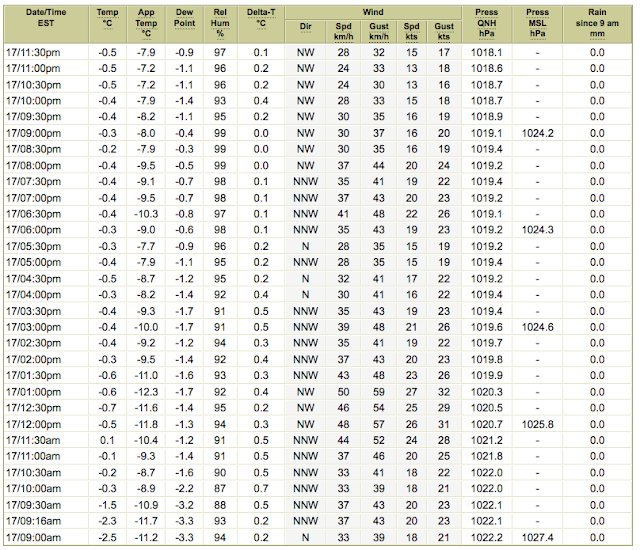