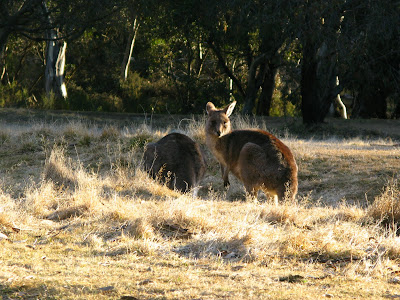 Each year Dana and I take two weeks off in August to do as much backcountry skiing and boarding as possible. Throughout summer, the plans usually become more ambitious or increasingly ridiculous depending on which way you look at it.
This year we decided to do less touring and more riding so after buying up two weeks worth of food and fuel we headed for the Main Range again to do a base camp style trip. The plan was to setup on the Sentinel ridge and do some new runs on the western faces.
The weather gave us the finger as usual so we camped in the Twynam bowl and spent the week riding closer to camp due to consistent wind and a rapidly melting pack. On Friday the weather was due to change, starting with prefrontal rain and eventually snow for a few days which meant cabin fever.
We made the call to head out and make the most of our time elsewhere and go back when we could actually ski something later the next week.
The trip out turned into a mini epic with winds over Little Twynam ridge well over 100kph. We were literally on all fours crawling over the ridge proper until descending down a few hundred metres where things moderated enough to have a laugh. Dana did exceptionally well at hauling a fairly heavy pack and skiing back to Illawong bridge. The Thredbo top station recorded gusts up to 134kph at the time we were heading out. At least the sun was out.
My pack tipped the scales at 40kg's, which was not surprising considering the amount of food, fuel, snow kites and other bits and pieces. 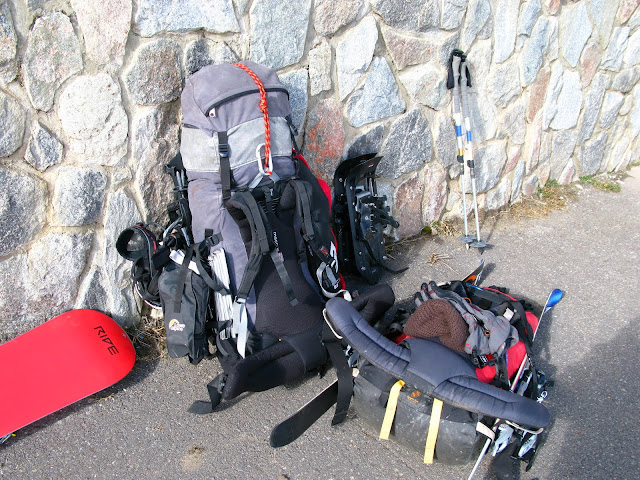 Heading out from Guthega after a late start. I brought the wrong set of chains which didn't matter on the way in but with snow in the forecast we wouldn't have gotten out, so it was back to Jindy to buy a new set. 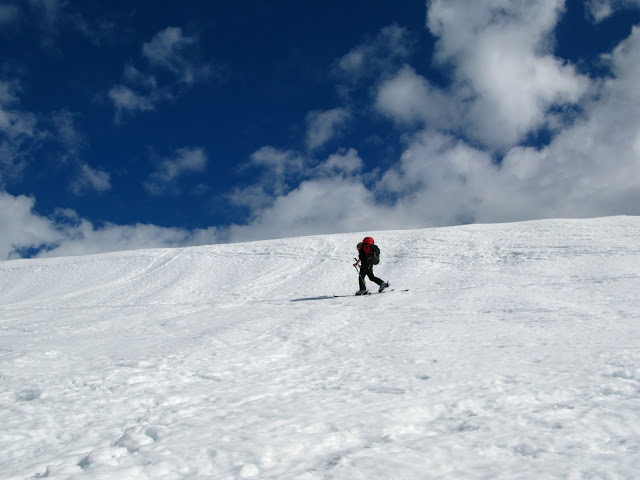 The temps were very mild and with all the gear it was slow going out to Illawong. 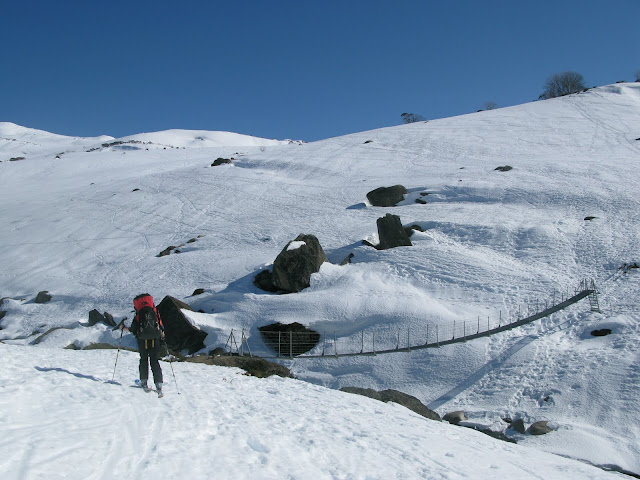 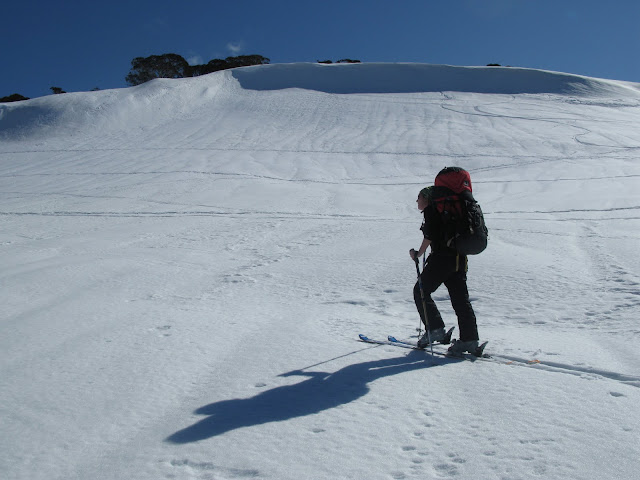 With Dana feeling the cold, we used the kite as a blanket. I'm glad we took the Bombshelter for the extra space. 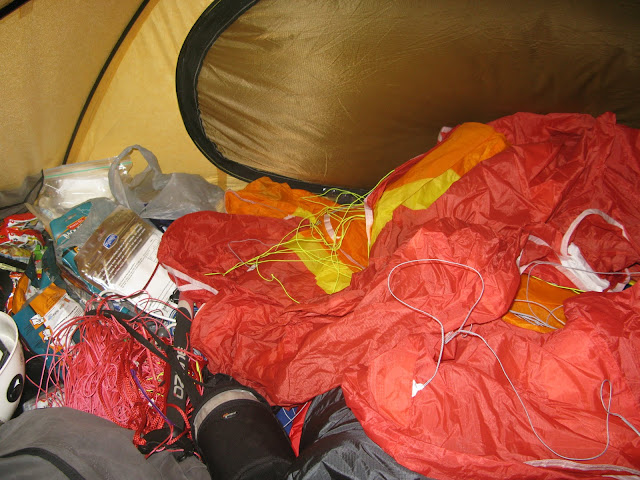 Watching the sunrise each day was beautiful as we had an unobstructed view. 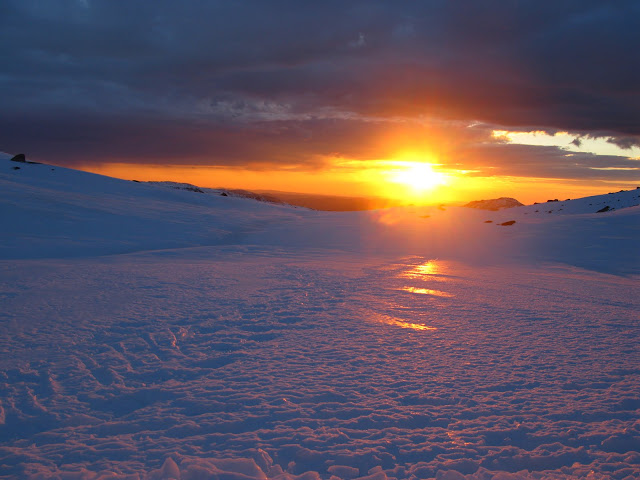 We rode around camp most of the time, and Dana had to cope with difficult snow conditions given her level of skiing experience. She picked out one line which was fairly steep but managed to get down it in heavy wet snow. 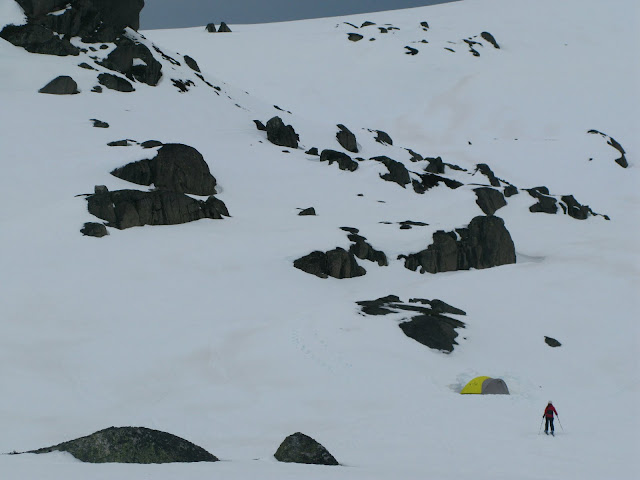 The wind direction meant that it wasn't worth heading for our original destination so we made the most of Twynam bowl. One of my favorite runs is from Twynam trig back to Illawong bridge, but the top section kept me amused without the long slog back up. 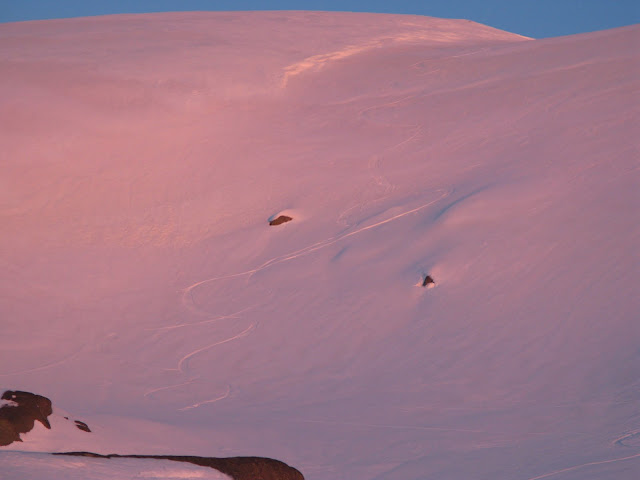 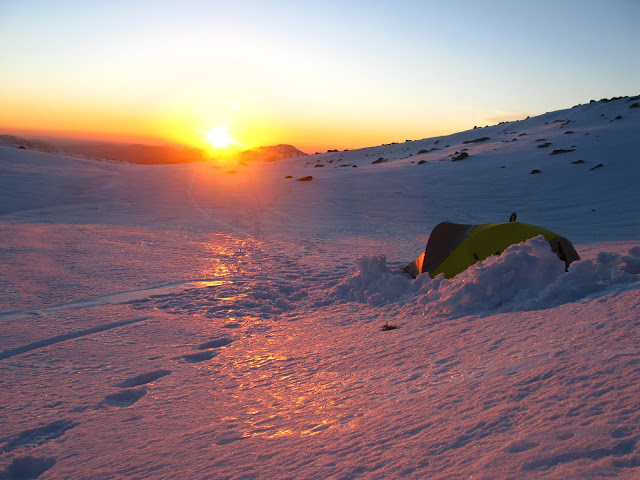 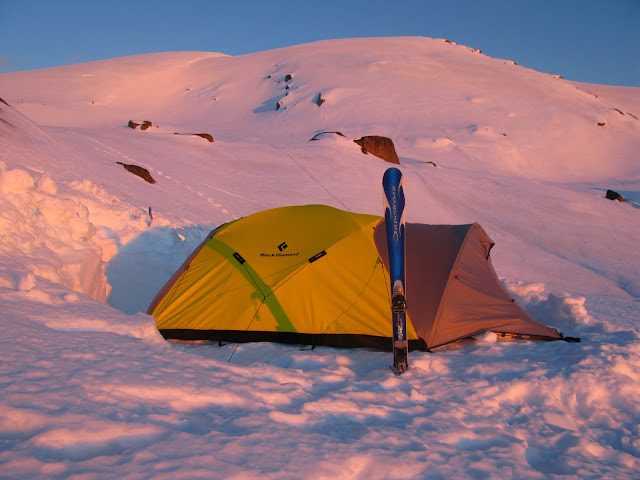 On the last day we bumped into Craig D who had just skied from Kiandra and was finishing at Thredbo. We had a chat before getting blasted over the ridge on our journey out. 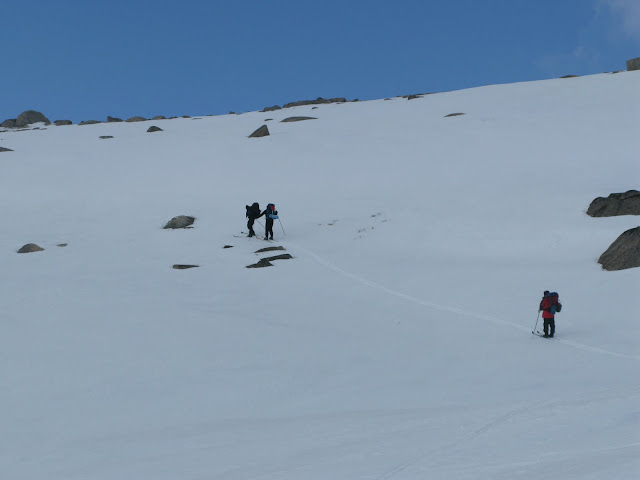 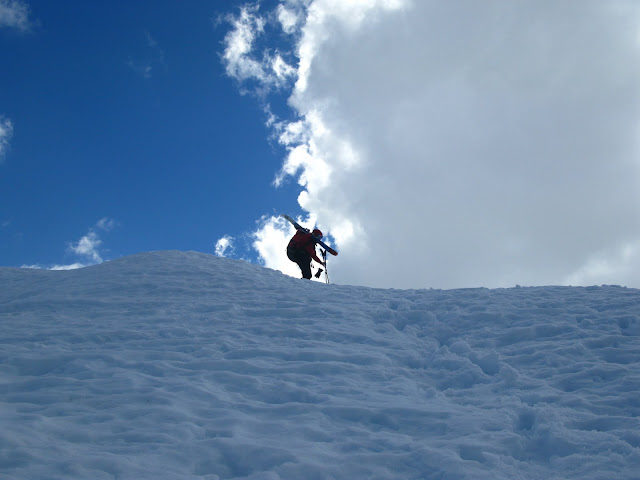 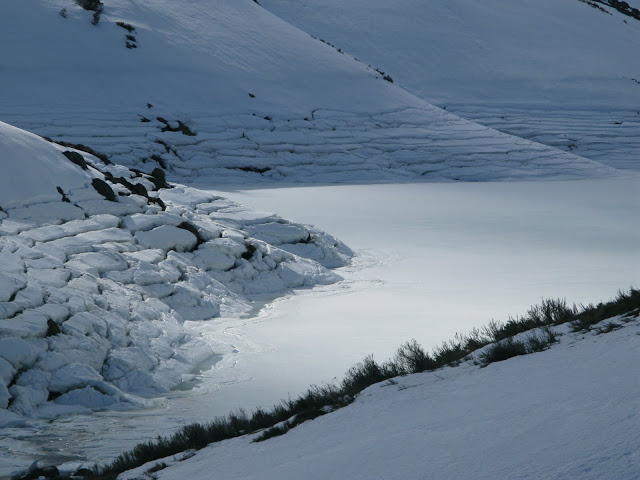 We finally arrived back at Guthega with packs that still had a weeks worth of food and fuel in them. 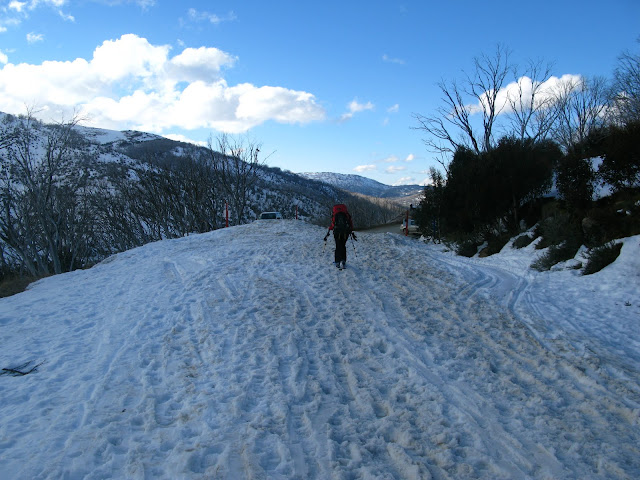 We headed straight to Jindy for a shower and then it was out for pizza and beer before a comfortable sleep in a real bed.

The wind data for Friday's exit. 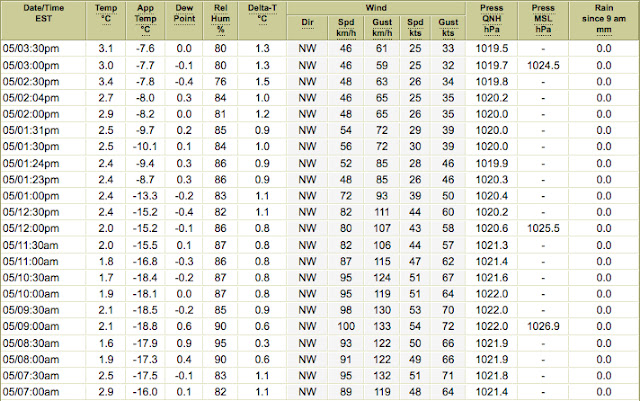 A short video of the trip.
Untitled from Dibble on Vimeo.