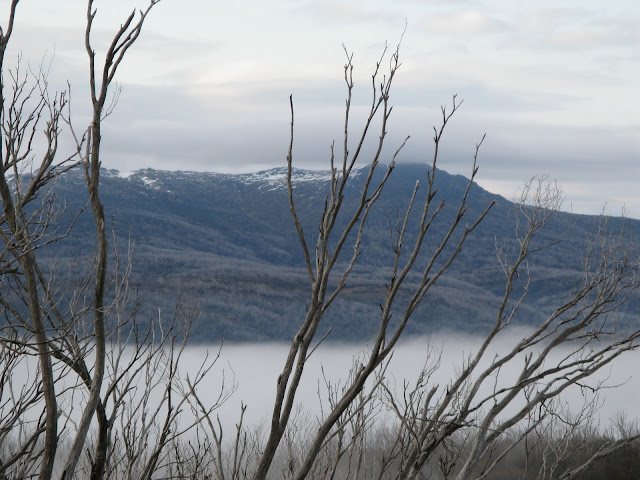 I finally placed the last piece into my skiing puzzle on Friday afternoon when a package arrived which contained my climbing skins. After mounting some Hammerheads the previous week, I had been watching the weather and looking at maps with the hope of getting my first proper Tele turns. My skiing ability lags a long way behind my Snowboarding ability, but I'm super keen to give it a good nudge as it will open up many great opportunities with my kite. 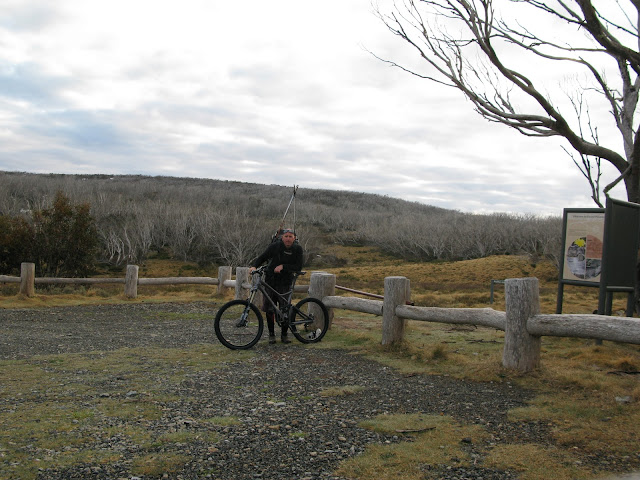 I decided to do a bike loop out to Mt Jagungal which stands at a modest 2061m. That places it 20th on Australia's highest peaks list. The northern end of Kosciusko National park generally loses it's snow pack quicker than the Main Range proper due to milder conditions which allowed for some beautiful bike touring from Round Mountain car park. 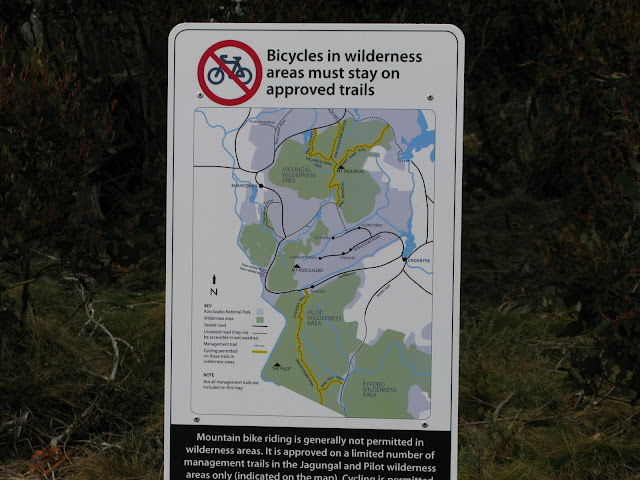 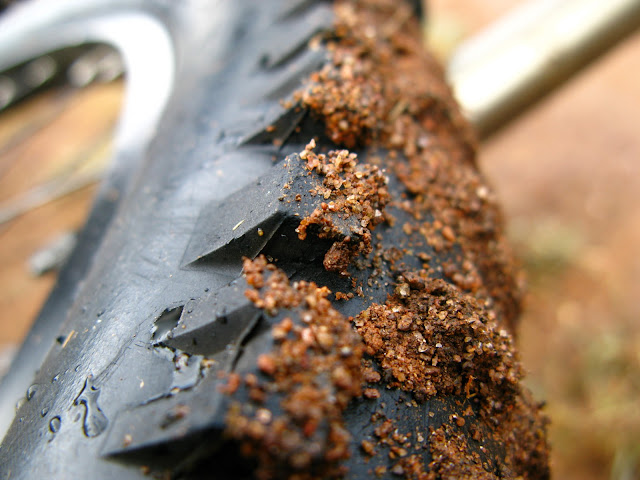 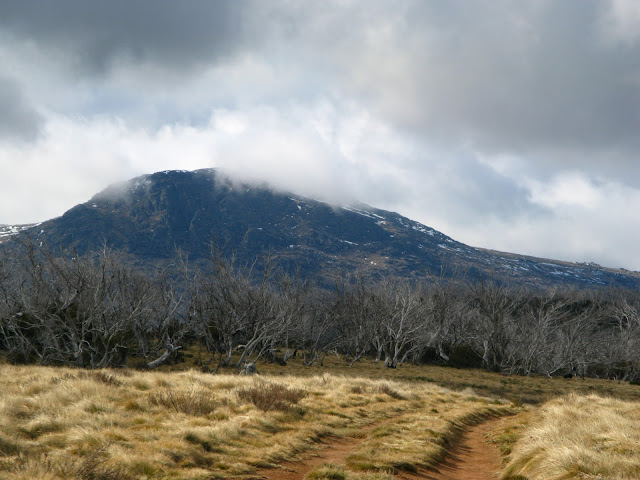 I was hoping for a little more snow on the journey out but wasn't surprised at the sparse cover. There had been quite a bit of rain which also made the riding a little slower than usual. The joy of smashing down hills at full speed was short lived as the flood of lactic acid spread like fire on the uphills. The mud on the trail also had my bike groaning with all the grit interrogating the running gear. 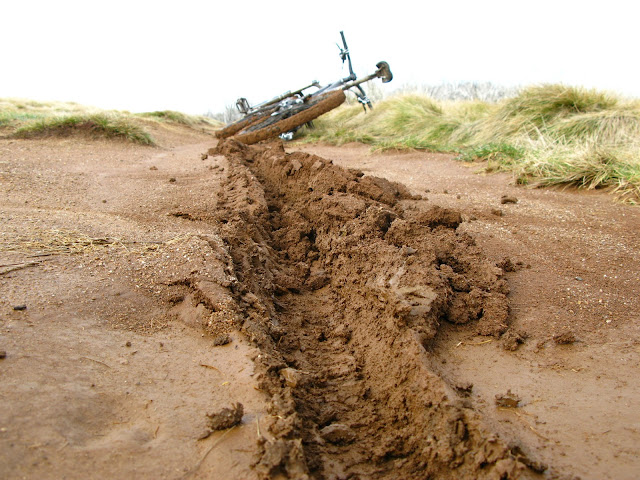 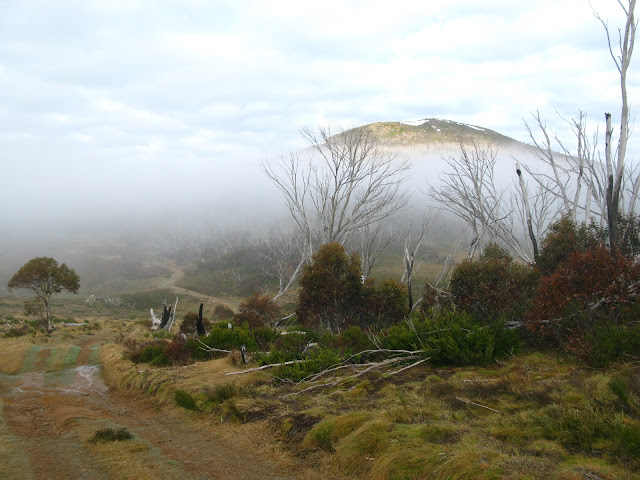 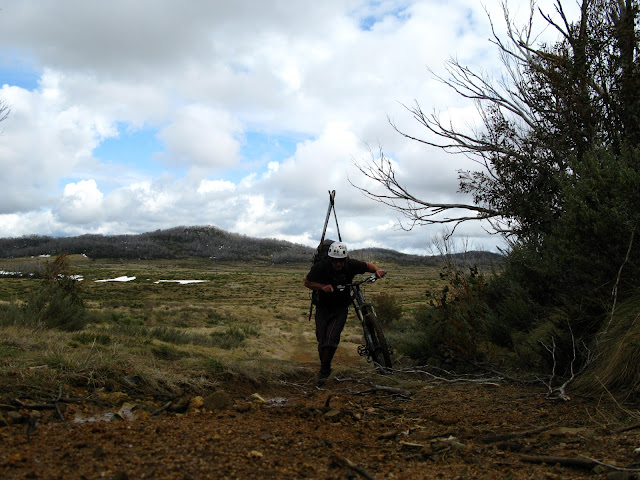 I was tempted to drop in to Dershkos hut for lunch but opted for a more scenic spot on the flanks of Jagungal. The views on the way up are spectacular and at this time of the year the temps are perfect for hiking. 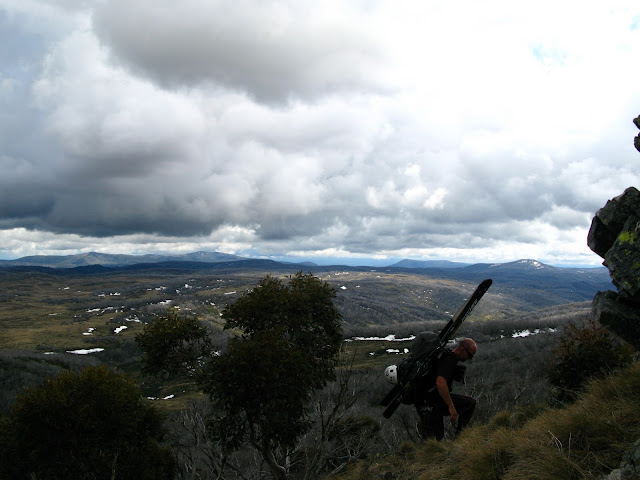 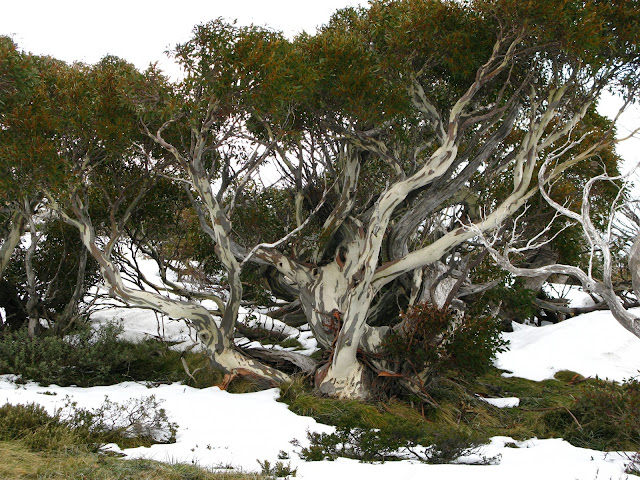 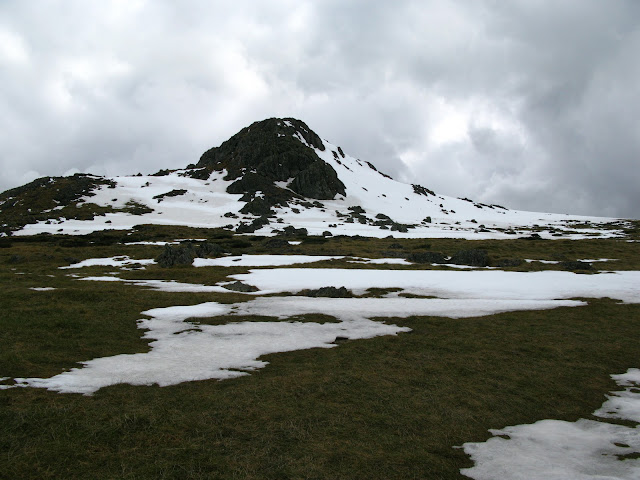 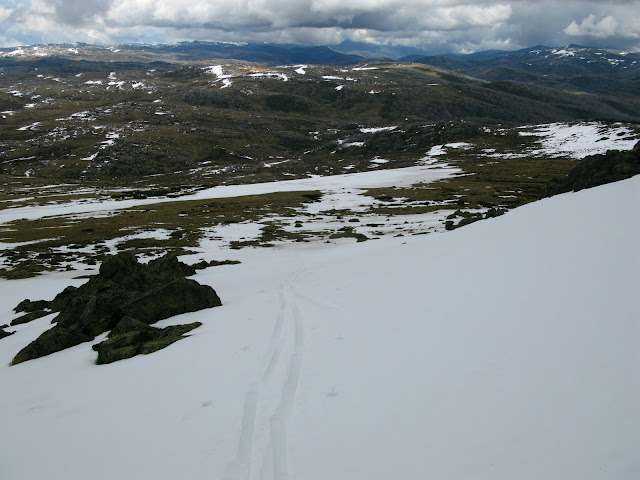 I could have walked all the way to the summit but was keen to try out my skis, so took an imaginative route away from the traditional foot pad. I was stoked to be able to ski right to the summit cairn and soak up 360 degrees of spectacular rolling alpine terrain views. 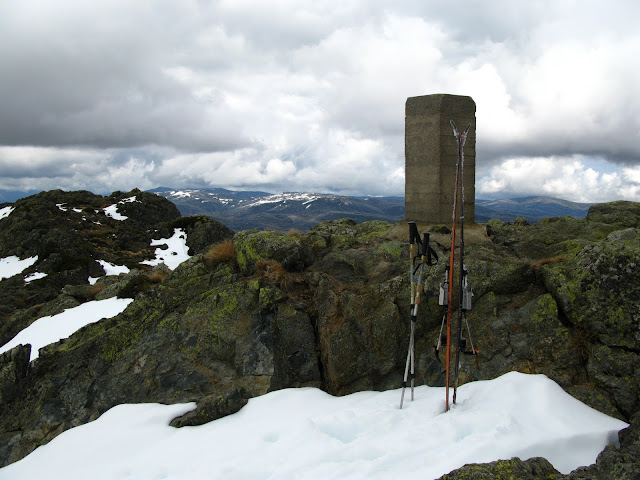 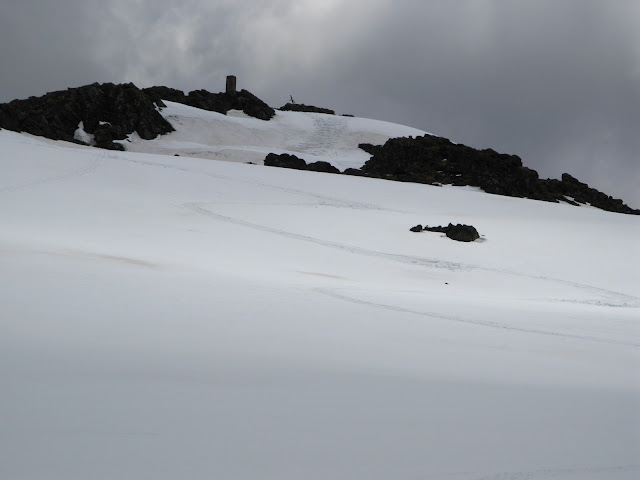 I put in a few very marginal tele turns which were occasionally punctuated with a full stop. I couldn't stop smiling the whole way down though and am looking forward to having a lesson or two next season. 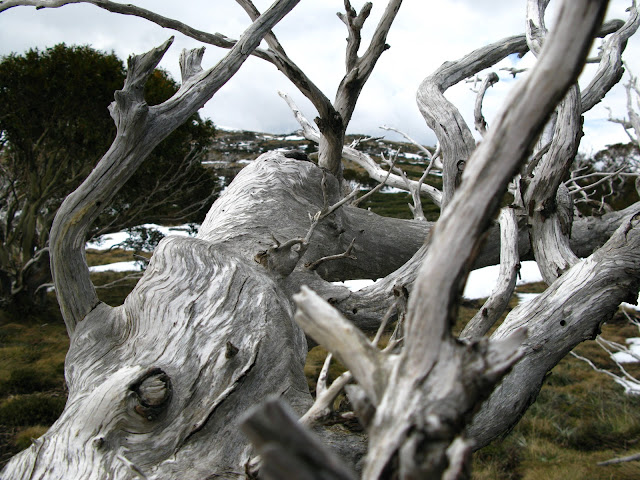 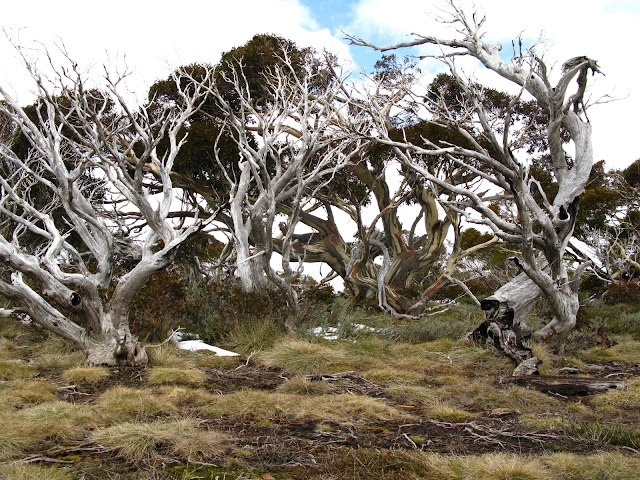 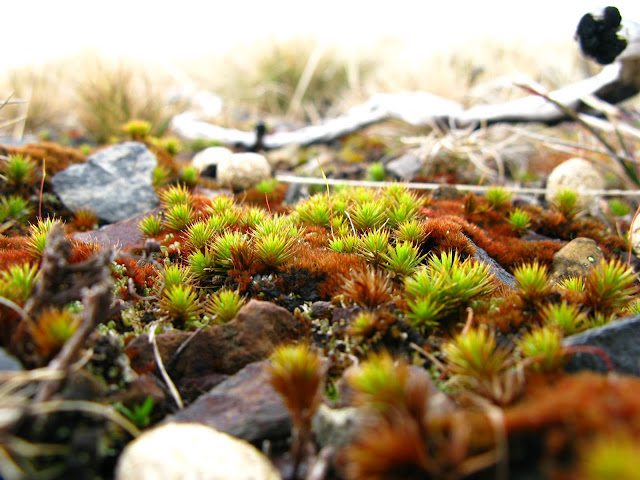 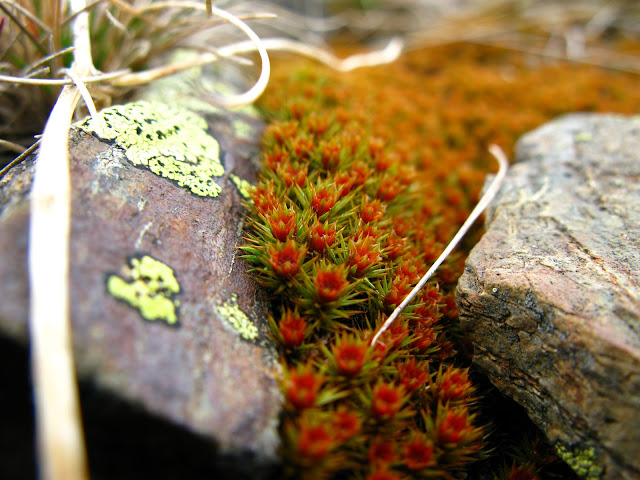 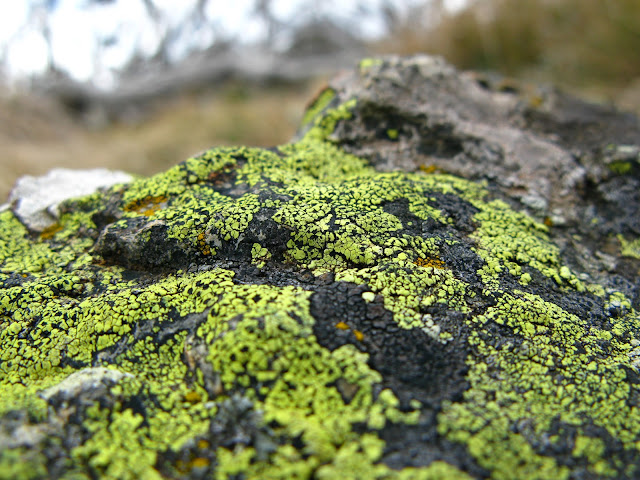 So after a great day and 30k or so in 8 hours I arrived back at the car totally soothed by what Kosciusko National park had offered once again. Good times.....
Posted by D at 10:03 AM