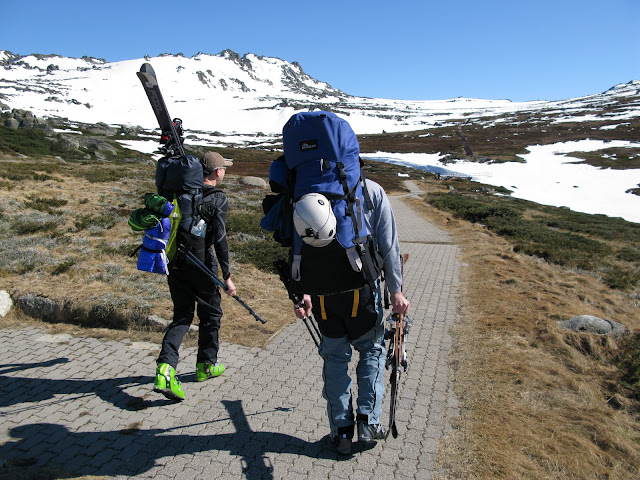 One look at the Webcam on the Kosciusko track and most people would talk doom and gloom. I wasn't all that optimistic that we three late season hunters would find what we were looking for. Craig had been waiting patiently to try out his new kites, while Tim was searching for his first ski of the season.
I was hoping there would be enough wind to continue my quest of snow kiting every available opportunity before the season is truly finished. The high pressure system had other plans for us, but as usual we came home smiling. 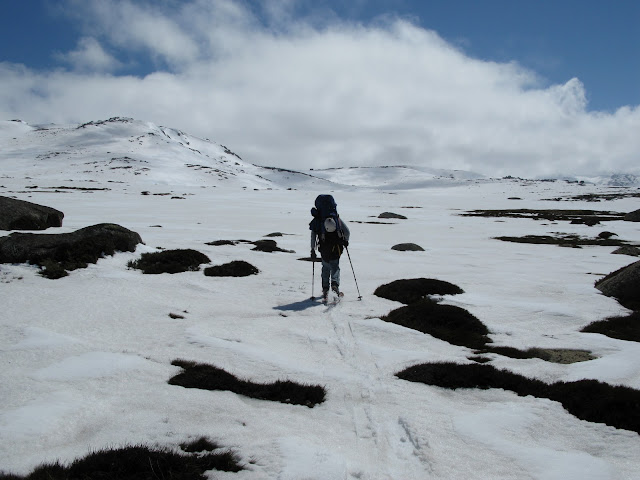 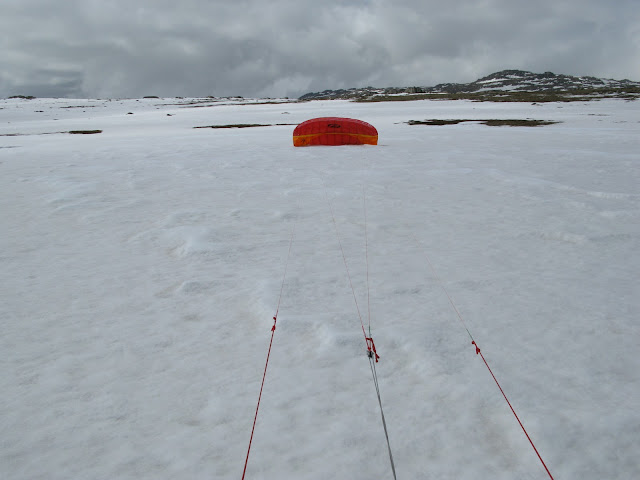 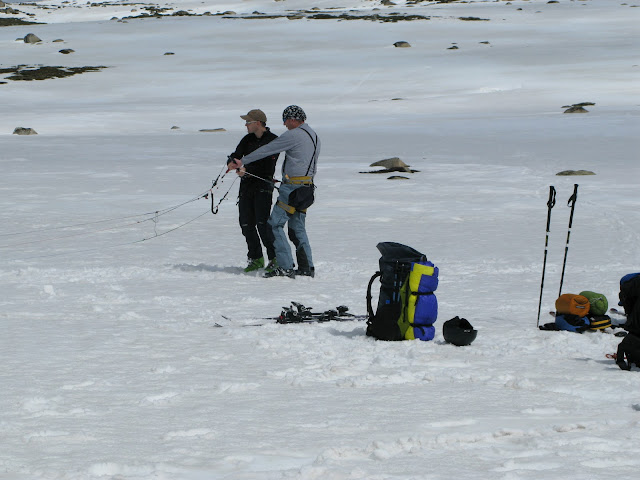 We headed out to Cock's Harbour in fine weather but minimal wind. Tim managed to put up his largest kite and eek his way around while Craig and I searched for a few more knots. After trying unsuccessfully in one spot we moved another kilometer just as Tim arrived back.
Once again the wind was just not there so we decided to do some riding. Tim pointed out a line he was keen on so we all headed up to our various drop in points. 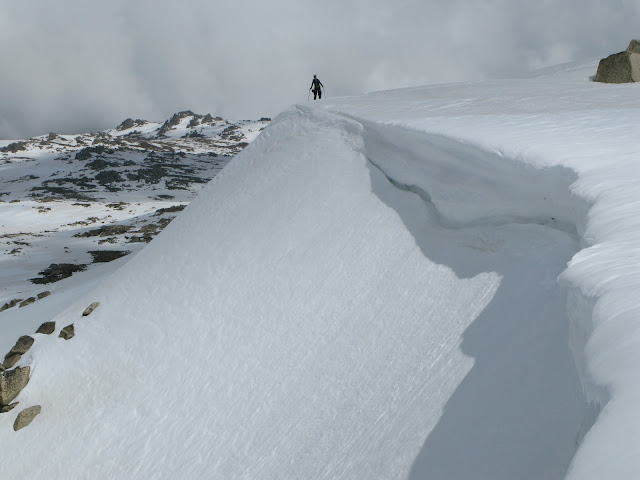 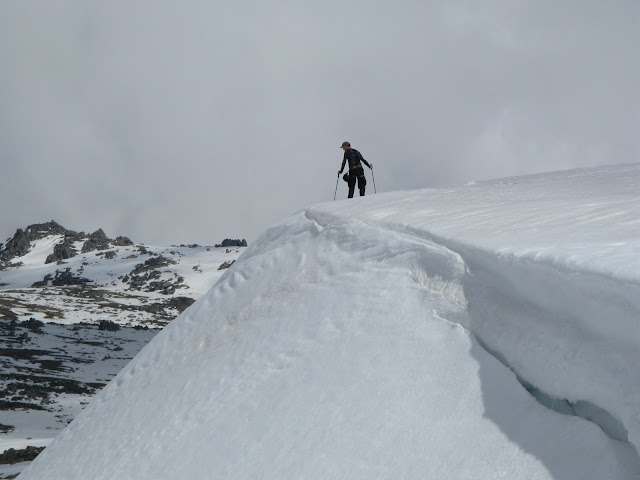 It was a real mix of setup's, as Tim was on AT, Craig on Tele and I was on the board. We had a good run and kicking back in the sun on such a beautiful day was priceless. 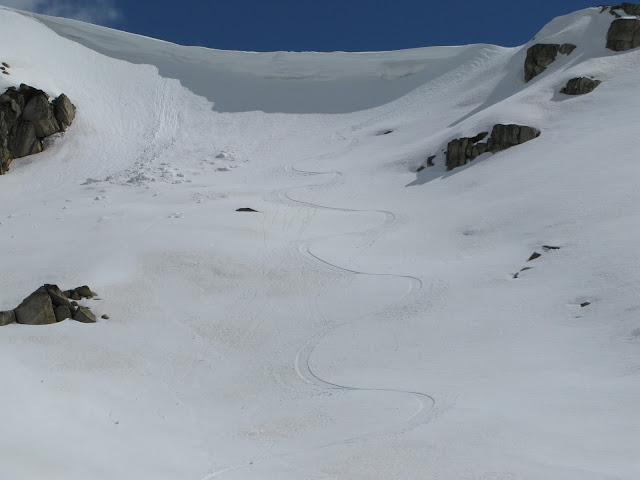 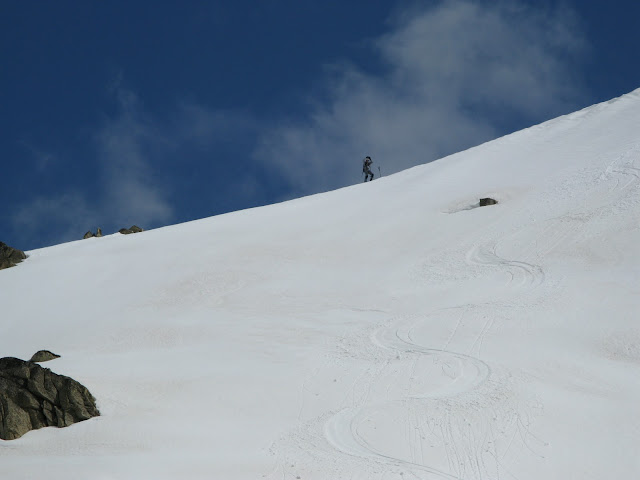 Just as we had finished the run, in rolled the mist and vis dropped substantially. By this stage there was just enough wind to fly the kites static so we fiddled around for a while. Tim on his Yakuza was the only one with enough power to actually kite properly. Craig started to get a feel for his kites but was frustrated with the wind as we all were. 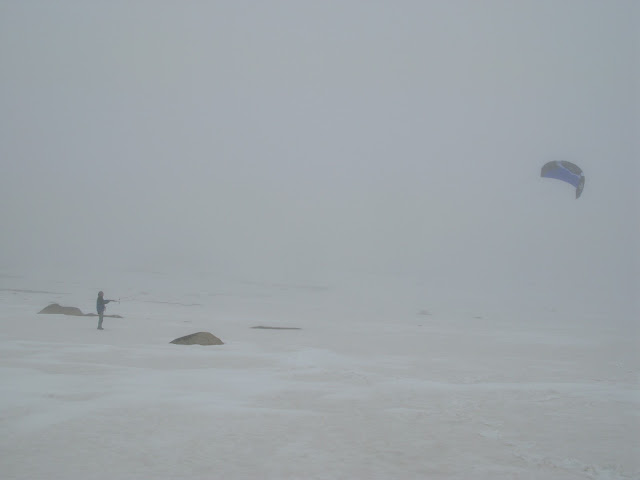 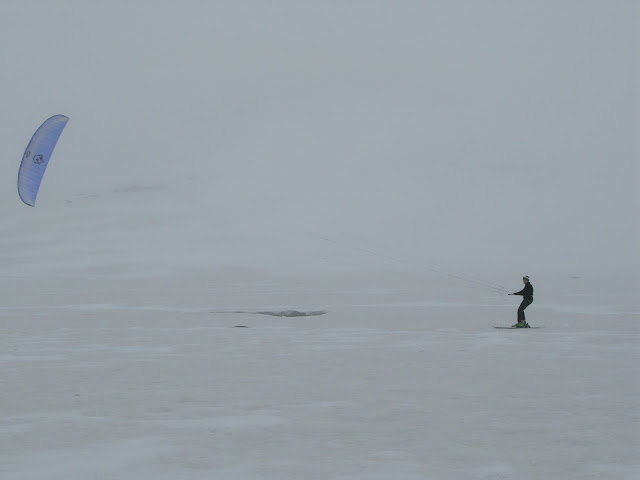 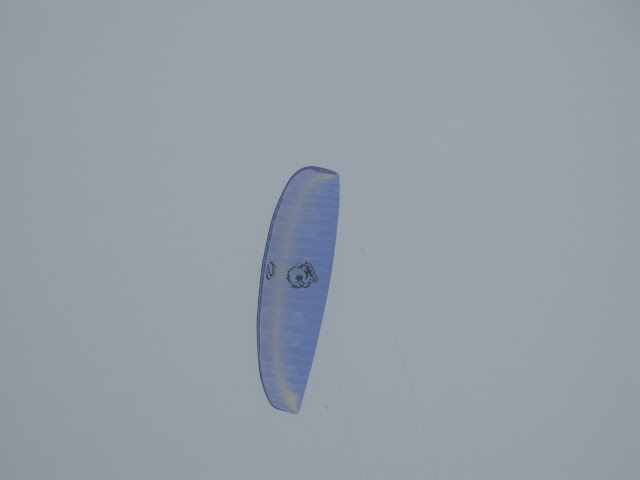 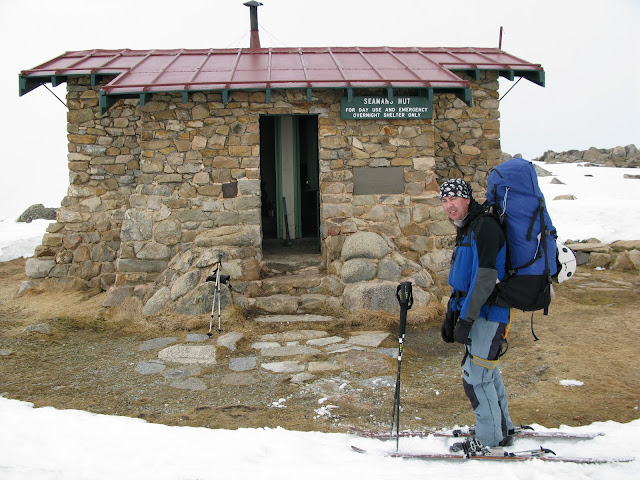 We all experimented with various sleeping systems up near Seamans hut and got a good nights rest with a small amount of snow falling during the night. 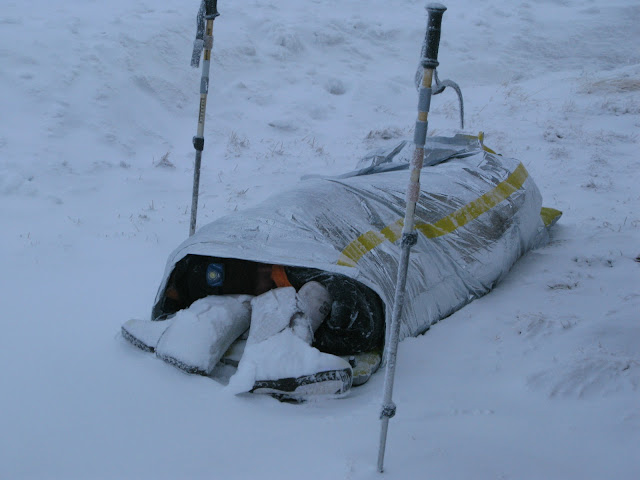 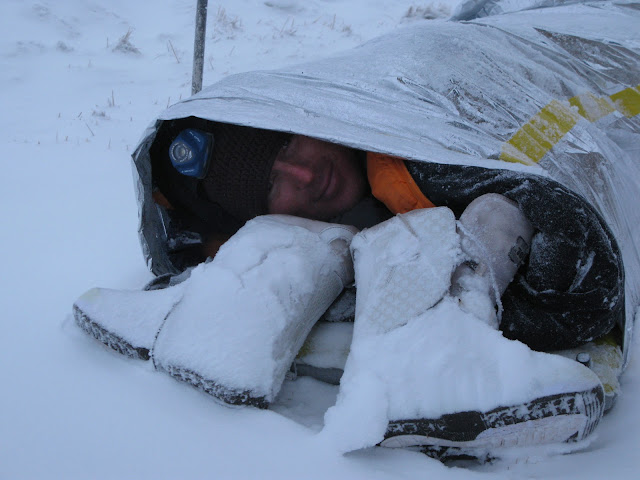 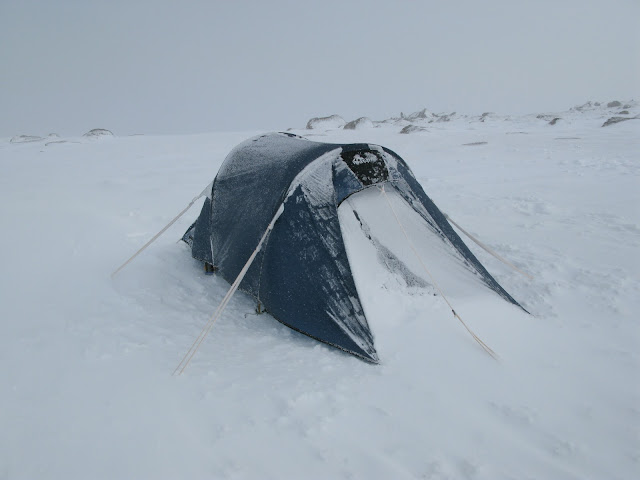 The next day was more of the same so we headed back in to Thredbo early fairly satisfied. 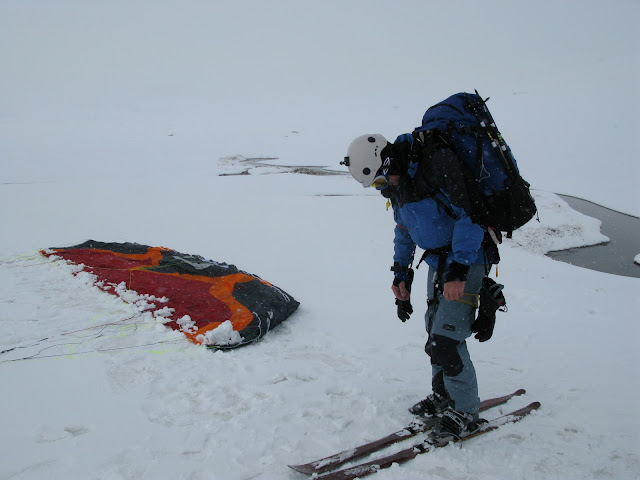 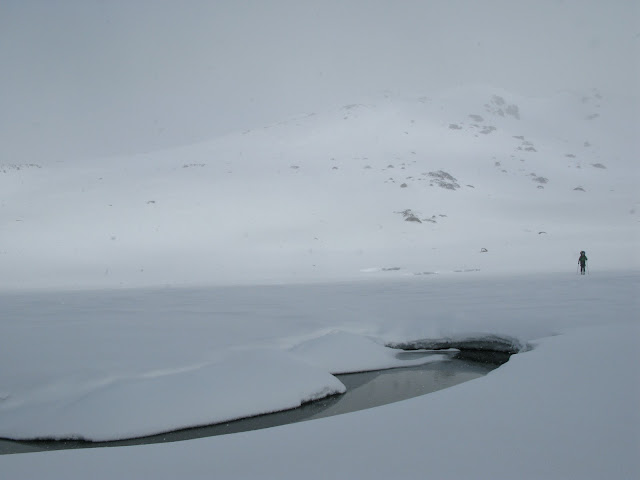 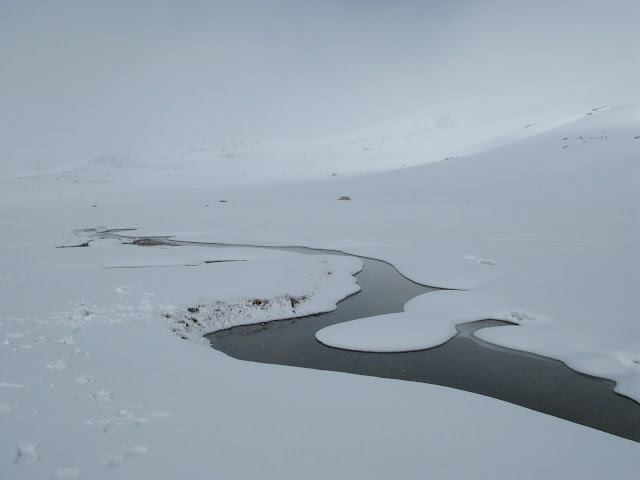 Thanks must go to Tim for his no nonsense advice and information on all things kiting and lightweight backcountry tips. So another great weekend was had by all and now it's time to start repacking for next weekend. Good times.... 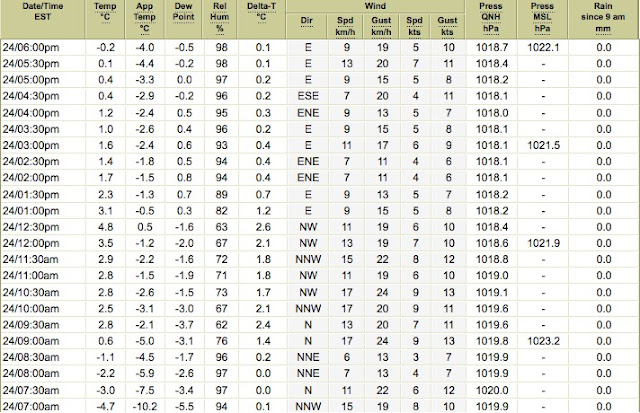 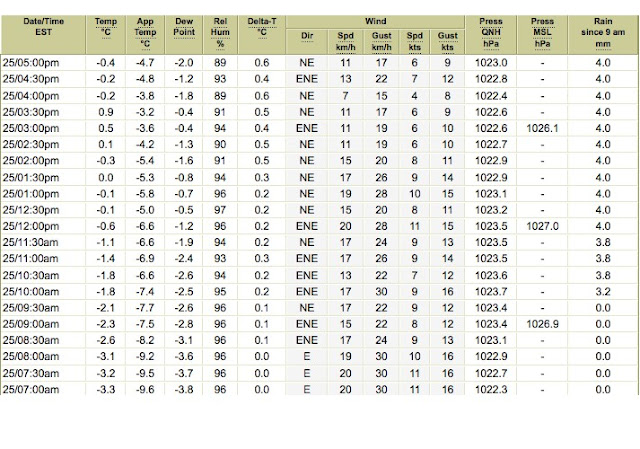