I took a call from Scott during the week and plans were made to go Kayaking. I always look forward to paddling no matter what the craft or destination, for the pure and simple feeling of working the body while the mind drifts aimlessly from thought to thought.

Sea kayaking doesn't produce the raw, intense adrenaline fueled highs that paddling whitewater does, instead a steady flow of contentment and constant awareness that the ocean is a special place. Much like the mountains..... go forth with respect and you shall receive.

The plan was to paddle from Bonnie Vale in Bundeena to Wattamolla for lunch, and then back again. The forecast was almost perfect with a tailwind and following swell down, and a light southerly blowing in for the return journey. 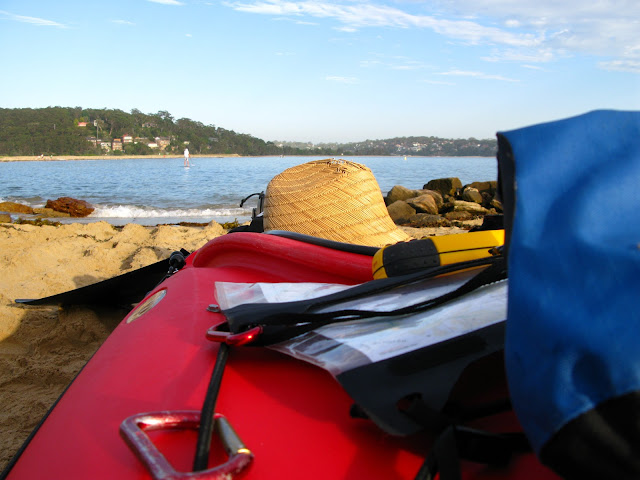 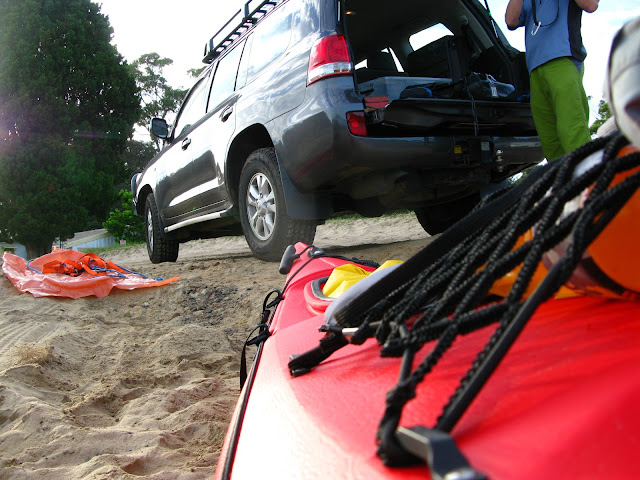 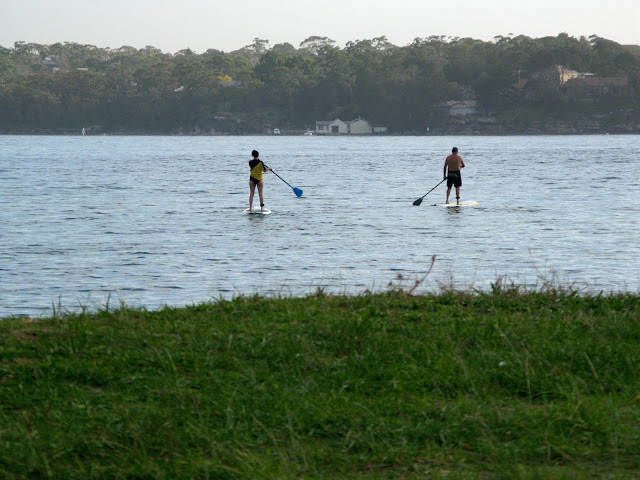 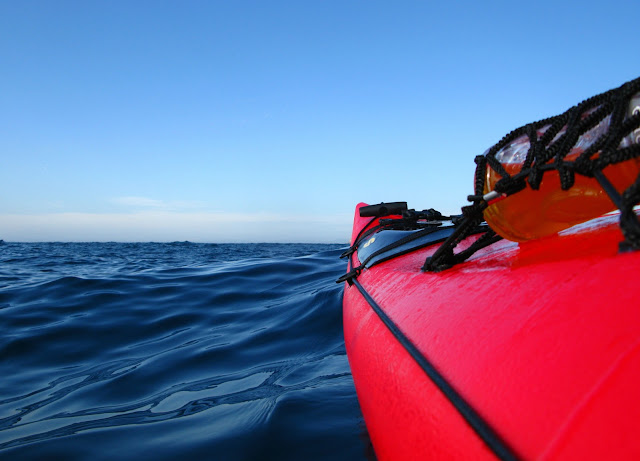 The ocean was glassy early on with a low 1-2m swell, which allowed for plenty reminiscing of past trips and a few photos along the way. It's an amazing stretch of coastline and one best viewed from the water if you have the opportunity, otherwise the popular "Coast Track" follows the clifftop through the Royal National Park for those on foot. 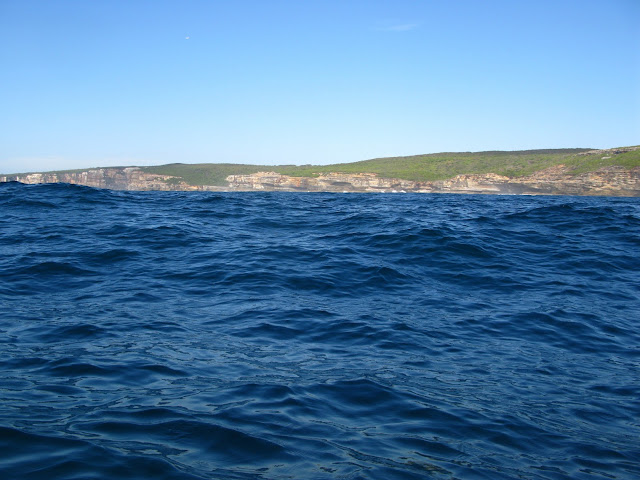 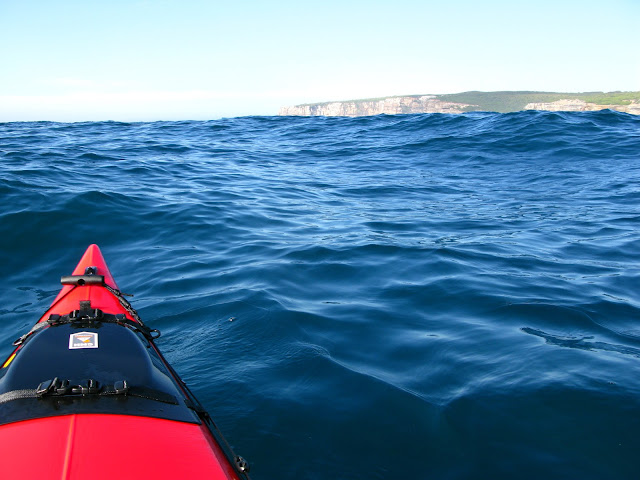 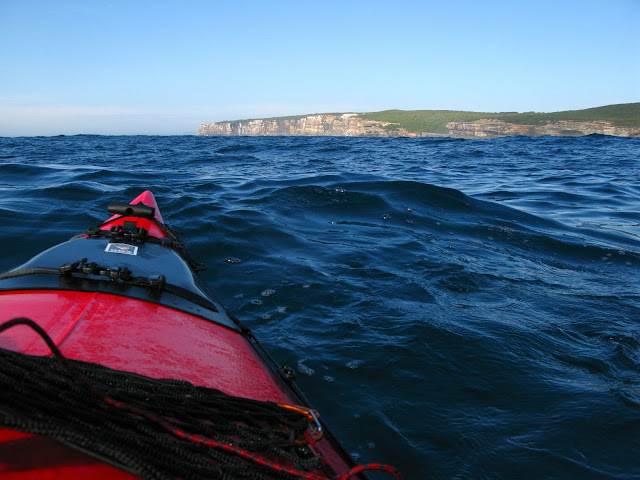 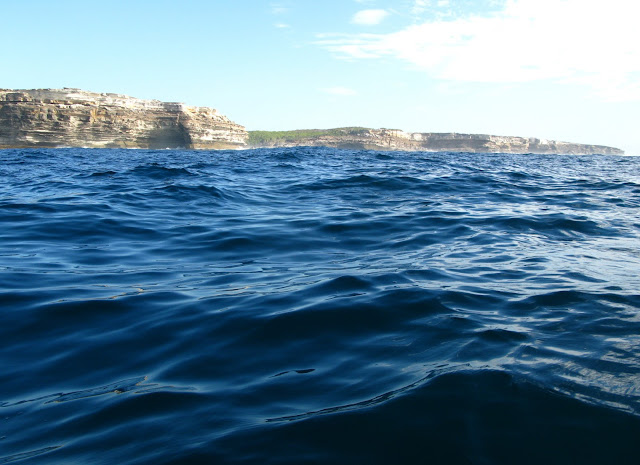 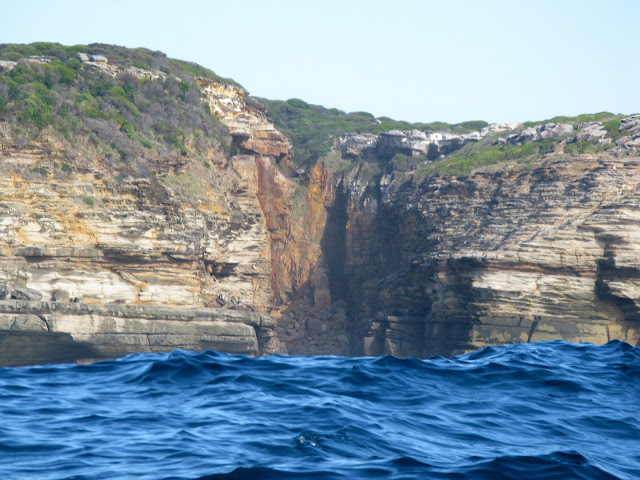 The beautiful colours in the sandstone ranged from bleached white to deep red in places and held our gaze for quite some time until we pulled in to check out Marley Beach. I'd visited previously with Dana to explore the fresh water lagoon behind the beach with a packraft, and despite dealing with sharp Pampas grass managed to paddle to the other side. 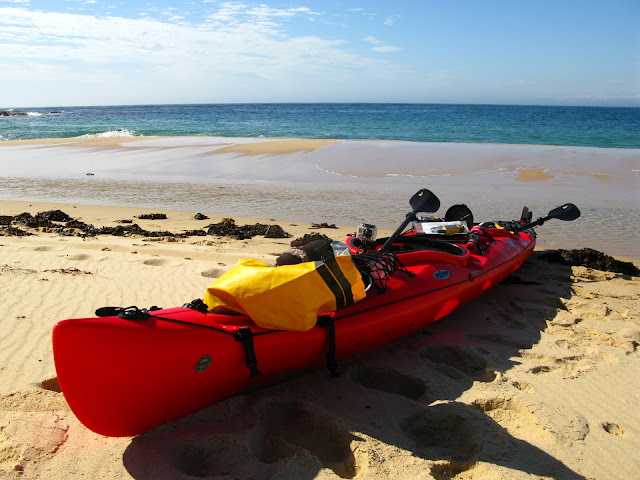 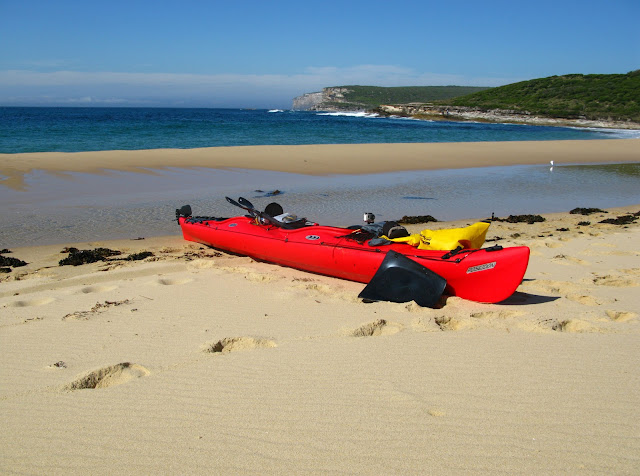 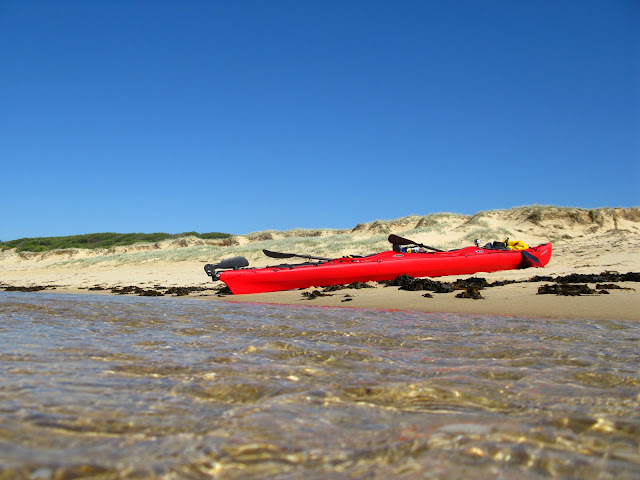 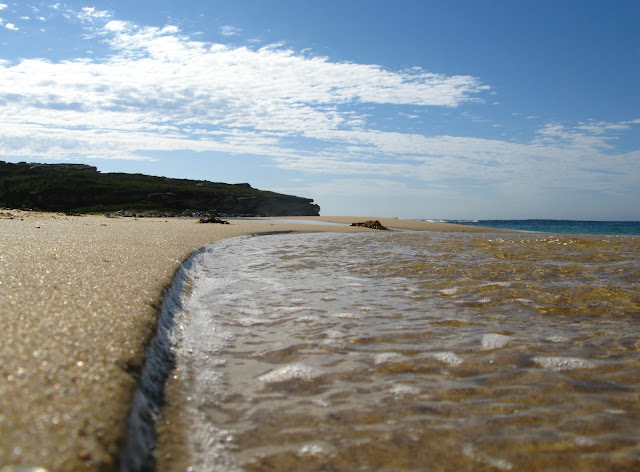 As usual, Marley Beach never disappoints and after a short visit we continued south towards Wattamolla Beach. 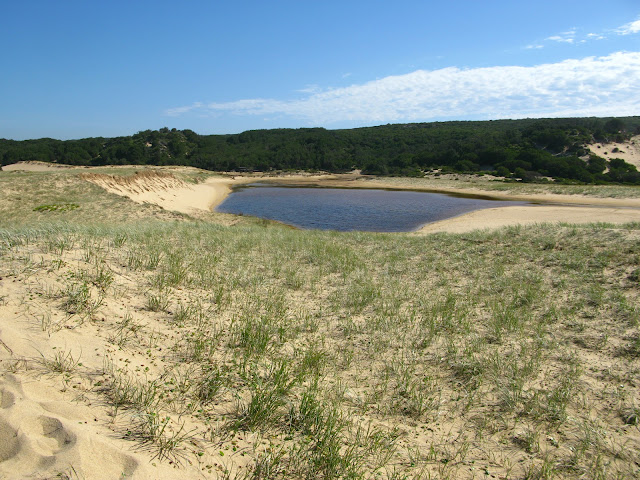 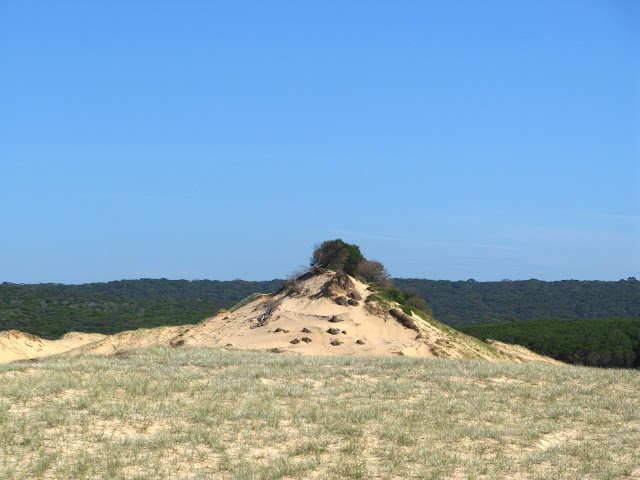 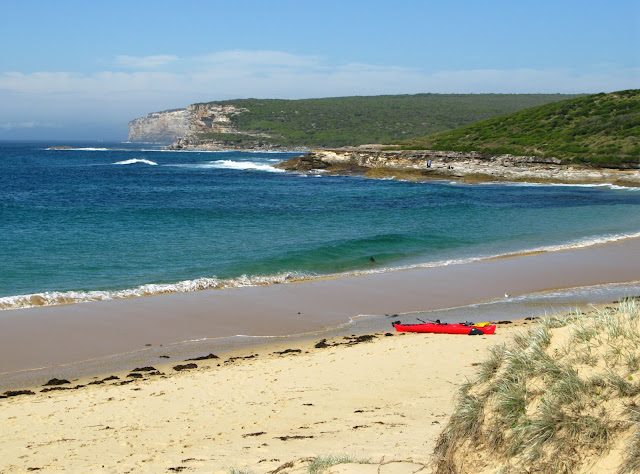 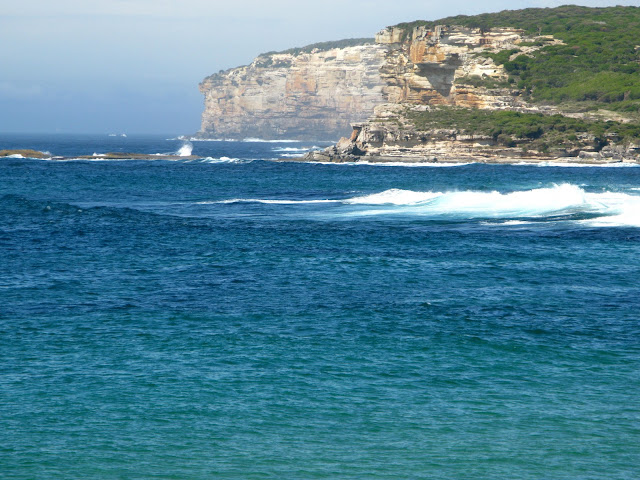 Not too long after leaving Marley we arrived at Wattamolla which is quite the little paradise if you don't mind the crowds. Lunch was devoured while relaxing and enjoying the view. The southerly wind shift arrived on time and after watching the rolling cloud sweep through and disappear to the north, a new wind swell arrived clashing with that from the north. The trip home would be a little busier than the one we had just completed. 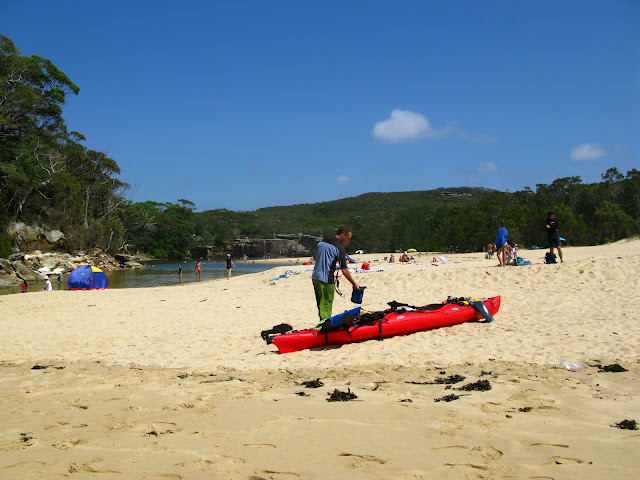 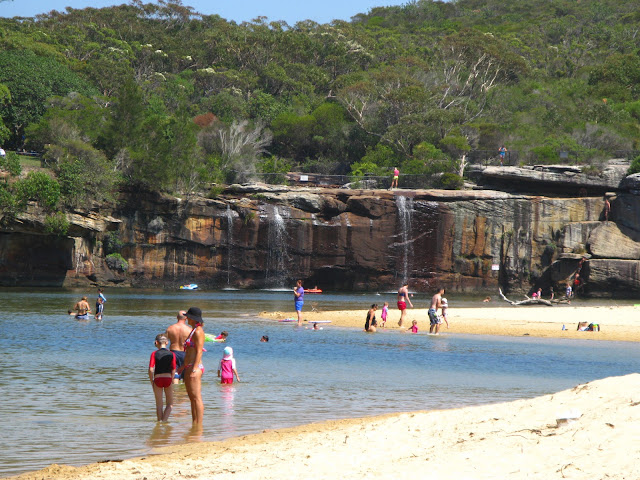 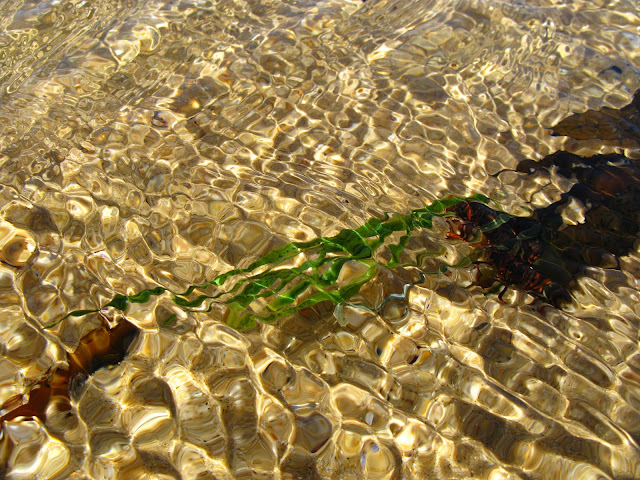 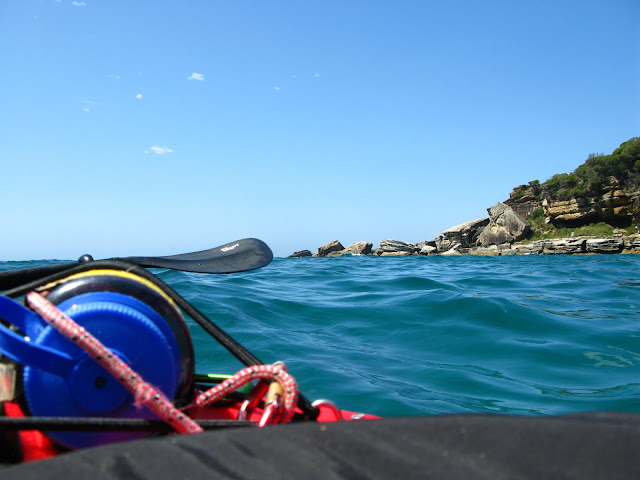 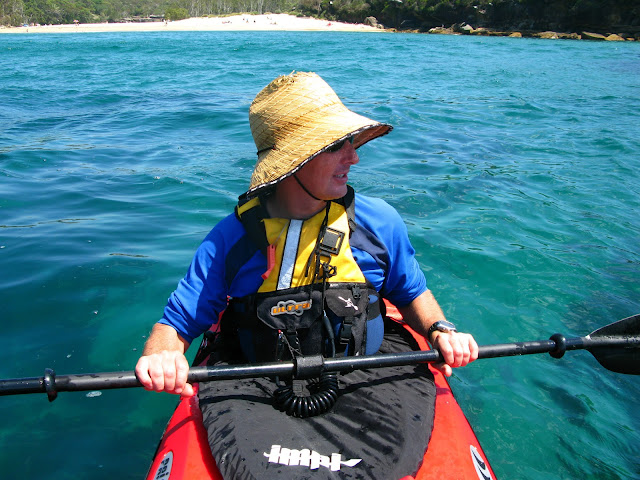 After rounding Providential Head the conditions changed immediately and with two swells clashing there was no time for photos until we arrived back in Bundeena. It was great day out and around 27klm paddled in total. How lucky we are....

Email ThisBlogThis!Share to TwitterShare to FacebookShare to Pinterest
Labels: Kayaking