With increasingly limited time to get out and about lately, I was determined to squeeze a canyon into the schedule over the weekend. Empress Canyon has been on the list for a while but due to being a popular commercial trip with easy access I'd put it on the night canyon list. A last minute call to Scott had us arriving in Wentworth falls just after dark. The canyon by all reports was a fairly short affair with only one pitch of around 28m.

My earliest memories of abseiling were out of our backyard tree on an old hessian rope with Scott. It had that distinct musty smell and made noises under tension that didn't inspire a great deal of confidence. I think I was around twelve years old when we went abseiling down in the local creek. I'll never forget slipping off the mossy overhang and not opening my eyes until I had slid the entire length of the rope, only managing to stop when Scott had used every ounce of his bodyweight to stop me while belaying. I was 1 foot off the deck and thanking my lucky stars one of us knew what they were doing! 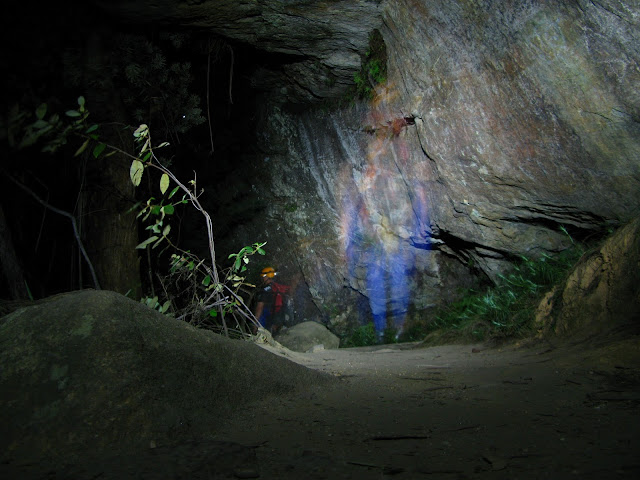 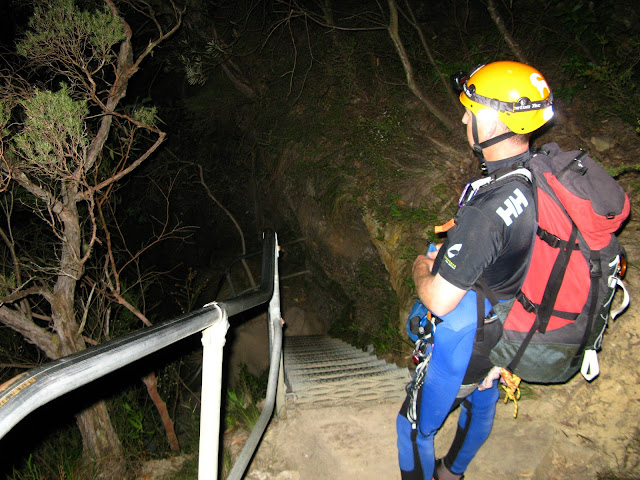 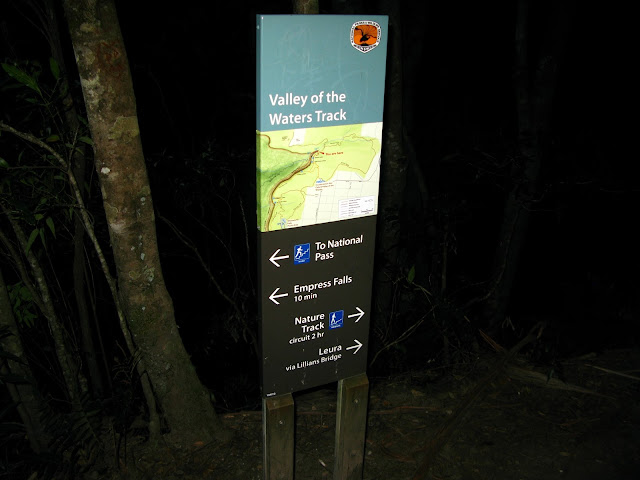 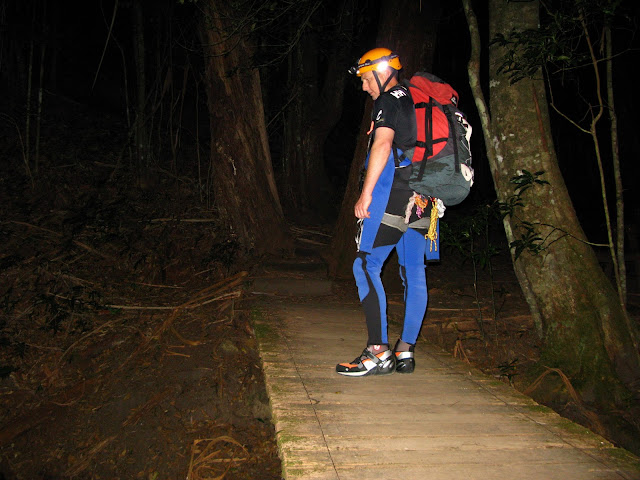 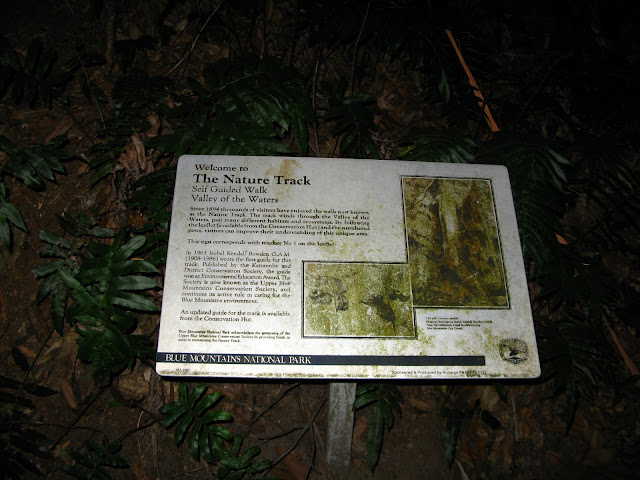 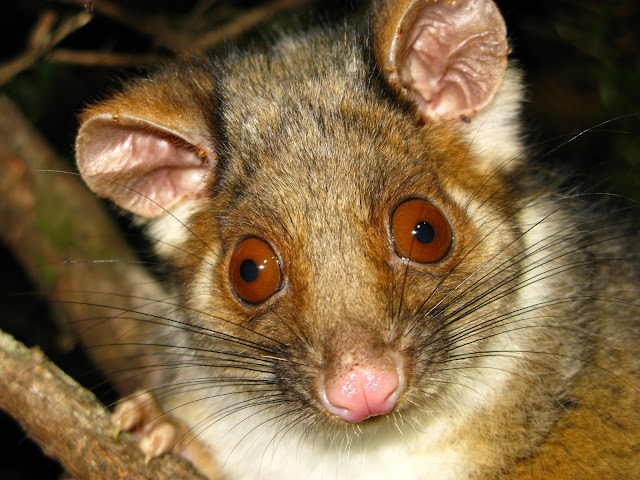 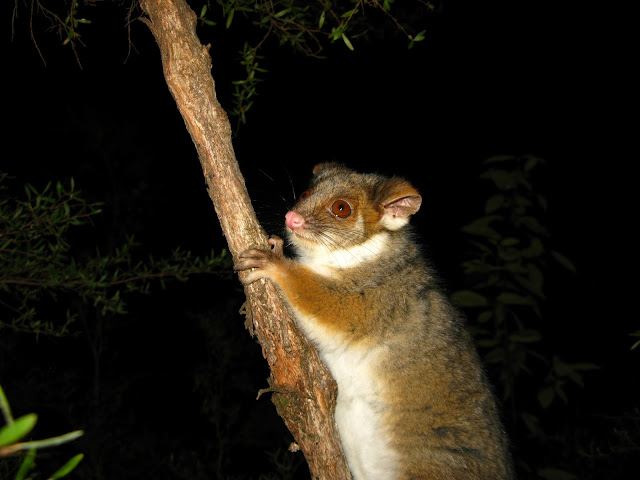 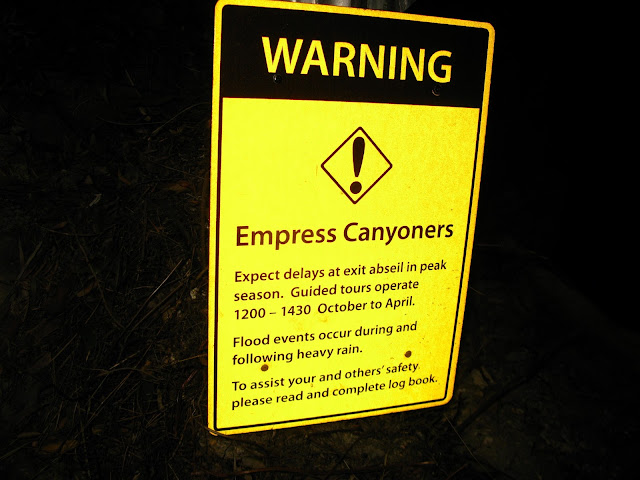 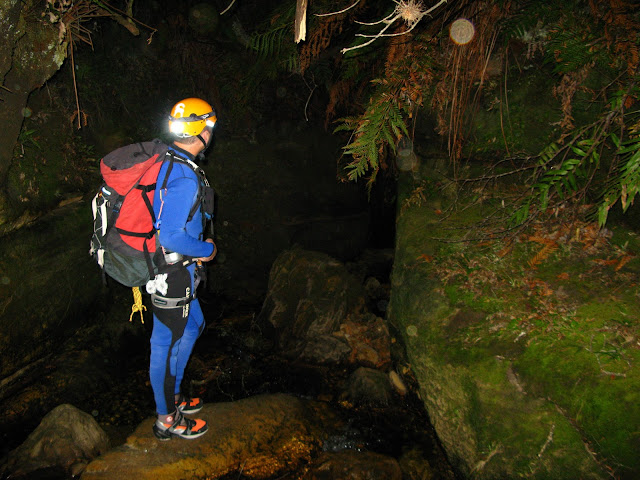 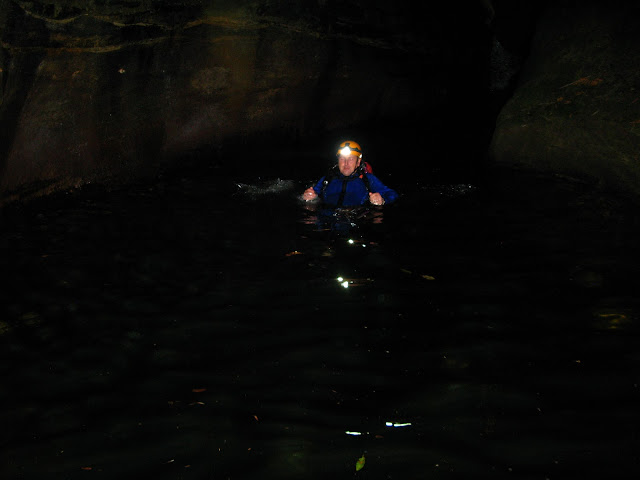 The canyon was short but we extended it somewhat by fooling around with cameras and reliving past mishaps and adventures. After I'd perfected the art of slipping at the crux and hand jamming overhangs, I watched Scott rap down flawlessly before ascending back up the track to the car. 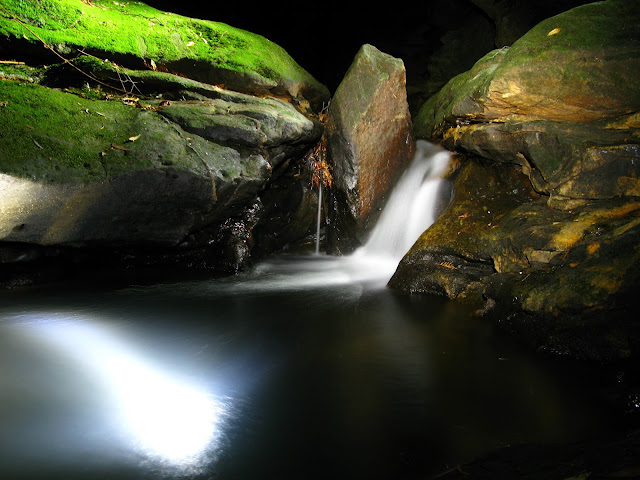 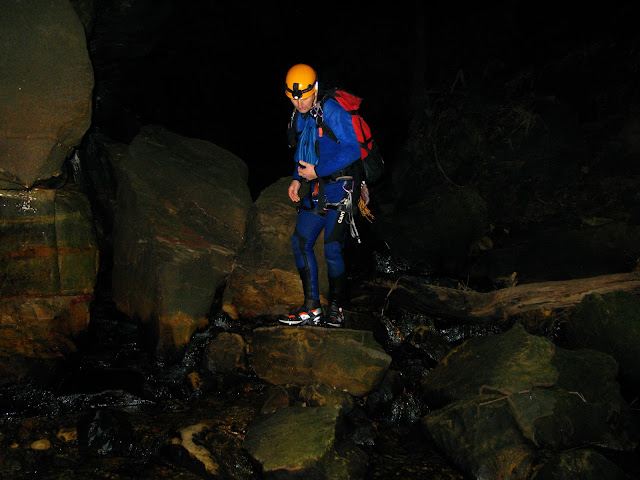 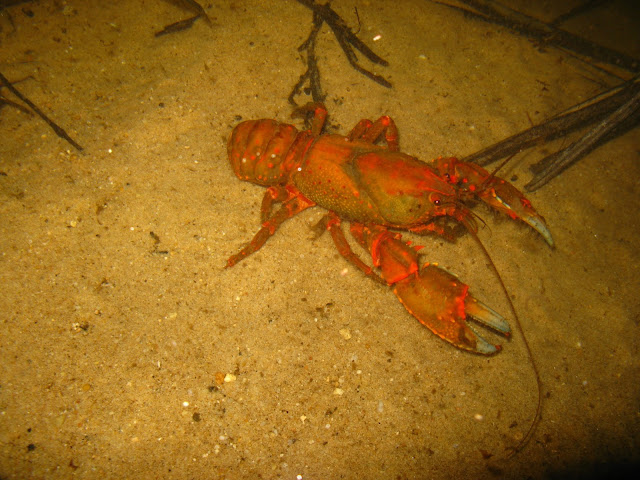 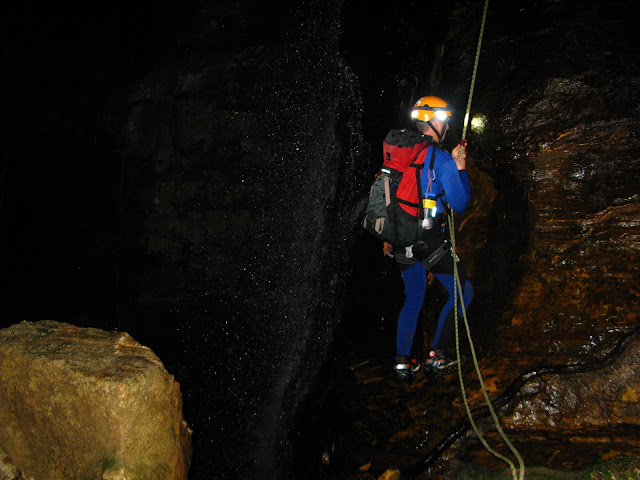 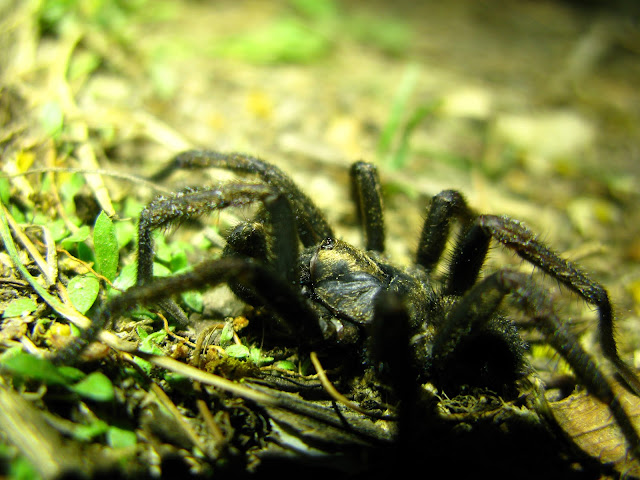 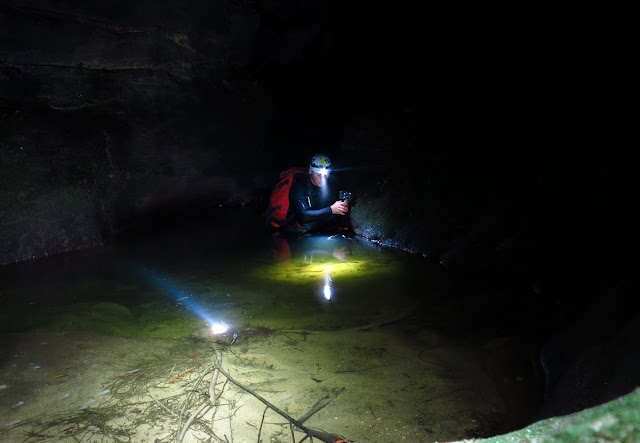 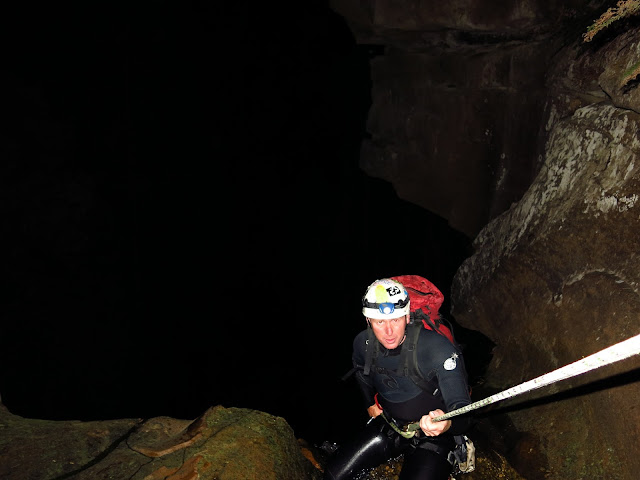 A nice evening out, and one that had us planning more of the same. Good times....
Posted by D at 9:42 PM