Quest for the south magnetic pole. 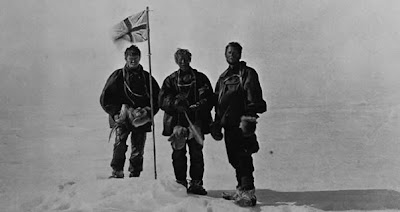 We spent a few hours checking out an exhibition at the National Maritime Museum in Darling Harbor on Sunday. It was quite incredible to see up close, the types of equipment used by the likes of Mawson, Shackleton, Hurley etc.

It gave me an incredible amount of respect for how hard these guys must have been physically and mentally to survive the way they did with the type of gear they used. It was at the time, the best on hand but also quite inferior to the products and relative comforts we have at our disposal today.

I walked away thinking modern attitudes towards exploration or adventure of any nature is vastly different these days. I've read plenty of books on the early explorers and the hardships they endured, but to stand next to the equipment and feel the fabrics that kept them alive was humbling to say the least.

Having a relatively small amount of experience in regards to blizzard conditions in our local hills, I can only imagine the fear some of the early teams had to conquer. I trust my gear will protect me in the somewhat tame environment we play in compared to the harsh Antarctic landscape Mawson and Co. had to endure.

This was the harness system used for hauling two sledges weighing up to 200kg's. 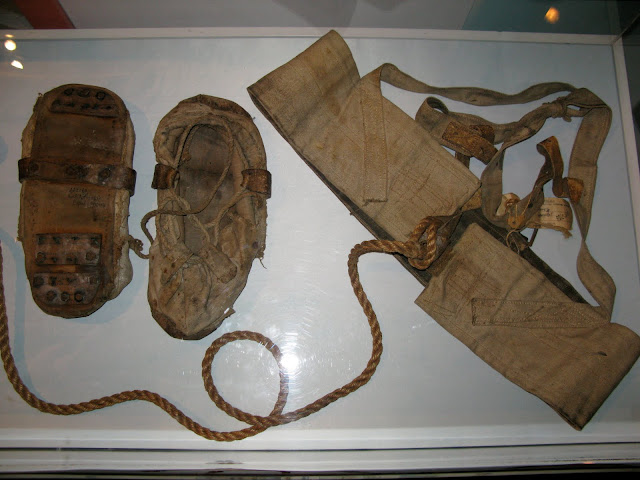 The tents, complete with numerous repairs was nothing short of scary. This one was used by Tim Jarvis on his retracing of Mawson's ill fated sledging journey. 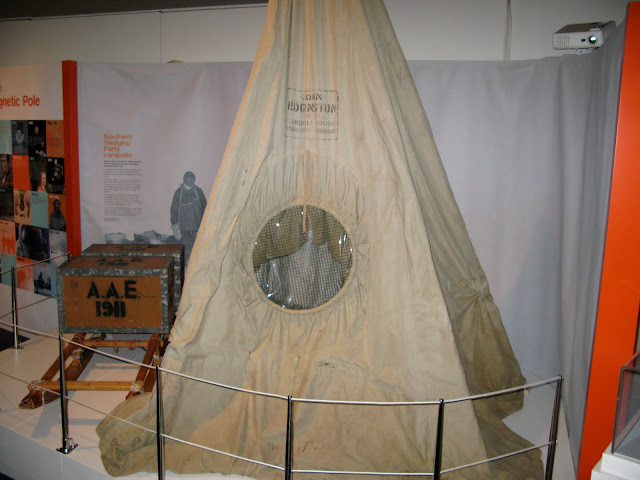 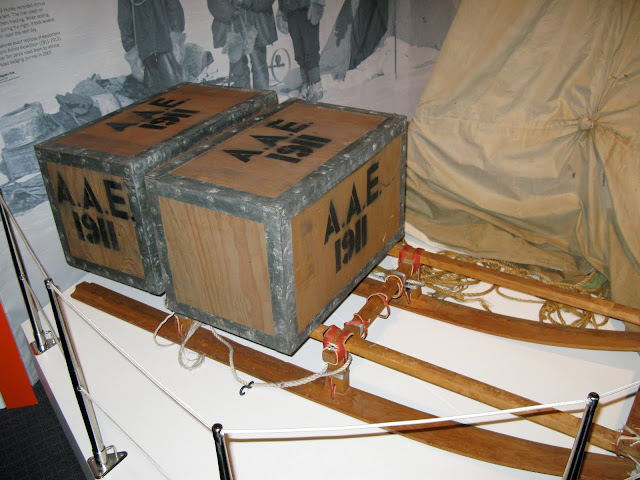 Style was not even considered back in the day. 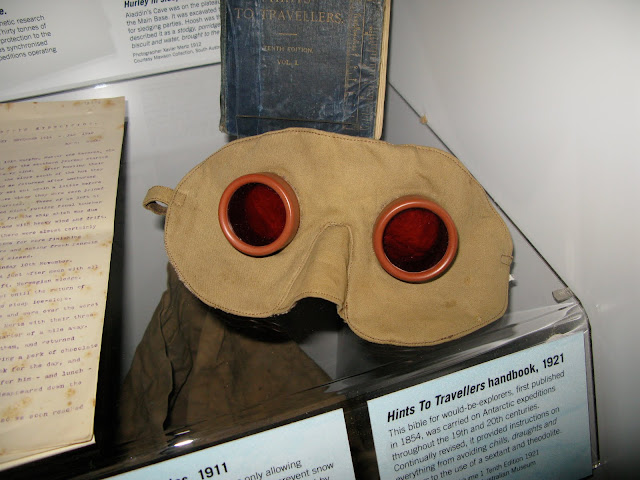 The sleeping bag was a three man job made from reindeer skin by the Sami people of northern Scandinavia. 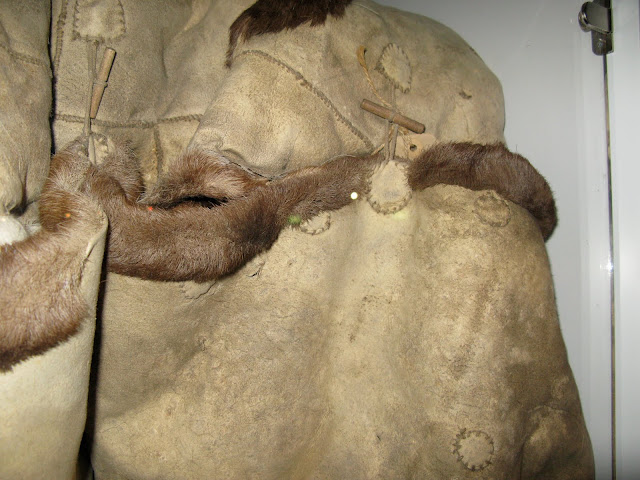 The boots used were also made by the Scandinavian's from the toughest reindeer skin. Although insulated with thick sennegrass, finneskos were not waterproof and sledging parties risked frostbite constantly. 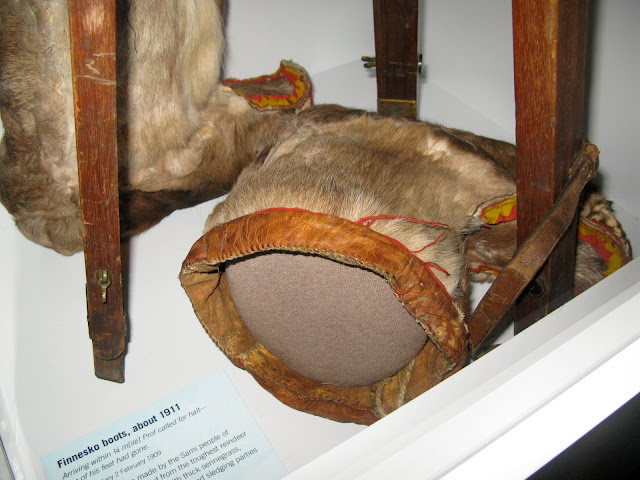 Skis were fairly simplistic, as were the bindings. 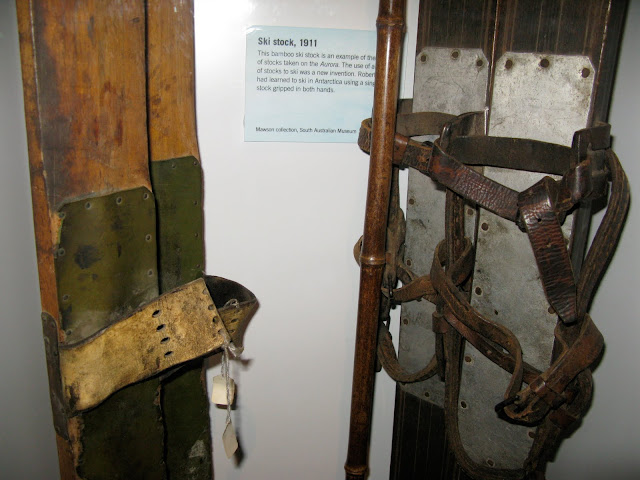 The old cooking stove was quite bulky. 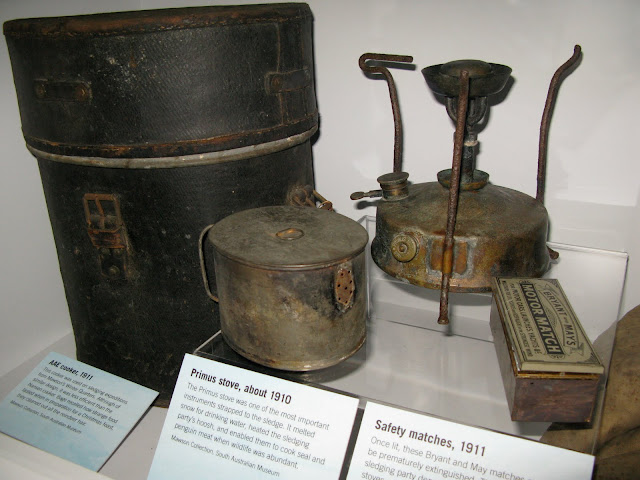 My favorite piece was an improvised anemometer made by Percy Correll after he discovered the standard equipment could not withstand Cape Denison's katabatic winds. The "Puffometer" recorded gusts or puffs of almost 300 kilometres an hour. 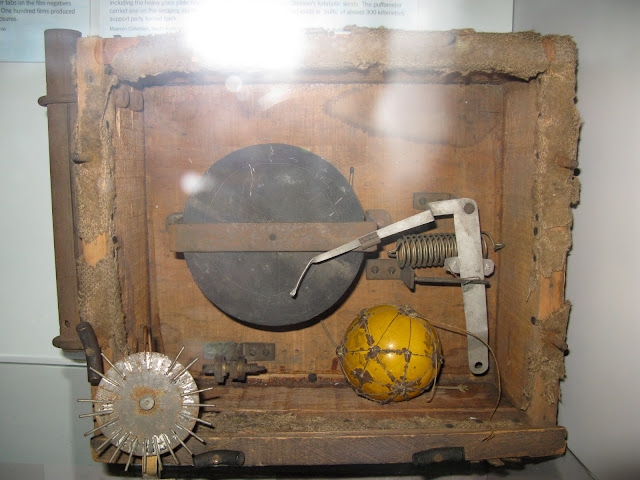