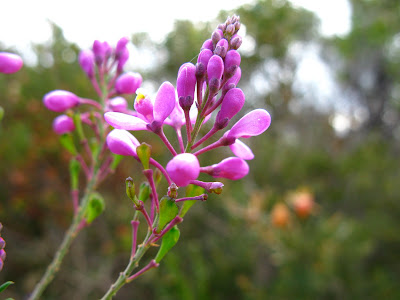 Dana and I decided to go and do some exploring of Marley Lagoon after looking across the dunes on a previous walk and wondering what we might find on her distant shoreline. Its a very small body of water behind Marley beach which I know little about.


The memory I had from the last visit was of an easily accessible, tannin colored and seemingly clean Lagoon. Upon arrival it appeared much the same with the exception of some new plant growth which blocked entry to the main waterway, but we were confident of breaking through.

I had a quick look on Google Earth the night before and it seemed to show a small secluded beach on the far side, although all we could see from the dunes were reeds. We took the Little Marley fire trail in from Bundeena Drive which took about an hour and a half, branching off towards the coast at any junctions.

This Trig point was located just near the fire trail start point. 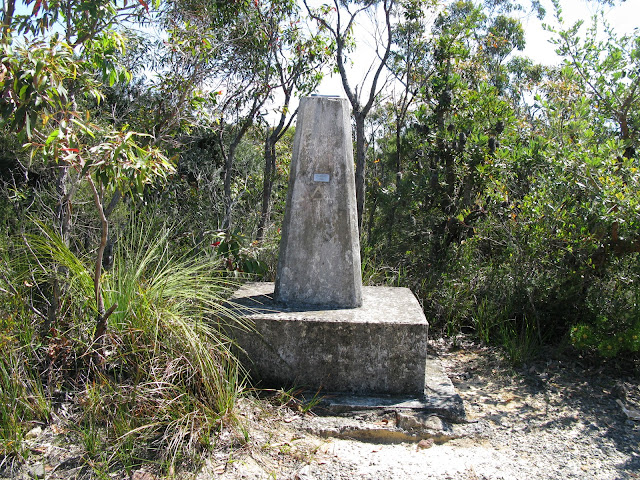 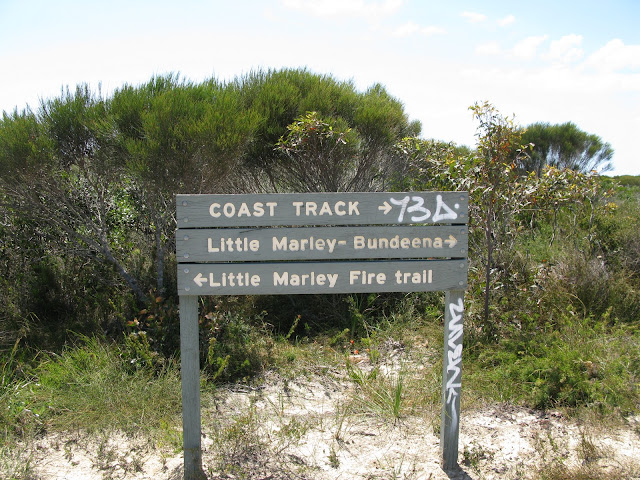 This small delicate flower was scattered along the sides of the track. 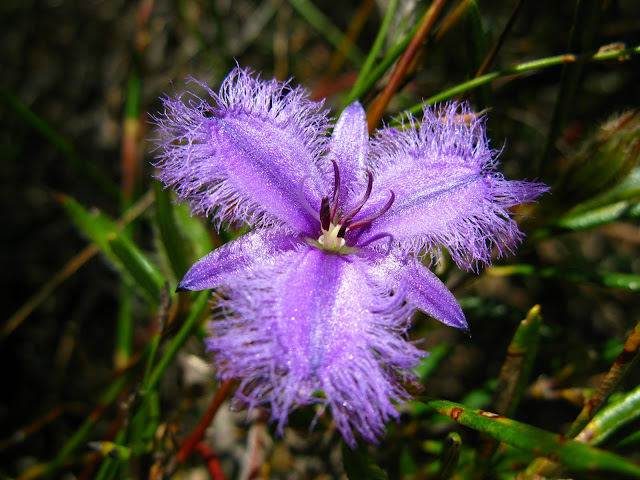 It was 33 degrees and there was nowhere to hide from the sun on the walk in. 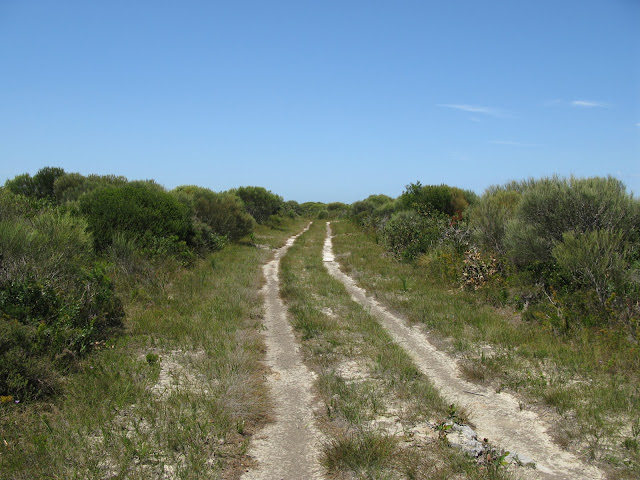 This section of coastline is quite spectacular, and there were many people doing the two day Coast Track. 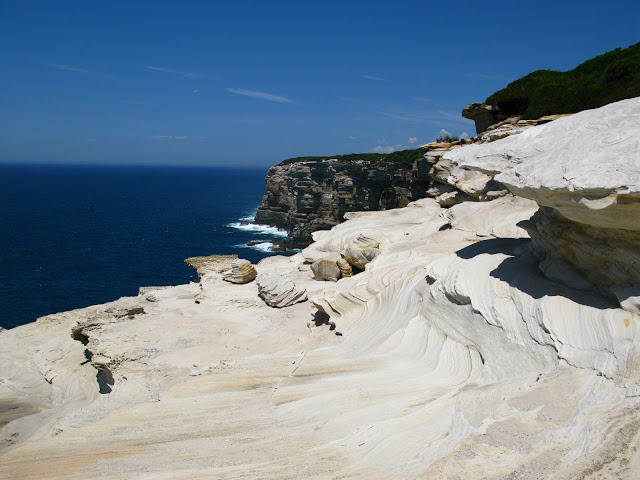 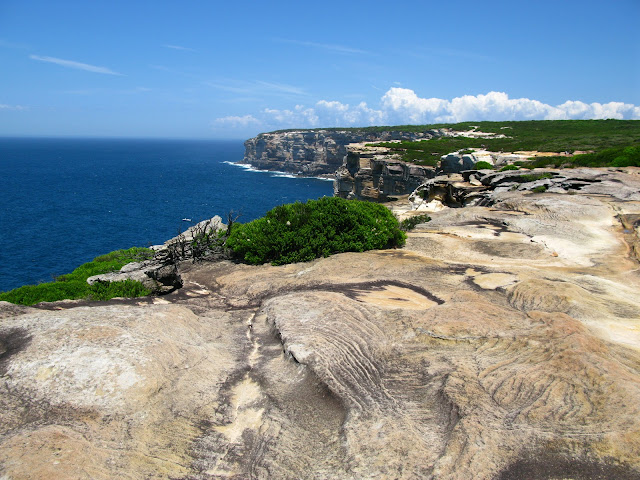 After a while we came to Little Marley beach which is a popular fishing spot off the rocks. 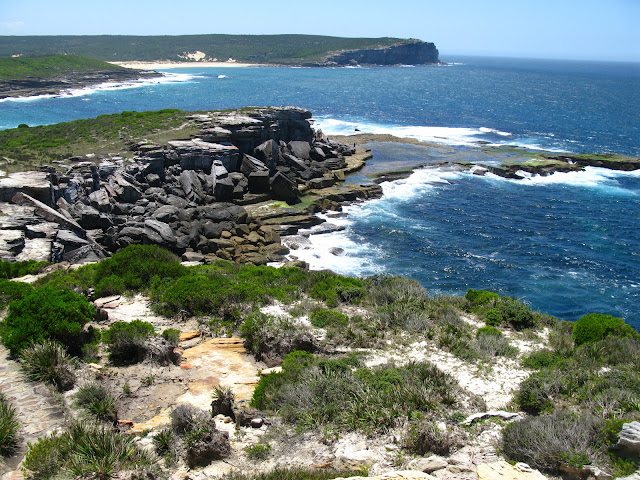 Once we arrived at Marley beach, it was time to head into the small dune area and over to the Lagoon for some exploring. 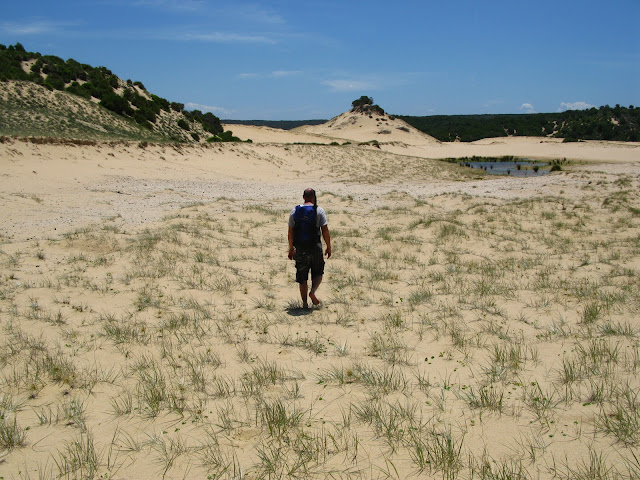 I'm fascinated by this pinnacle of sand at the back of the dune system. It reminds me of the Sentinel in Kosciusko National Park. 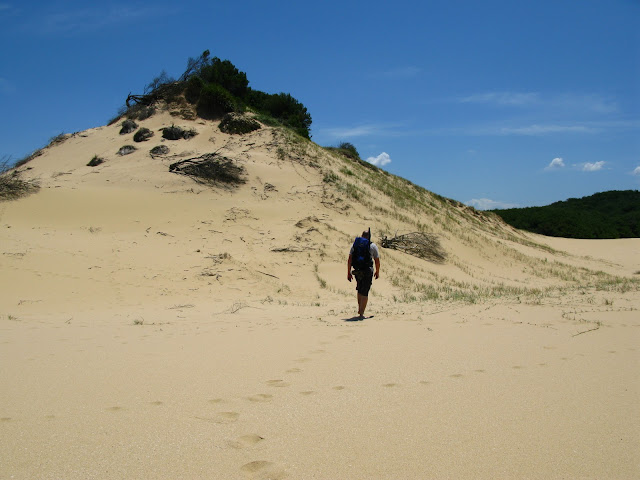 It was good to be carrying a relatively small light load for a change. 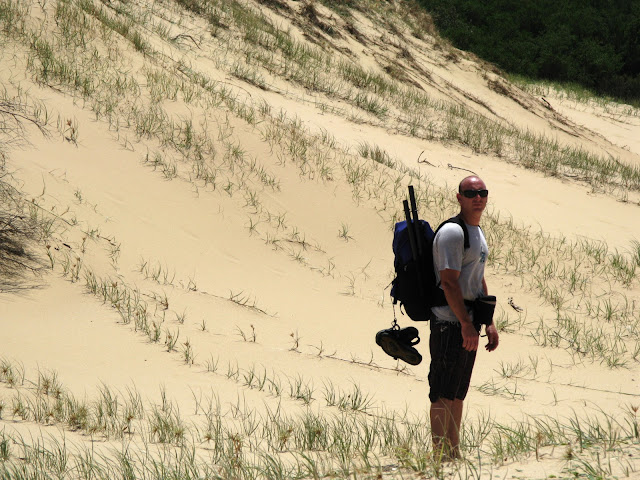 I was keen to get the Packraft out and inflated upon arriving although the plants which I think are a type of Pampas grass, (possibly Cortaderia selloana) seemed to block access to the larger area. 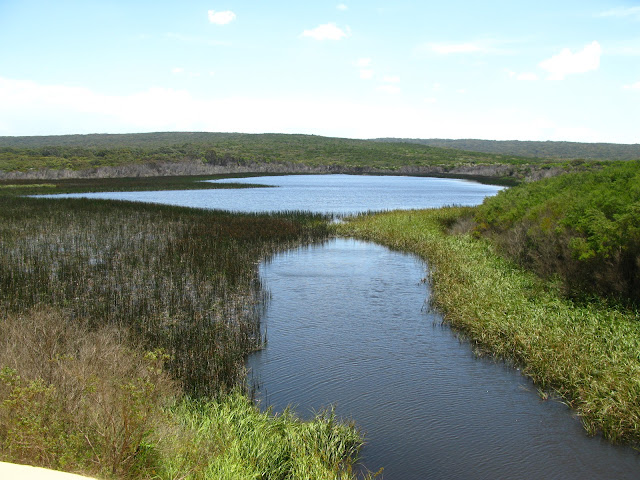 We had some lunch and found a suitable launching area and off we went. 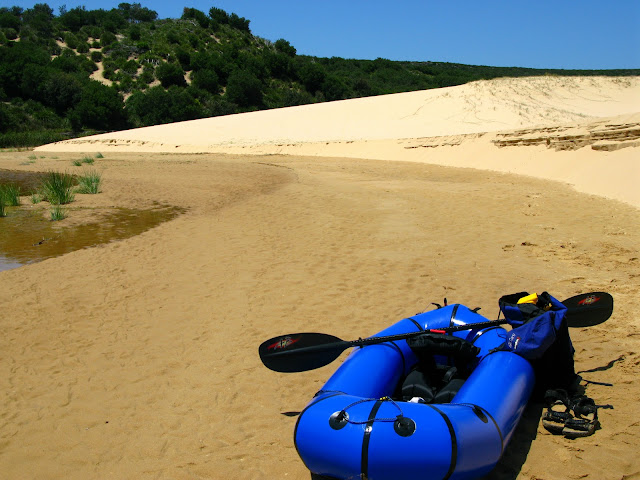 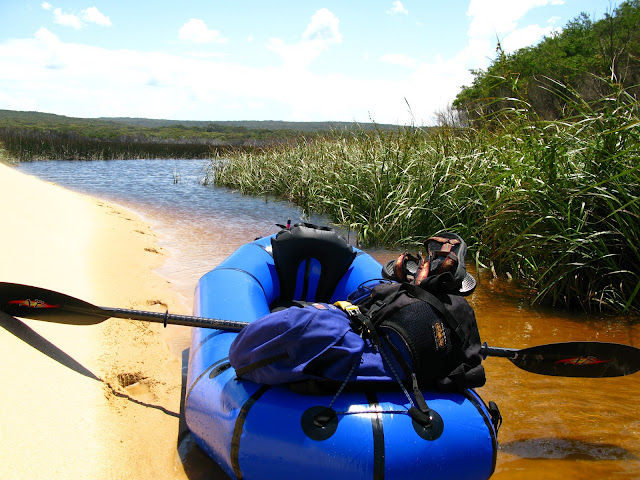 With only one packraft and two people we decided to sit facing each other. I wouldn't do this with my mates unless I had to...... 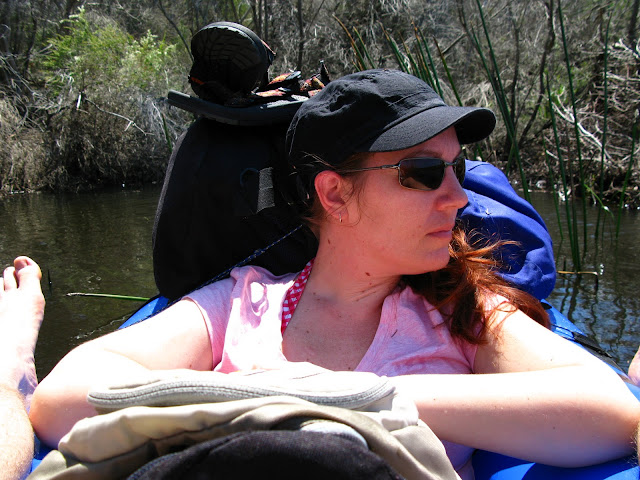 After 10 minutes of difficulty we made the short 20 feet through the Pampas grass which was incredibly sharp. It was a million razor blades scraping and scratching on the sides of the Llama which had us both pretty nervous. 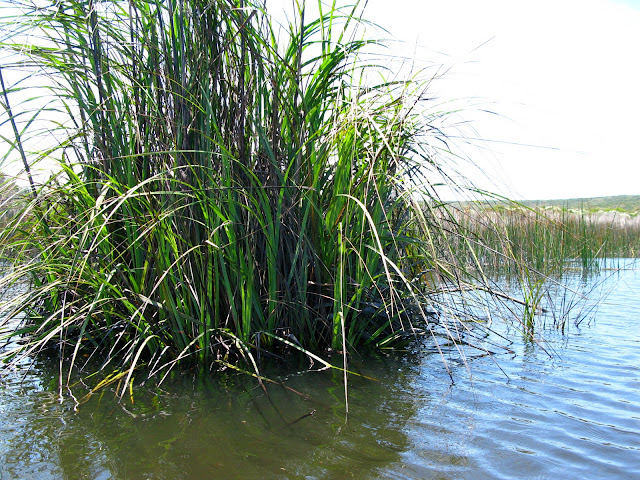 Dana found the ride very relaxing and almost nodded off to sleep after a busy week. 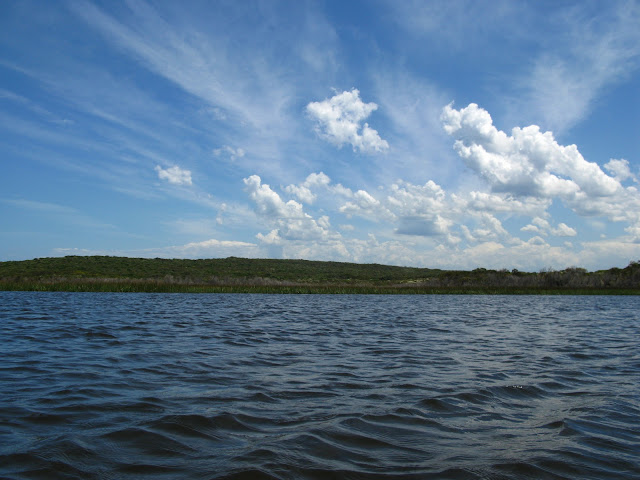 There were schools of fish jumping out of the water here and there, and although I'm not much of a fisherman they seemed to be some kind of Mullet about 40cm long. One almost landed in the raft giving us a bit of a laugh. 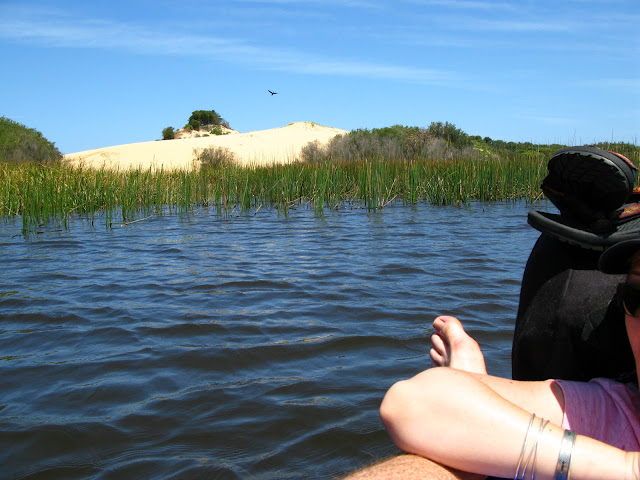 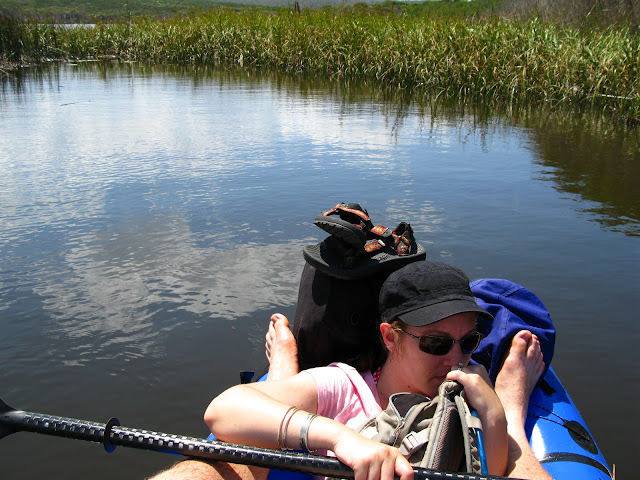 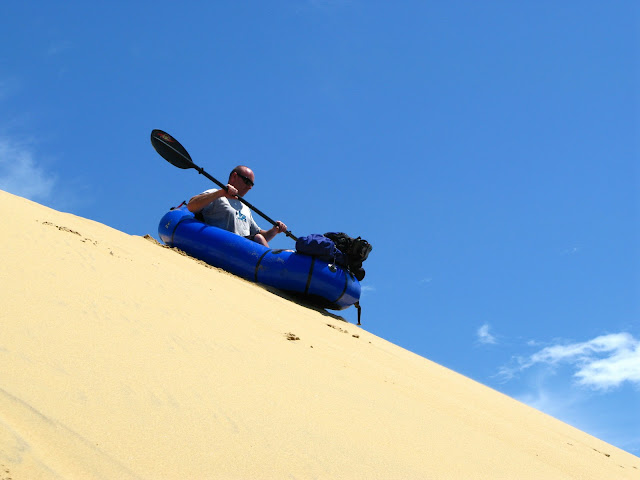 We didn't find any small secluded beach on the other side but it was a nice day out none the less.
Posted by D at 5:48 PM