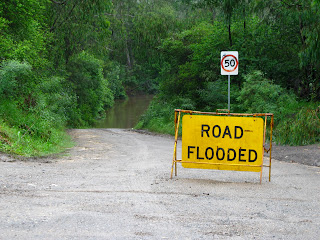 After a few days of fairly consistent rain, I was interested to see what the Colo was like in high water. I had two ideas.

One was to head up to the Culoul fire trail on the Putty road and drive, walk, and ride to the end point where there is a lookout that gives a great vantage point of the middle section of the Colo near Wollemi creek. The second was to revisit and potentially paddle the Upper Colo bridge back to the Putty bridge.

When I drove over the Putty bridge, I saw a fast flowing river which I just had to paddle!

I decided to drive up first to check what the river was doing as I had no idea what to expect. There was some local flooding here and there but as the Upper Colo gauge had peaked at 7.56m and had been dropping since the day before I wasn't concerned. As it turned out I ended up paddling it at 7.5m! 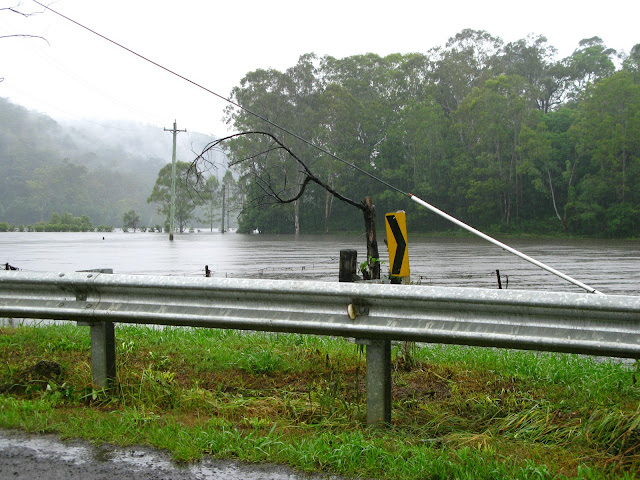 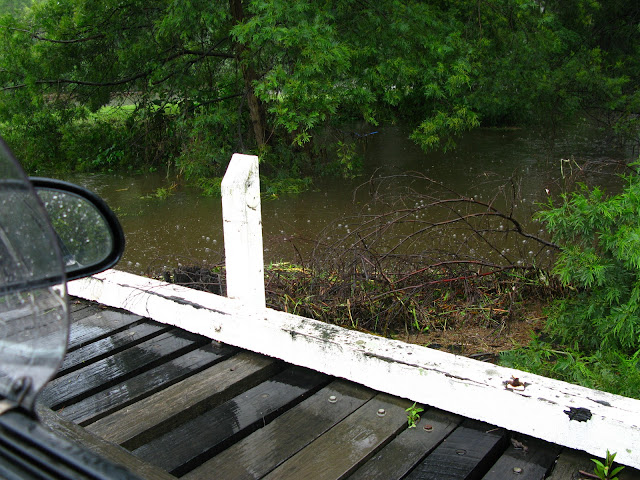 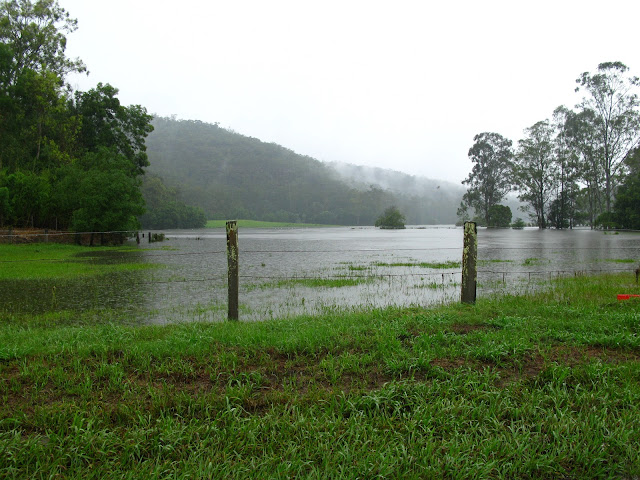 The put in seemed ok so I drove back to the take out, dropped the car off and rode my bike back to the start. After the half hour ride I put in at 9.30am and started paddling. It was a fast flowing muddy brown conveyor belt which other than moving fairly fast seemed quite safe. 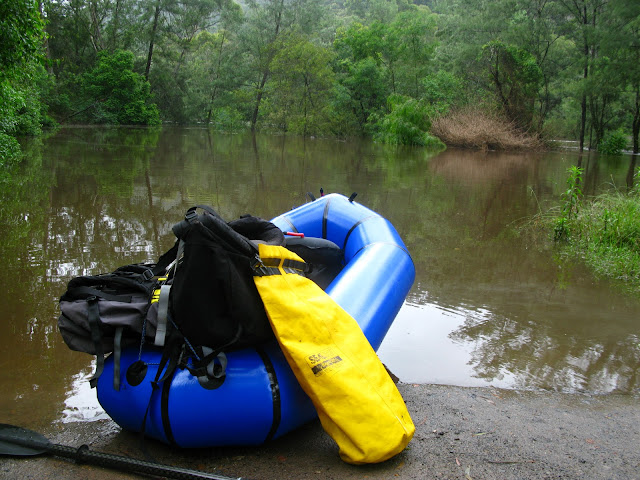 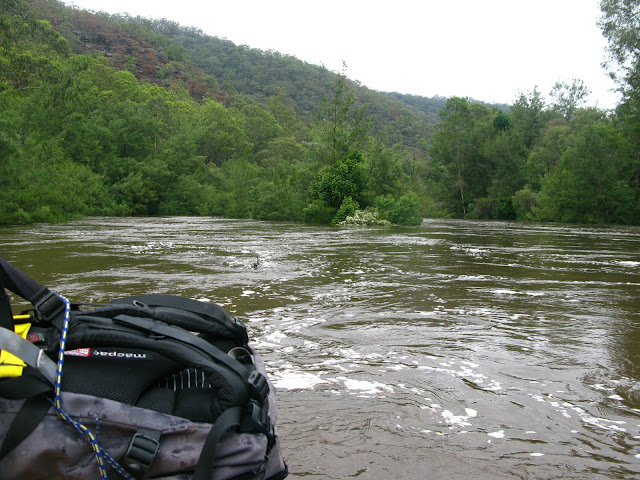 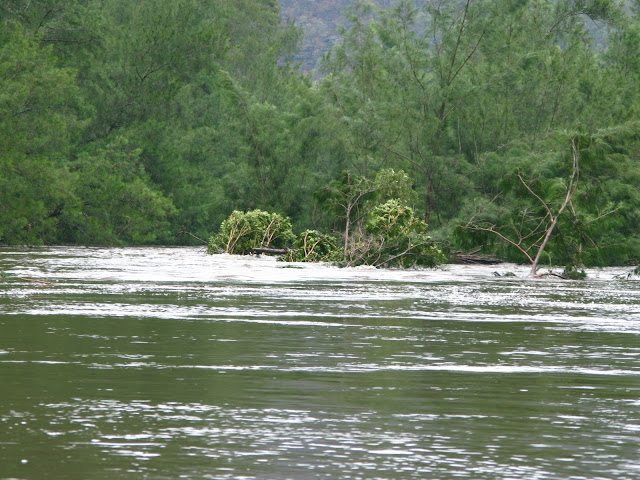 It only took one hour to do the 12k's back to the car and there was a fair amount of debris in the water. I took the raft out under the bridge and started the drive back up to pick up my bike. 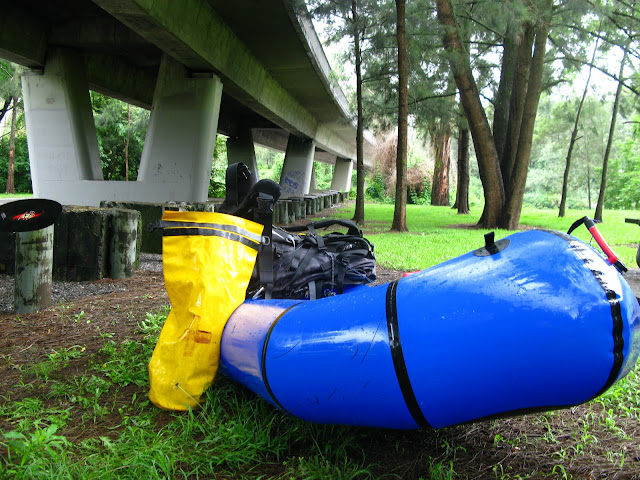 About 2k's up the road, I came around a bend to find a queue of cars banked up and a flooded road!
Wheeny creek bridge was completely submerged and only a couple of 4WD's were getting through. The locals were saying nobody would be getting through soon. 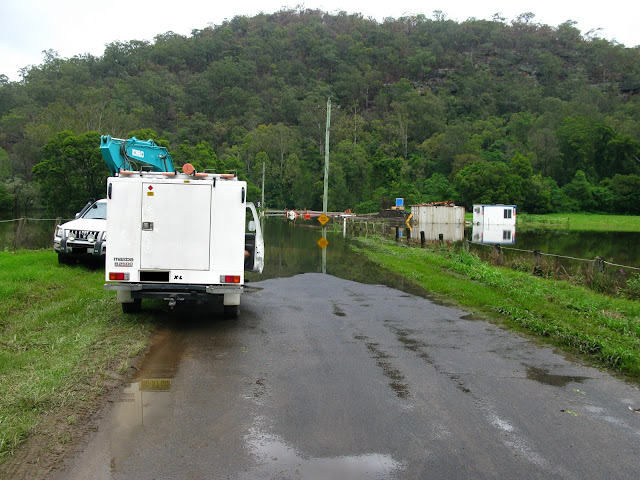 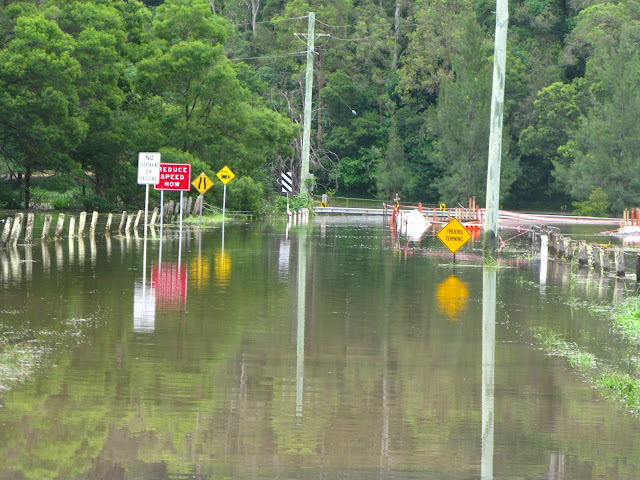 I parked the car and thought I'd wade over and walk the 10 k's to get my bike when a nice bloke from a 4WD club said he'd give me a lift as his club was camped up near the bridge anyway. We had a great chat about his recent 6000k trip through the Australian outback on the way and after thanking him, I found my bike and headed back.

On the way I started to worry that the water level may reach the car so after twenty minutes of riding I made it back to the bridge. The water had continued to rise so I waded back across with the bike. The water was up to my waist by now and had just reached my car on the other side. 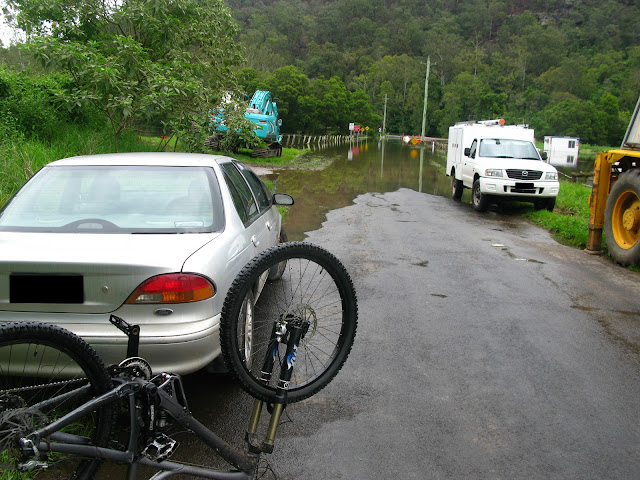 I was relieved to get back just in time but as I was loading the bike in the car, a local told me the road was cut off behind me as well so I raced off to find another flooded section of road. I managed to drive through this one though as it was only up to the doors. 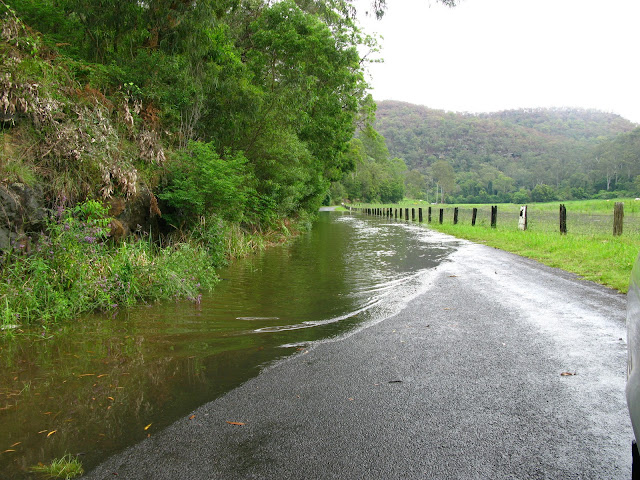 It was a great day out even with all the drama and I learnt quite a bit about this section of river and what heights I can access that side. The river hit 10.5 meters by Sunday morning.