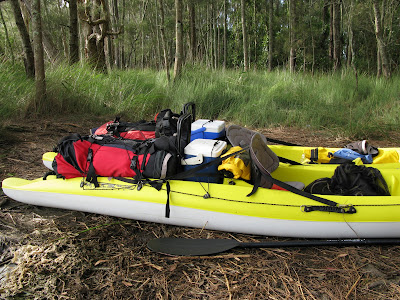 Craig hatched a plan to paddle his kayaks around a section of Myall lakes for the weekend so I got the call to start packing. Despite proposing to my wife in a sea kayak, I haven't done a great deal of it so I was excited to get out and do something different. The kayaks are a "sit on top" type which had plenty of room for two days worth of gear, fishing rods, camp stools and a small esky containing essential fluids.


The plan was to start from Korsmans landing, which was quite busy with families filling most of the available campsites. With no set destination we had planned to end up at one of the many boat only designated camp areas scattered throughout the lake system. As we headed north the first camp site passed was Mackaway Bay which had a few tents up, and a boat moored.

We pulled into Sunnyside camping area and had a look around before moving on past Boolambayte Creek and on to Bungaree Bay. This spot was great and although it only had 7 or 8 designated campsites, was worth a look. 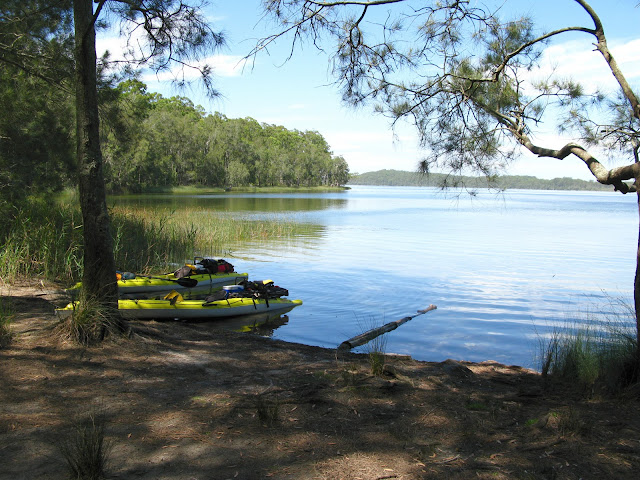 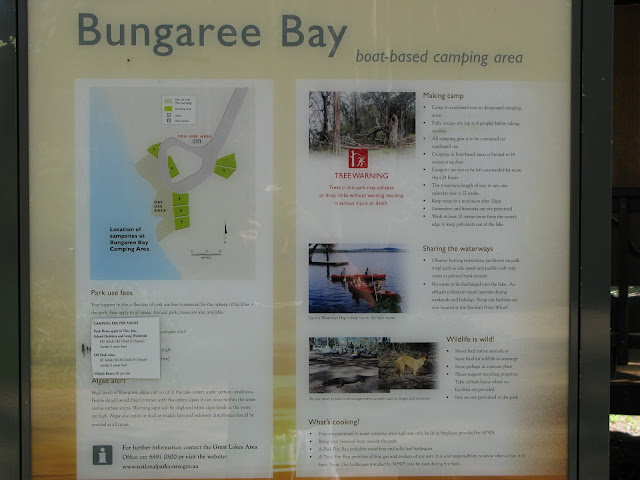 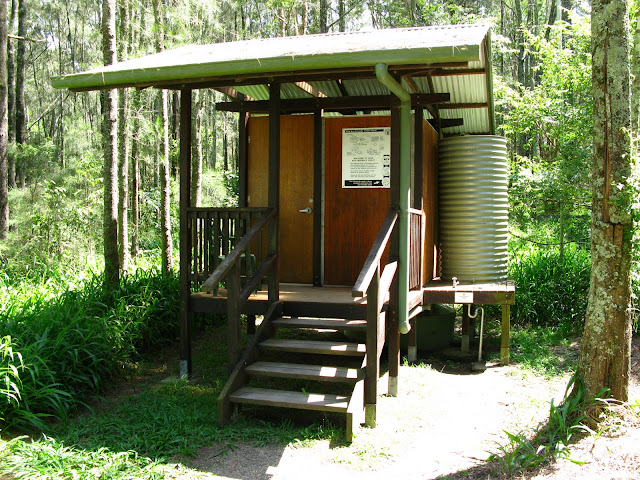 The amenities in all the campsites were well maintained and clean.

We had a quick snack and pushed on to Violet hill campground which was a lot bigger and had plenty of people well setup. A boat ramp and a larger amenities block made this a popular spot, with kids paddling about on surf skis, larger boats moored near by and lots of people kicking back enjoying the beautiful weather. 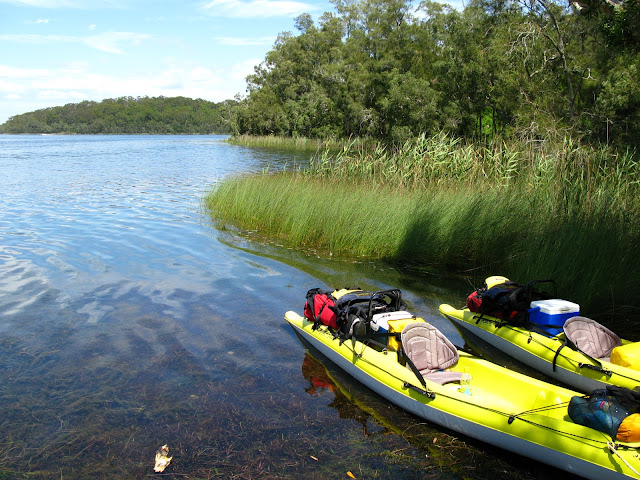 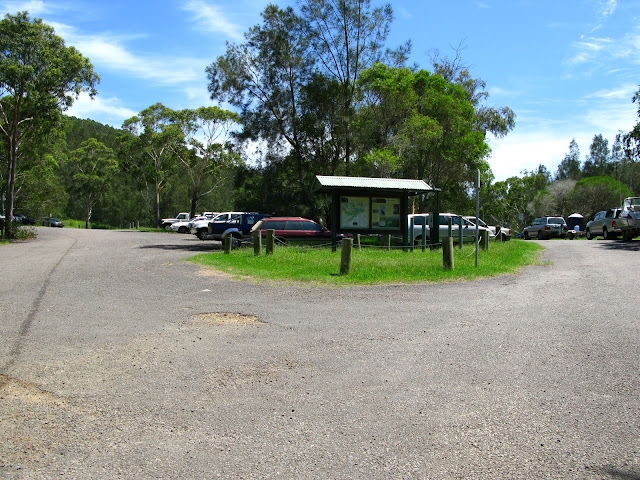 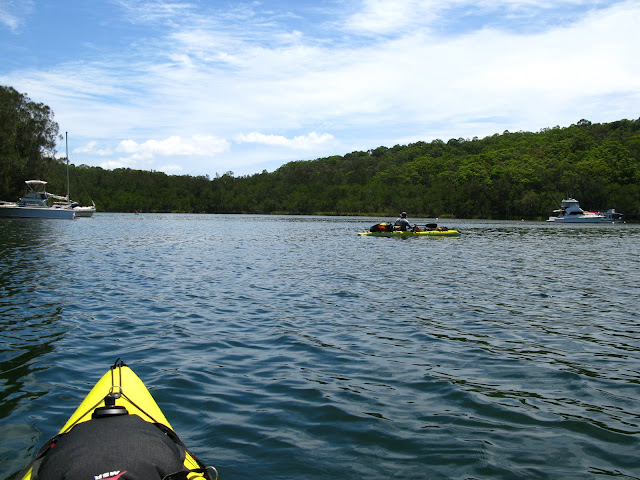 We paddled on from Violet hill in the hope of having lunch at Shelly beach campground but decided to stop for lunch before hand as the wind picked up a little so we pulled in to a nice spot and fired up the stoves for lunch. We decided to head for Johnsons beach for the night, so with the wind now at our backs we paddled off moving at a good speed trying to make use of the small wind chop on the way. 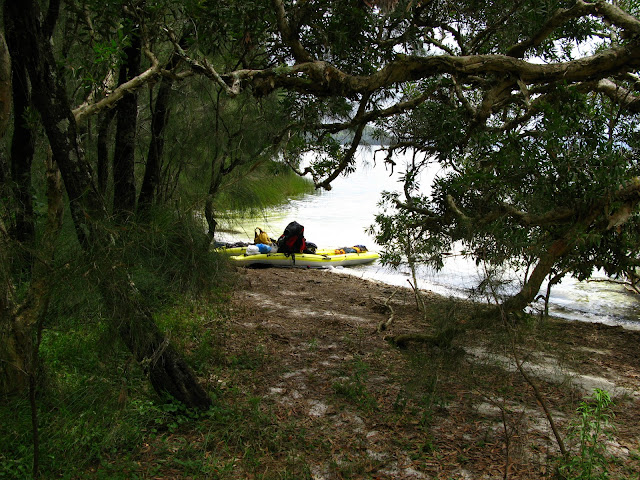 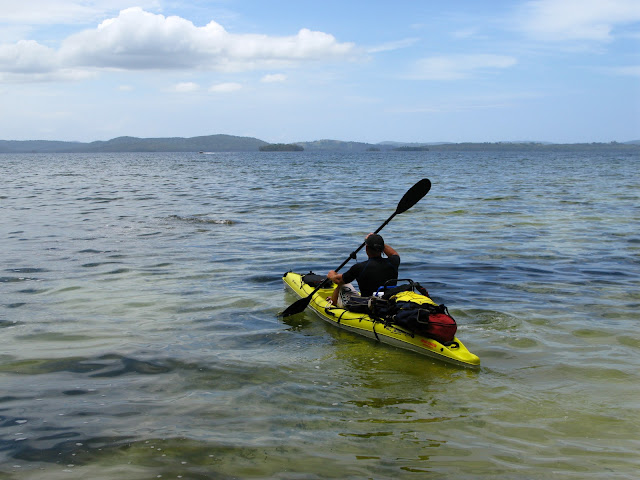 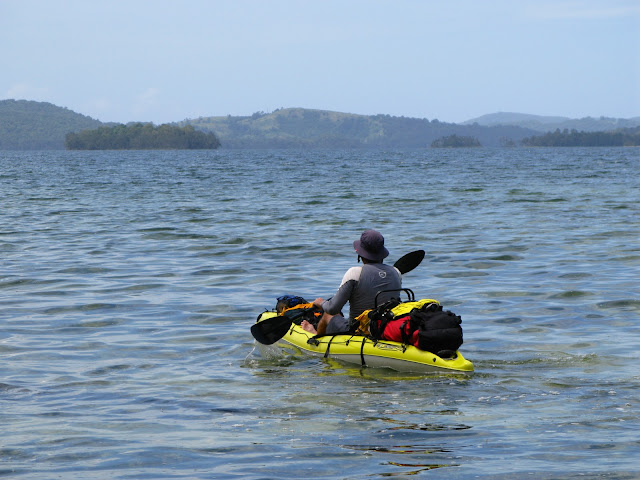 We paddled back past Violet hill and south towards Johnsons beach. As we paddled around the last bend, there were quite a few people water skiing from the small beaches scattered along a 500m stretch of the lake. We weren't sure if there were any spots left for us to camp and figured we might head back to Bungaree bay if need be but as it turned out, all the boats except one or two left not long after we arrived. Apparently it's a popular spot for day trippers and there were plenty of spots to camp. 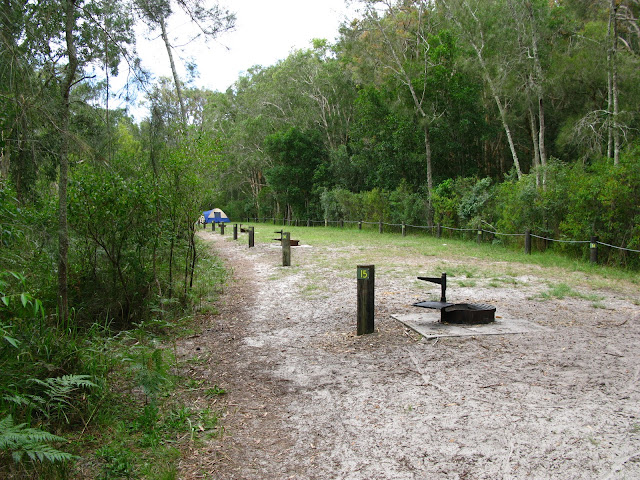 After setting up, we followed a trail up to a lookout on Johnsons Hill which was a little overgrown but still worth the half hour walk up. We discovered earlier in the day that there is plenty of wildlife in the area and found Goannas strolling about the camp. 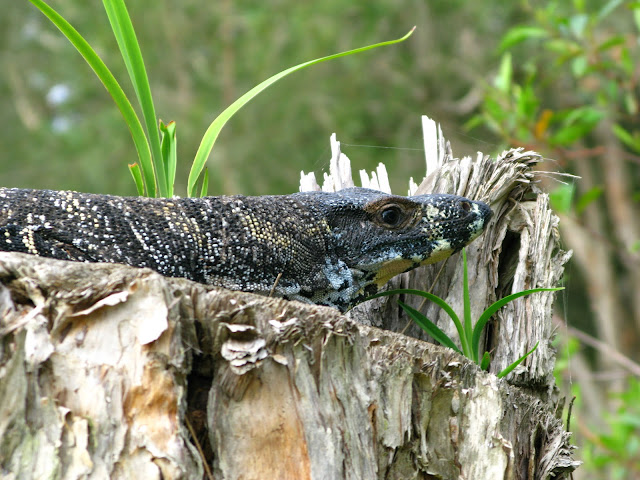 After checking the lookout it was time to kick back with a couple of cold beverages and enjoy watching the sun disappear over the back of the lake. It was just what was needed after so many other trips being physically demanding. Good company, cold beer, amazing scenery and dehydrated dinners.
Next time it will be a kilo of steak and camp oven potatoes. 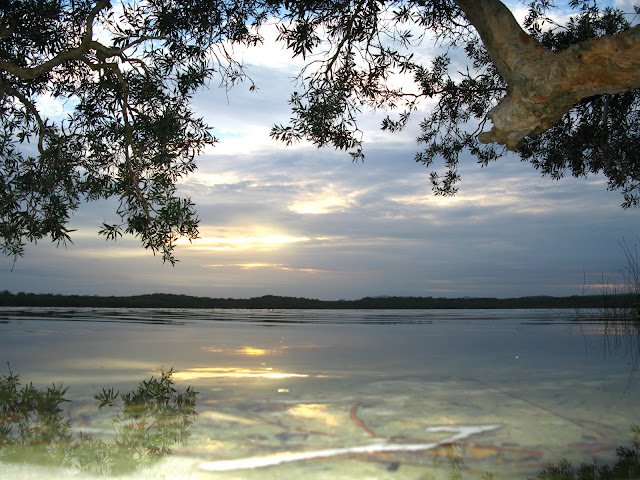 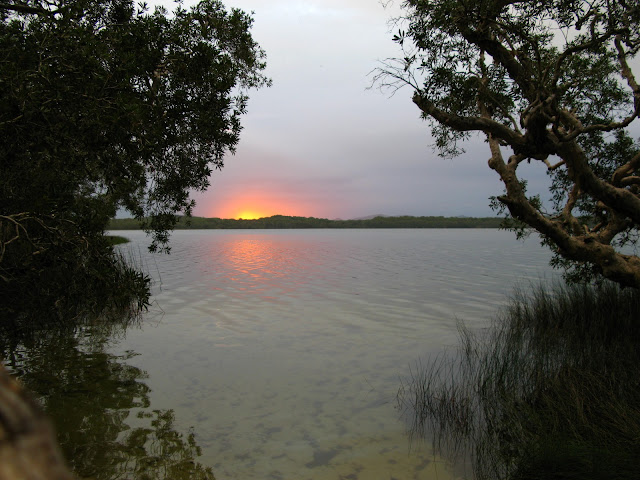 While dinner was cooking, we noticed small eels along the edges of the lake. They were quite shy when we shone the head torch on them but otherwise not bothered by our presence. 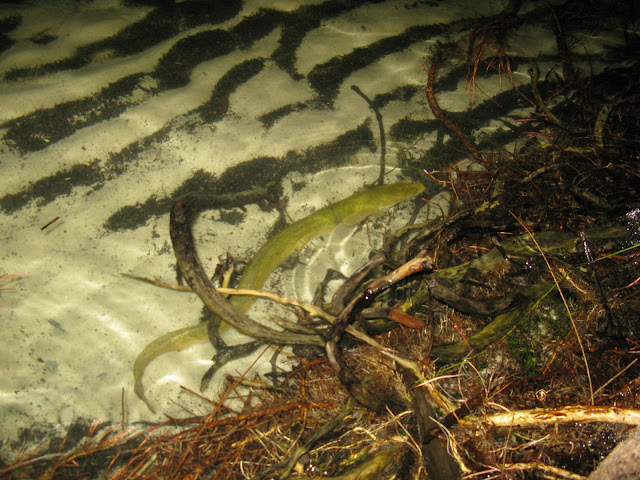 After a great night planning a few more trips to the area we returned to Korsmans landing the following day. 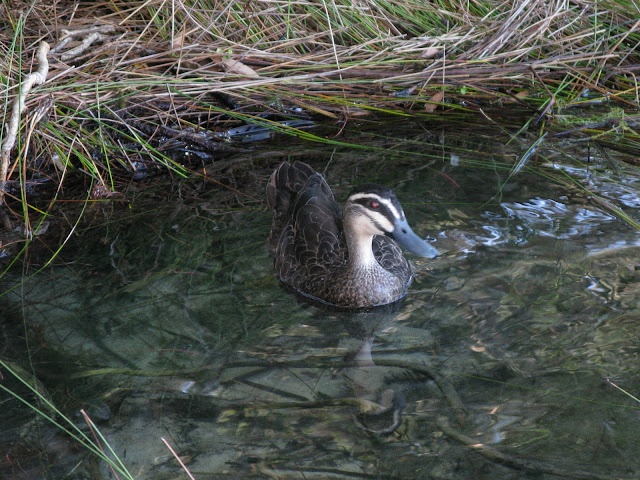 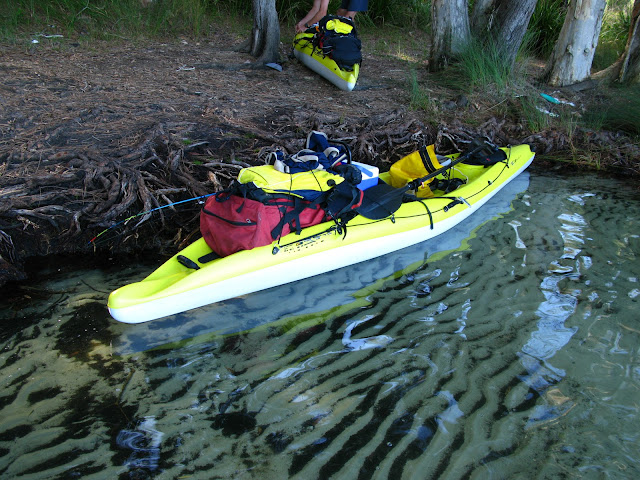 With another fun trip in the bag and a few more in the pipe line we headed back home relaxed and happy.

Email ThisBlogThis!Share to TwitterShare to FacebookShare to Pinterest
Labels: Kayaking