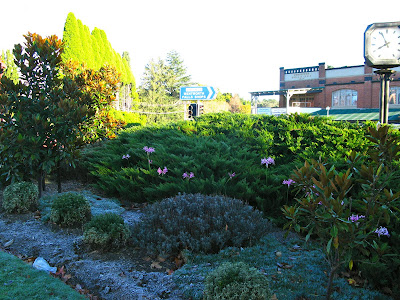 A rare weekend off together had Dana and I heading for the Blue Mountains again to visit Mt. Solitary. I've lost count over the years how many times I've traipsed over this sentinel plateau, but remember quite vividly hiking it at around 12 years old with an external frame pack loaded with as much gear as I carry now.
I don't remember ever complaining about the burden and extremely primitive gear. If you don't know any different then it seems normal so why complain. The only thing that mattered was making sure I was at the front of the group to discover anything new or be part of any mischief that occurred out of sight of those responsible.

We used public transport again and arrived at Wentworth Falls just before 8am to do the classic route down to the Kedumba River, over Mt Solitary and back to Katoomba station via the scenic railway.

The first challenge was to navigate through an urban jungle of mesh fences and machinery to reach Tableland road which we followed out to the beginning of our valley descent. 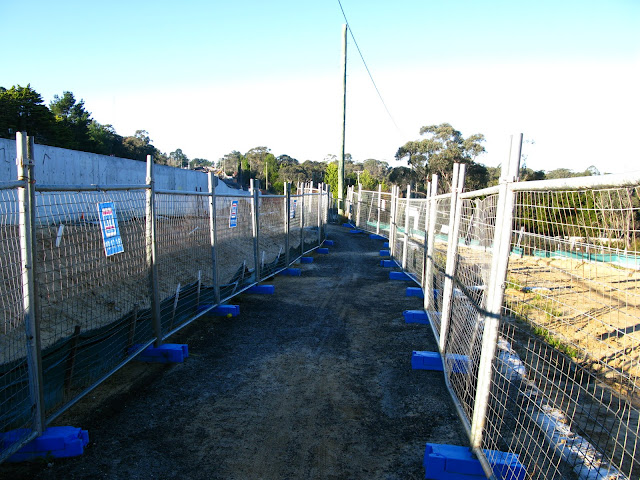 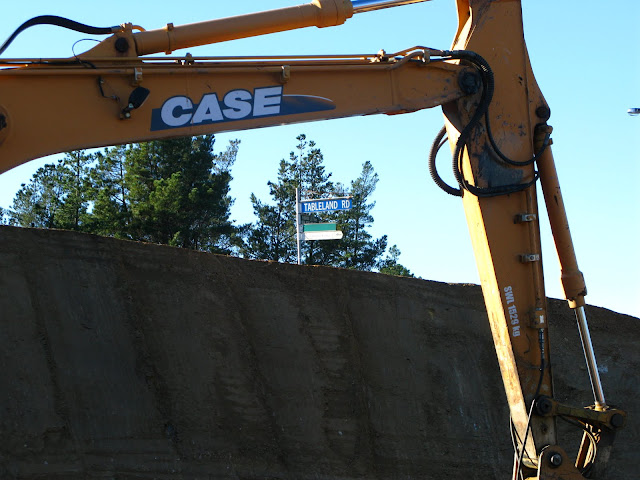 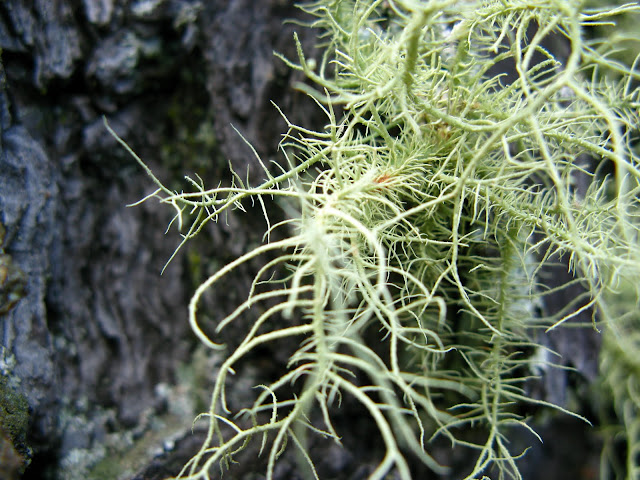 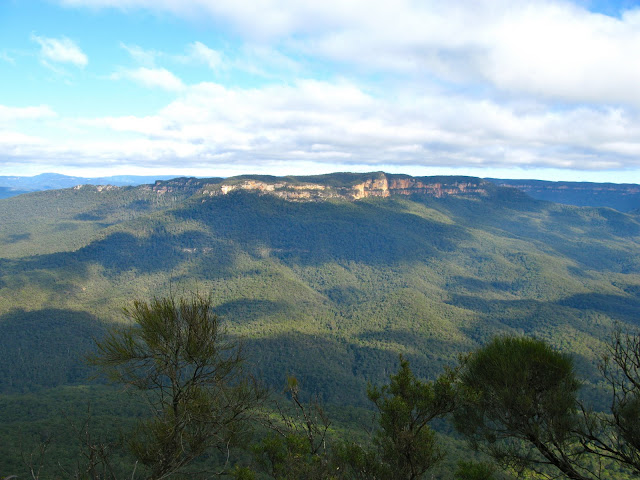 We caught a glimpse or two of Mt Solitary along the way and reminisced about the last time we had bumped into each other doing the same walk after starting from opposite ends. 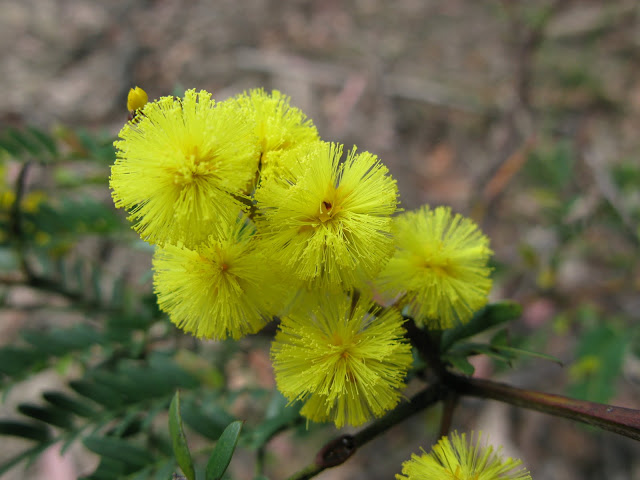 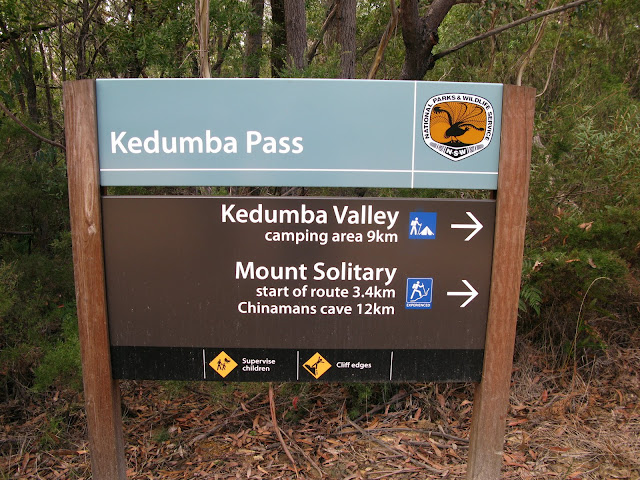 We were both impressed with the new signs along the walk and hoped they don't end up with graffiti scrawled all over them. I prefer not to have any signs personally but find in this particular area they provide a potential blanket of safety for walkers from all over the world. I was particularly impressed with the work done around the bottom of the scenic railway which provides access for the less mobile. 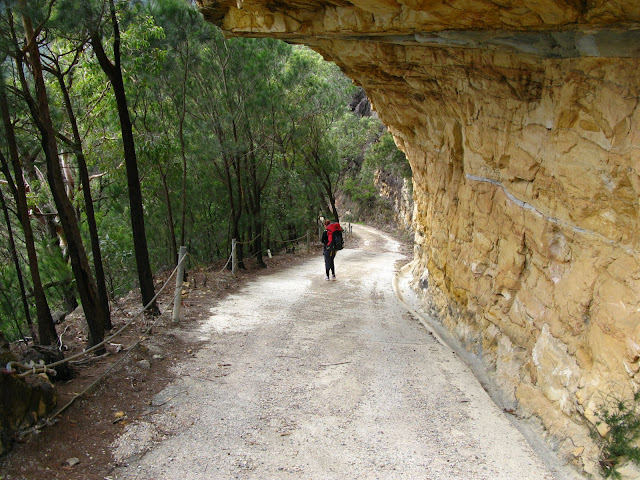 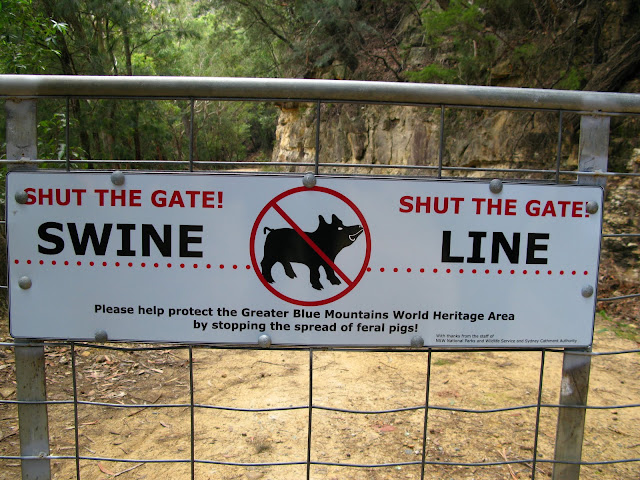 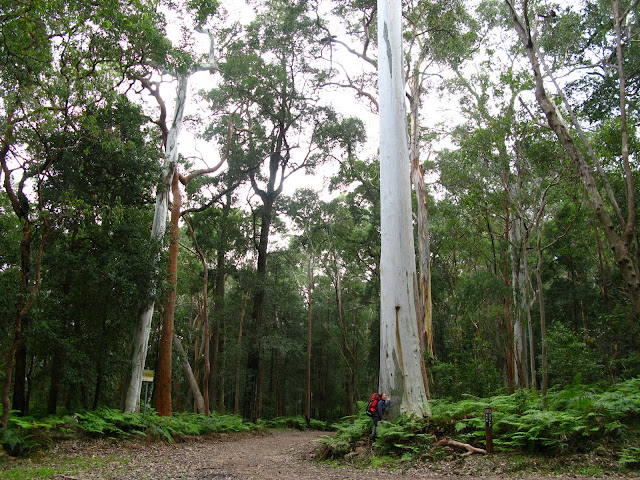 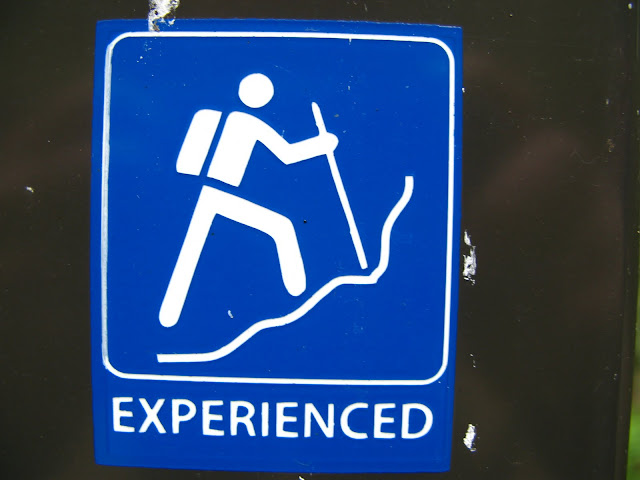 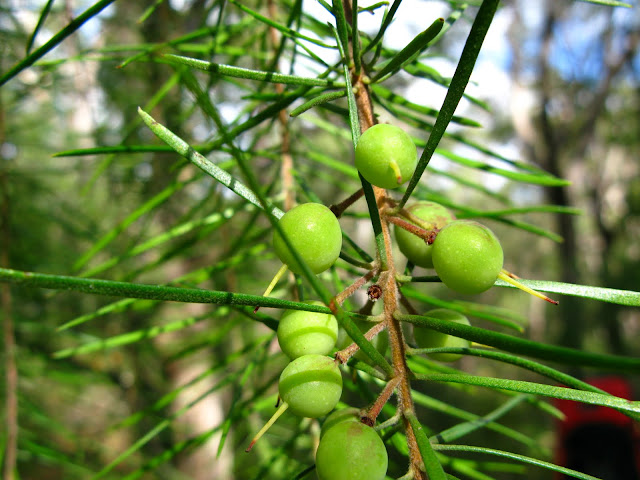 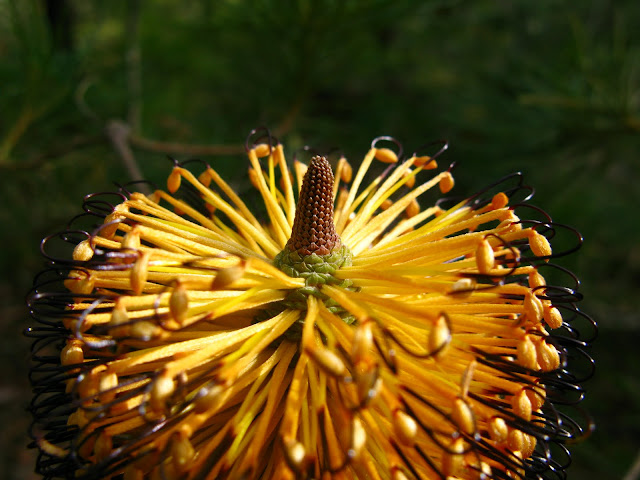 We reached the Kedumba river and had lunch before the afternoon climb up to the plateau. 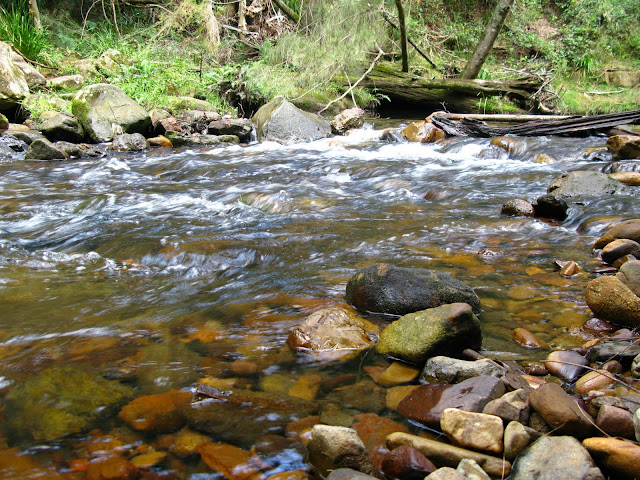 On the ascent the peace and quiet was interrupted by the sound of a rescue chopper back at the river crossing. We watched as it hovered at the track junction and then continue towards us. It was quite low and followed the track, 50 foot off to the side. When it reached our position the winchman pointed to us and the chopper paused briefly. I gave him a clear thumbs up and they continued up the ridge.

It seemed to hover for the next few minutes and then move away which had us wondering if they had dropped a paramedic to an injured person. Sure enough, as we climbed higher the chopper returned and nearly blew us to the ground as we stumbled upon an injured walker who was then to be airlifted out. We were moved up the ridge out of the rotor wash by the crew on the ground and got some shaky footage of the haul out. 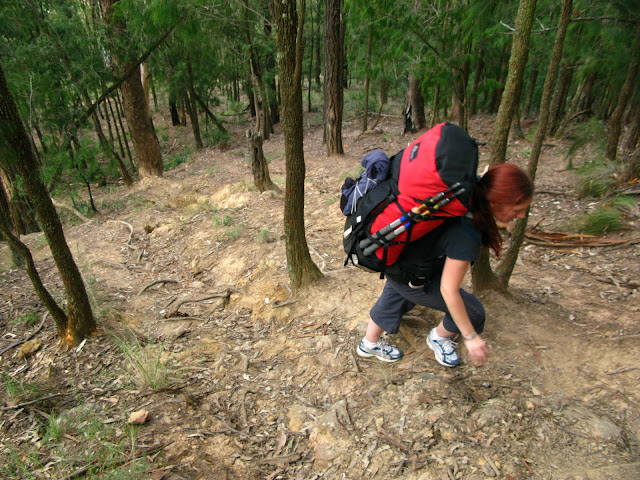 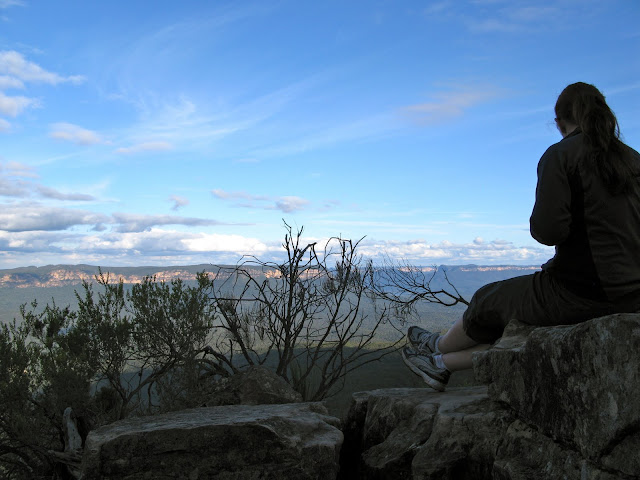 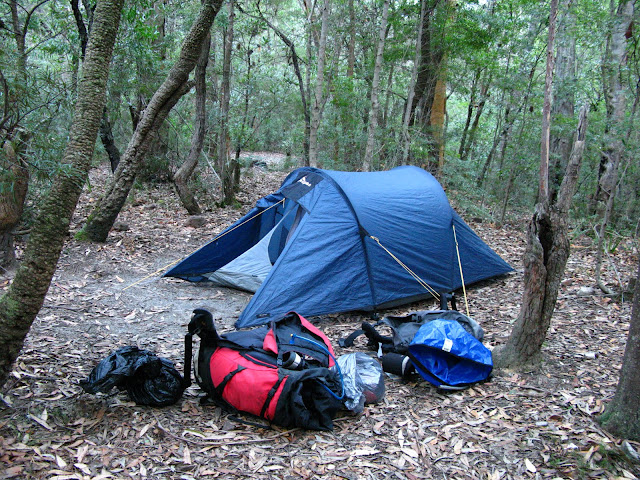 After making camp we had a lovely dinner followed by plum pudding and cream. 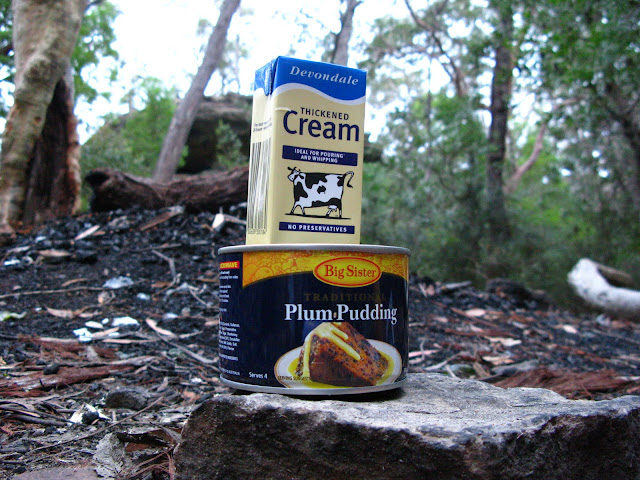 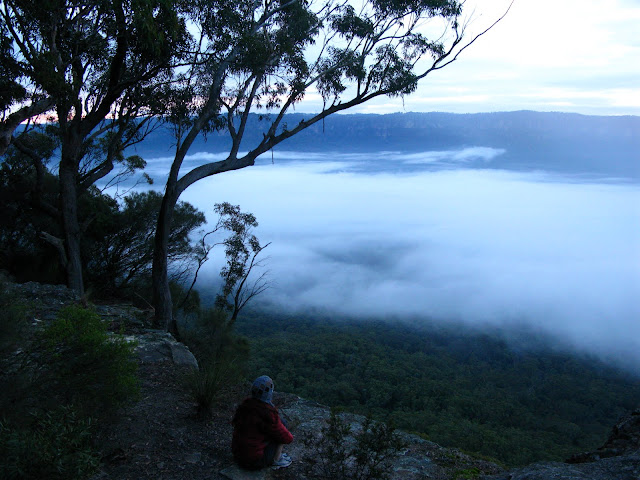 The morning sunrise was beautiful as usual with the mist in the valley rolling like ocean waves against the sides of the plateau. 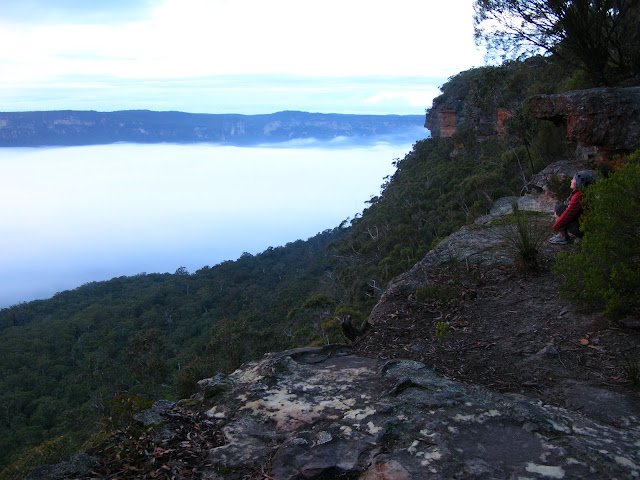 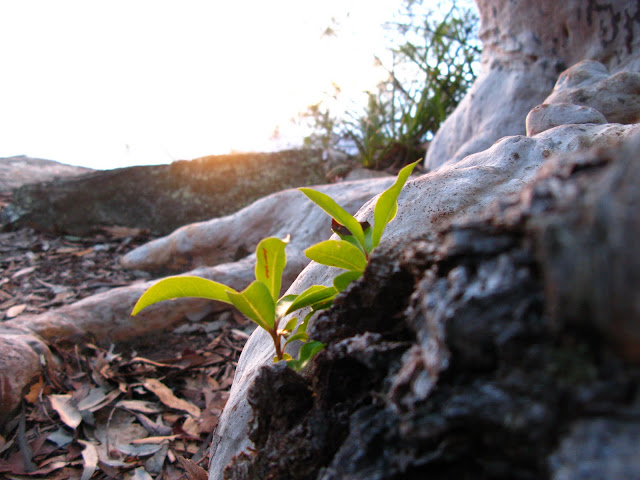 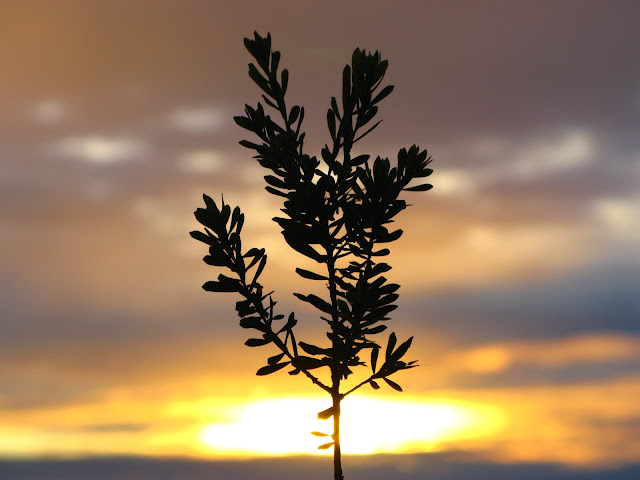 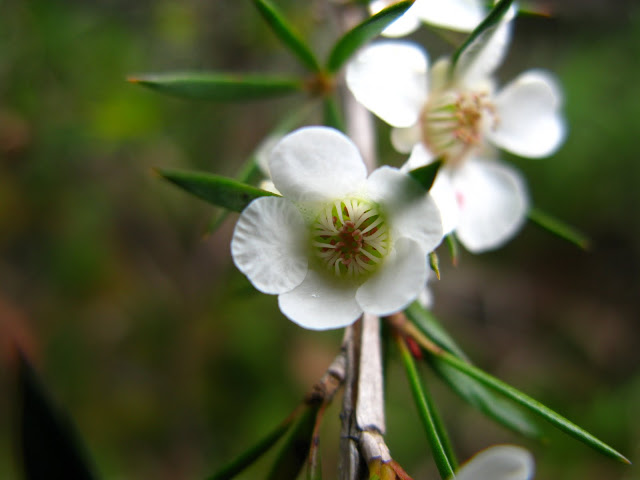 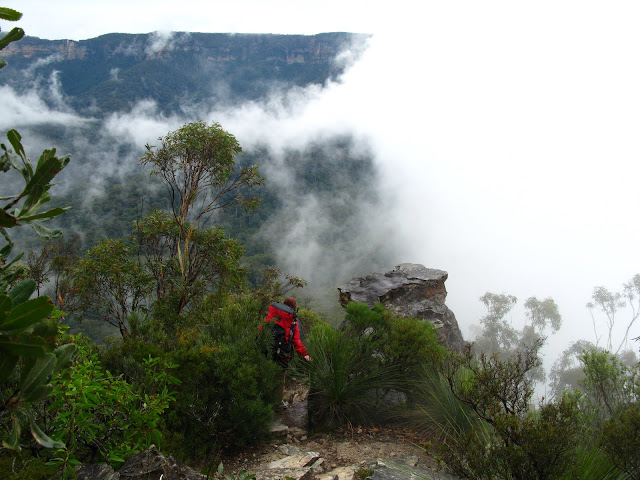 The rain came and went during the next day as we climbed back down the ridge and on to Katoomba. 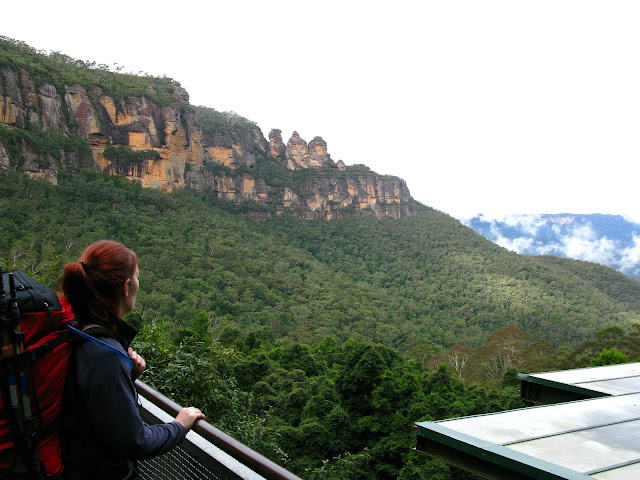 After wading through endless international tourists, we rode the scenic railway up and headed for the nearest bakery for lunch.
We managed an impressive rubbish haul along the way and carried out well over 5kg of junk which ranged from old tent pegs, poles, packaging and what looked to be half of an old computer.
Another great weekend away.
Posted by D at 9:44 PM