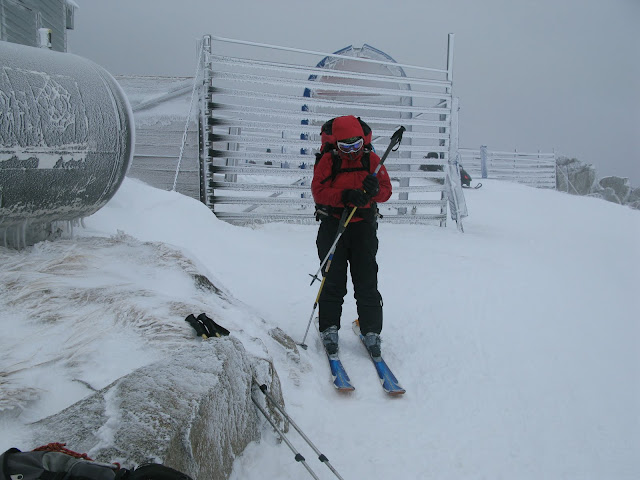 Well....after a short return home to wait for some better snow conditions, we repacked and headed back to Kosciusko hoping to get some more skiing and boarding done around Leatherbarrel creek.
The forecast for the first day was moderate wind, 5-10cm snow and fair visibility. The plan was to head out while the weather was average so we could wake up and ride in new snow and better visibility.

The weather for the following few days was supposed to improve marginally each day which it did, but unfortunately on the last day it improved a little too much. We woke to clear skies after a night of moderate wind which turned the whole range to a breakable ice crust with sections of solid ice that made riding a little tricky.

Dana was still carrying a knee injury from the previous weeks fall and once again managed some difficult conditions on the return journey.

The first day saw low vis and wet snow followed by some good drier flakes in the afternoon. The resorts recorded around 5cm but we were convinced a lot more had fallen on the range and seemed to be backed up by other reports from those that were out and about.

On the last day we decided not to head for Leatherbarrel Creek due to the conditions. All the South East slopes were encased in a crust of ice and the lee slopes were only marginally better. It would take all day before they softened if at all. As we headed up to Rawson Gap I couldn't resist the SE ridge of Mt Kosciusko. A short sharp run that ended in some minor bruising and scratches. The temps were warm and I accidentally left my jacket at the bottom. I knew the turns would need to stick but nearing the lower slope, I lost an edge and slid 40-50m before regaining some control. Damage was done. 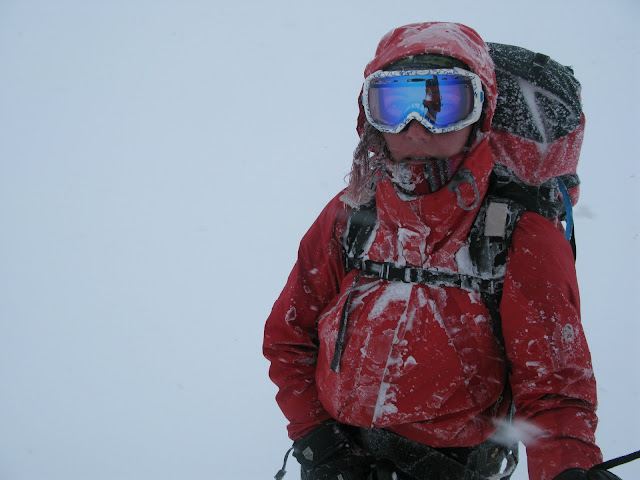 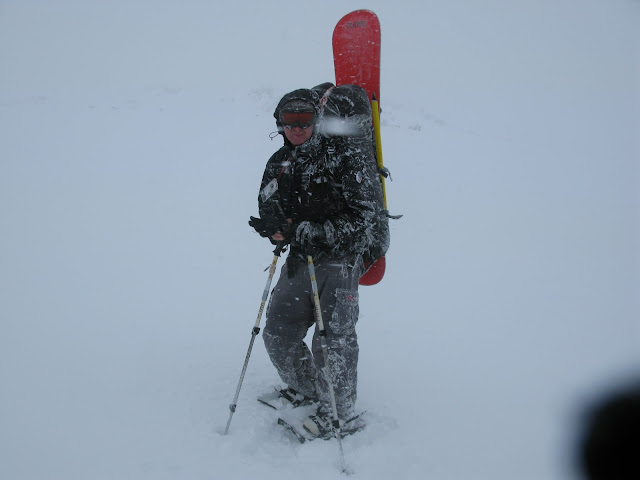 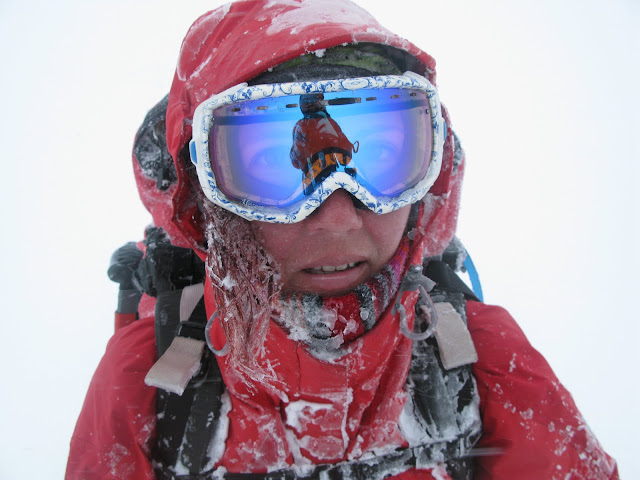 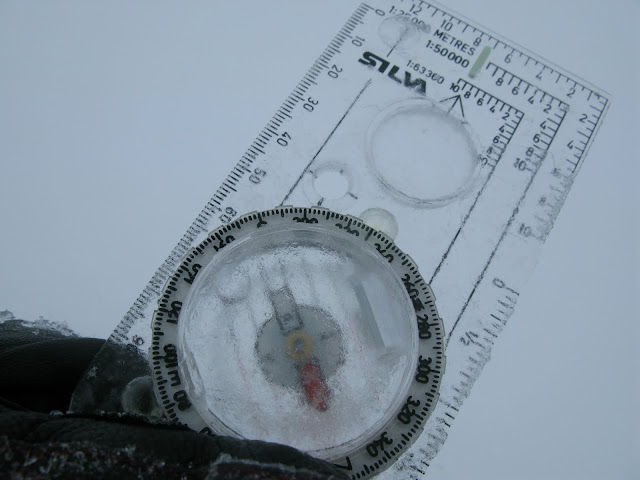 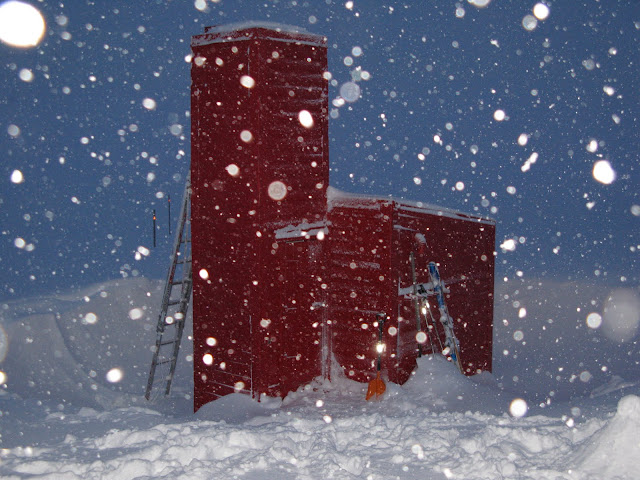 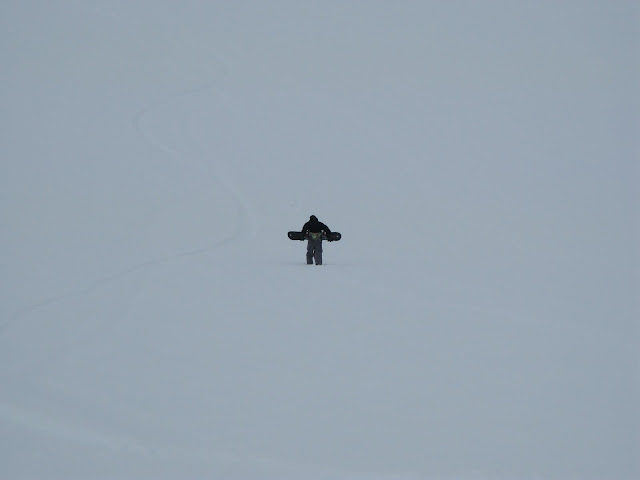 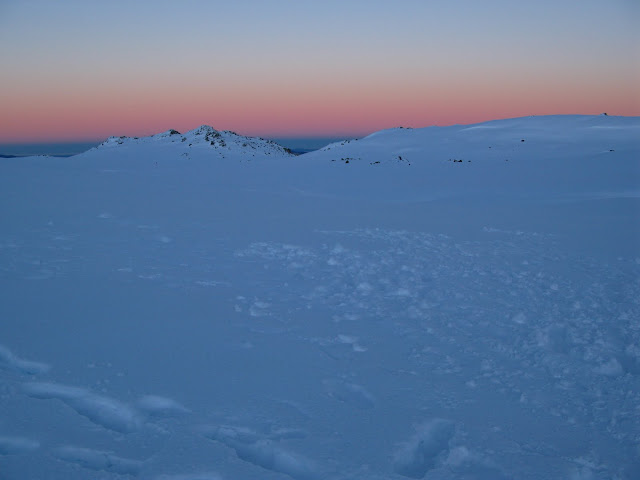 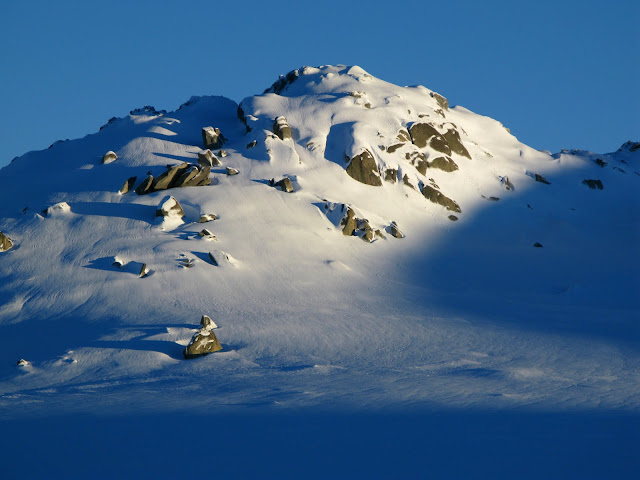 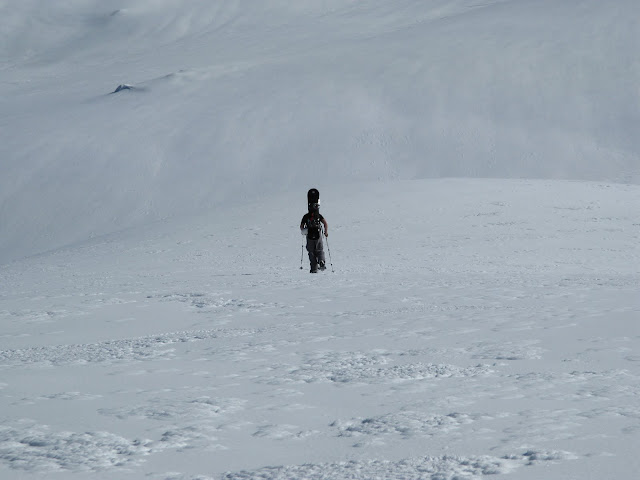 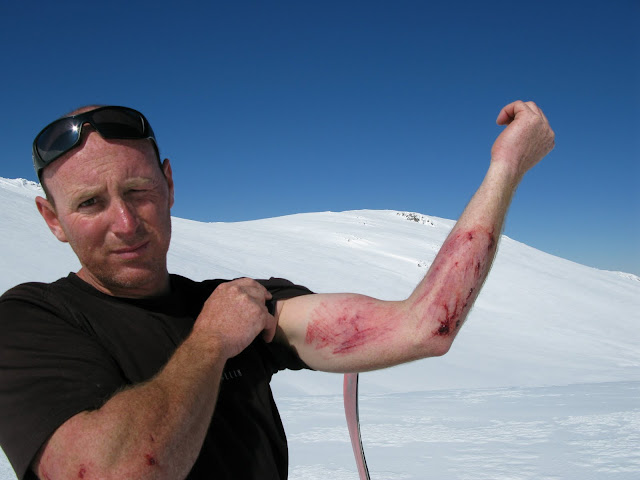 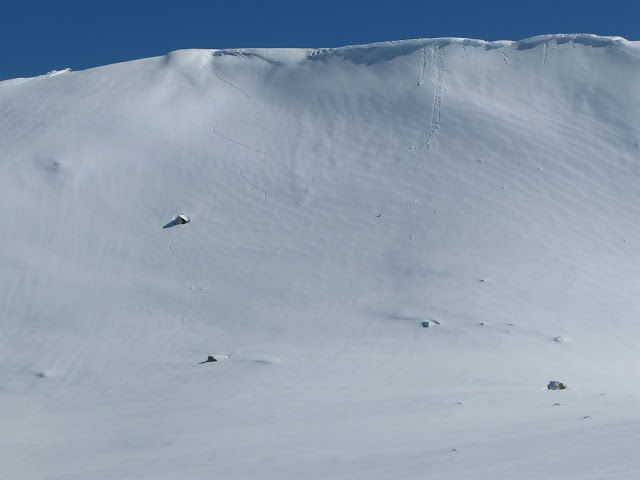 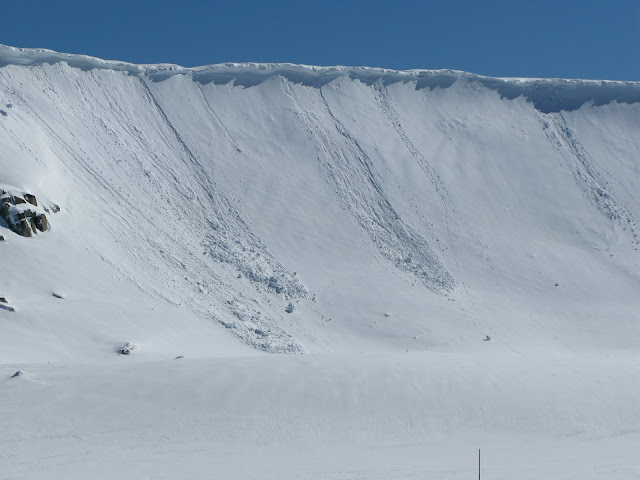