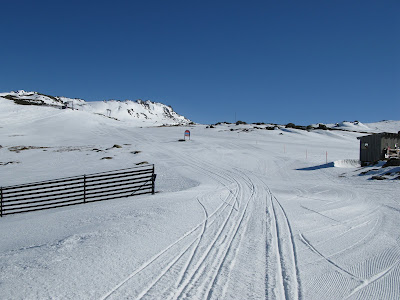 The Main Range of Kosciusko National Park has been quite icy over the last month with several melt freeze events and some fairly wind scoured surfaces. I was a little pessimistic about heading down on Friday night after getting the low down during the week but after pulling the plug on the last trip, decided to make the most of it.

Pat was quietly confident about the wind and surface conditions so off we went with a range of kites to suit all conditions. After leaving Thredbo in very mild and sunny conditions, we were both happy to find no ice and a rapidly softening cover!

A short video.
Untitled from Dibble on Vimeo. 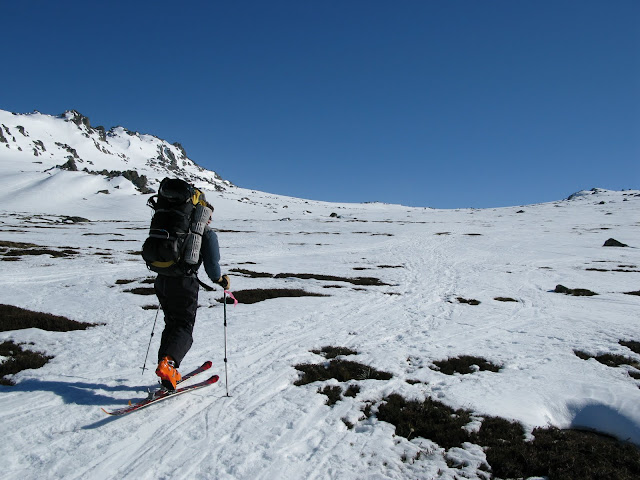 The wind seemed consistent as we headed out through Cocks Harbour so Pat put up one of his kites to get a feel for the conditions. I was hesitant to put my 8 up so started out on a small 4.5m as Pat did a gear run up to Seamans. Talk about service! My pack was shipped off so I could concentrate on kiting for the day. 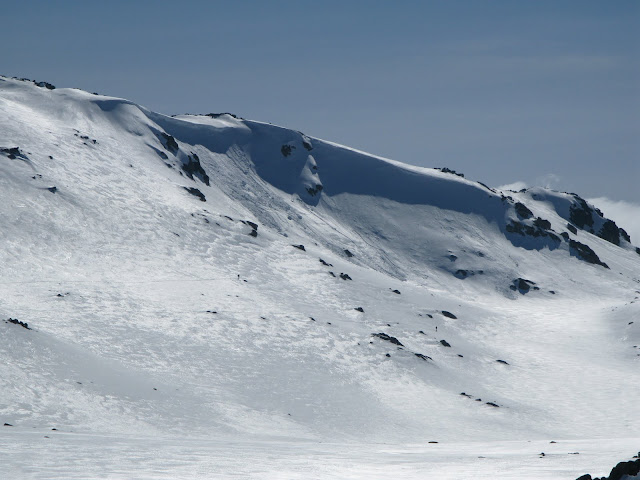 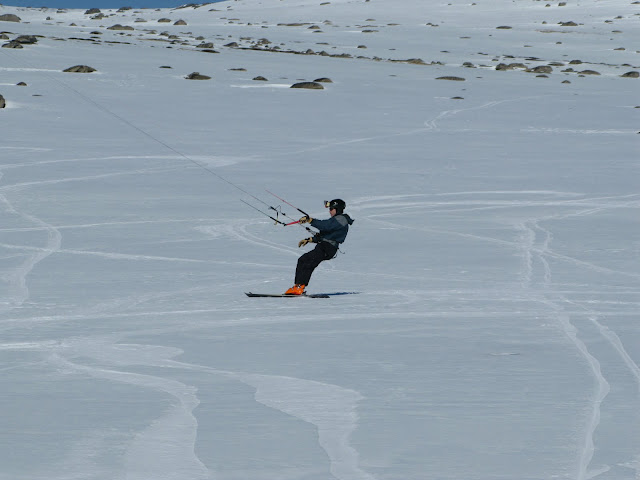 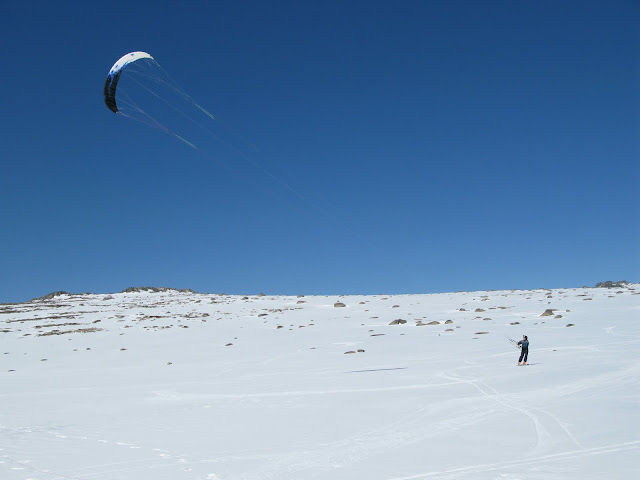 It took about ten minutes to get the hang of the little kite as everything happens much quicker than when using my old 8. I spent the next few hours cranking around having an absolute blast. I couldn't believe the speeds you can reach with such a small kite!
I found myself trying to hit faster and faster speeds hanging back in the harness until I was out of energy. Mildly sunburnt, hungry and starting to dehydrate I headed up to the hut at 2.30pm for lunch. 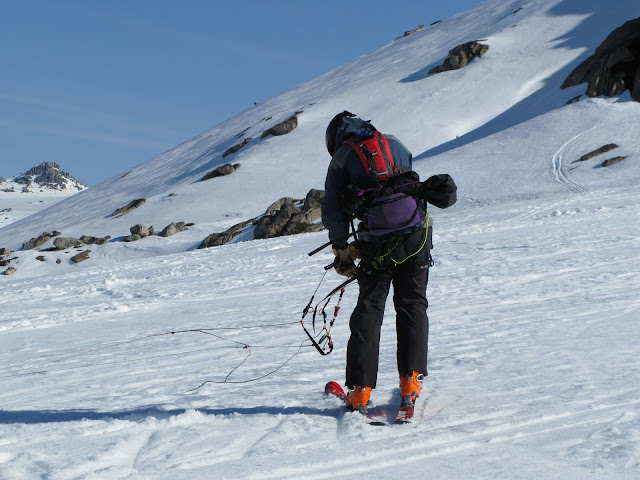 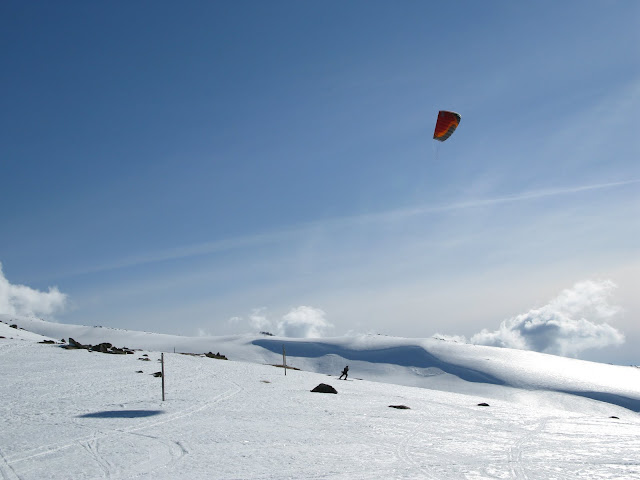 Pat had been all the way out to Leatherbarrel creek, Carruthers, Twynam and everything in between! It never ceases to amaze me just how far kites can take an experienced kiter.
After lunch I headed back down to Cocks harbour and spent the last hour or two lapping up and back along the pole line while Pat, now using the 11m, took off again to explore the range.

I caught a glimpse of a kite at Kosci lookout so headed up only to see the kite disappear back to Thredbo. It was getting late and after a big day, I headed back just in time for Pat to arrive in style right on sunset. 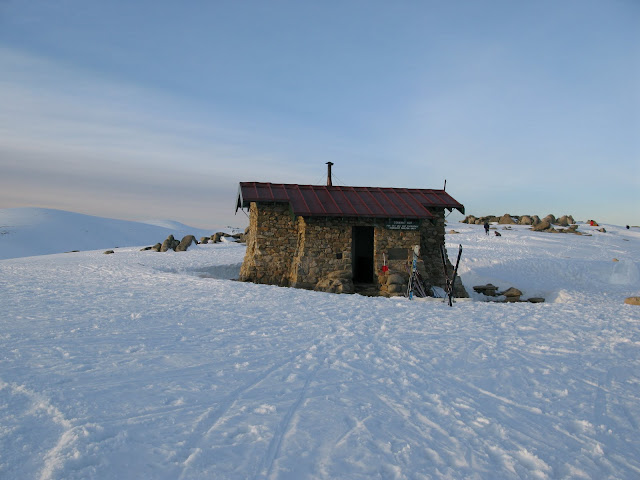 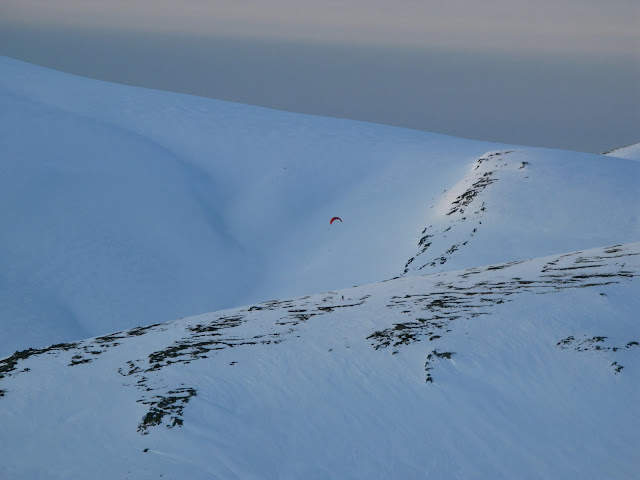 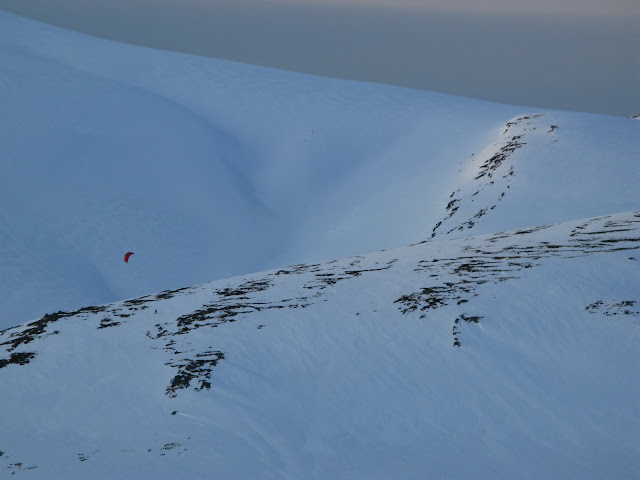 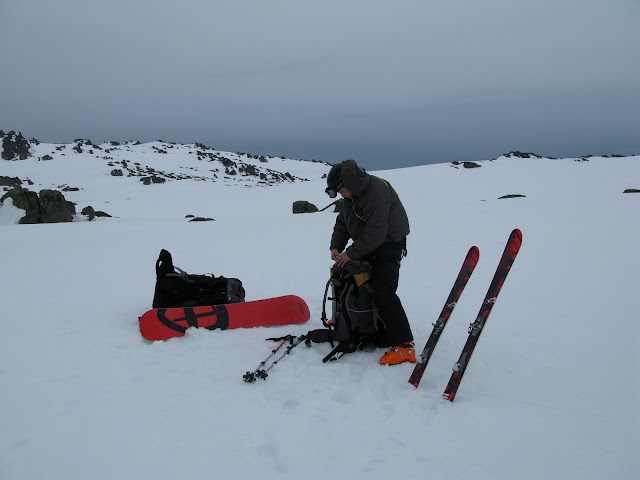 During the night the wind picked up to over 30knts and unfortunately for one group who were snow caving for the first time, woke to find the their new tent which had been pitched just outside, gone! Warm temps melted the pegs loose and off it went during the night.

Winds were strong and gusty the next day, and with rain just starting to fall, Pat towed me back to Thredbo with the small kite. The snow was heavy and slow which helped on the way down the Supertrail, and with showers sweeping up the valley it was a good time to be leaving. 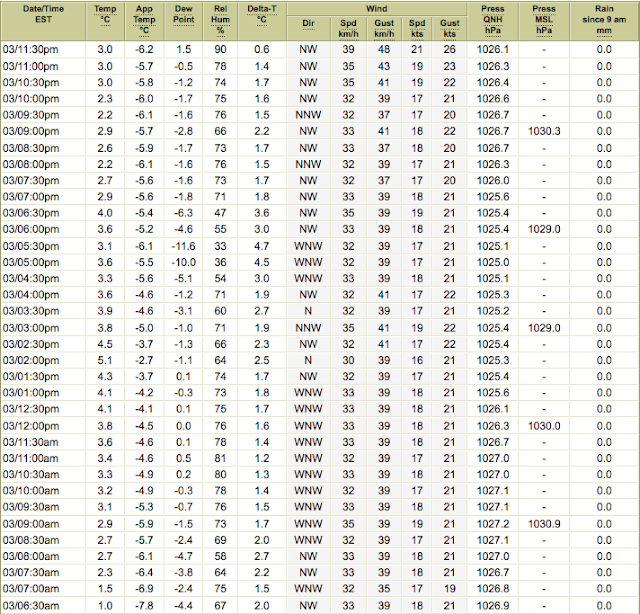