KITING ON THE ROLLING GROUNDS 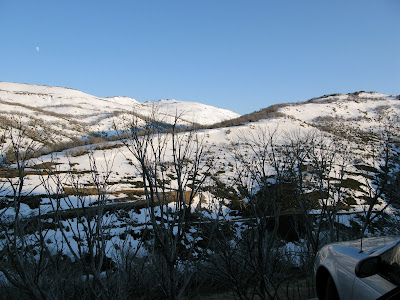 It seems as though spring forgot to arrive and summer has barged its way in the door! Warm sunny days and balmy nights without the sub zero temps to slow the inevitable melt of the snowpack. With this in mind Pat was keen to get as far from our start point of Guthega resort as the wind allowed.
Mt Jagungal would be the ultimate prize if conditions permitted, but I was wondering if I'd make Whites River Hut as my usual mode of transport was switched to a set of tele skis. Twenty something years on a snowboard does funny things to one's sense of balance. We had an early start and made good time up towards Guthega trig but resorted to boot packing a few short sections.
A short video.
Untitled from Dibble on Vimeo. 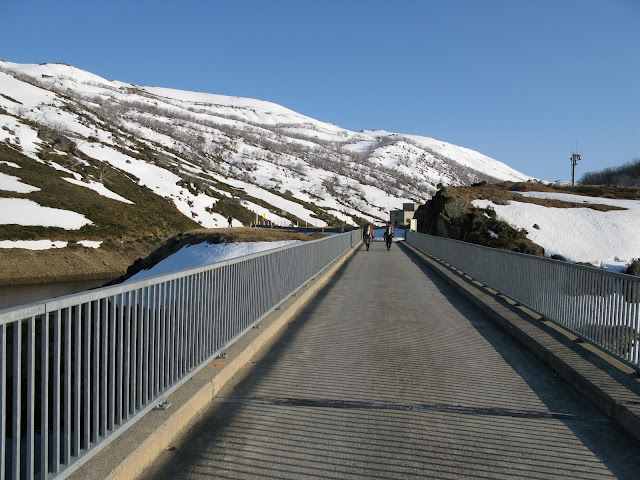 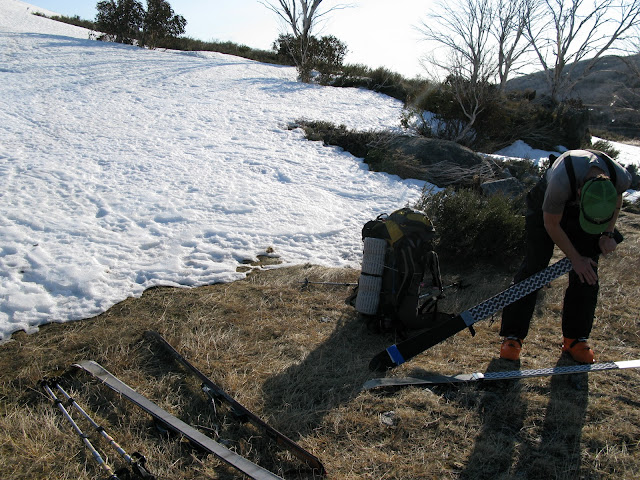 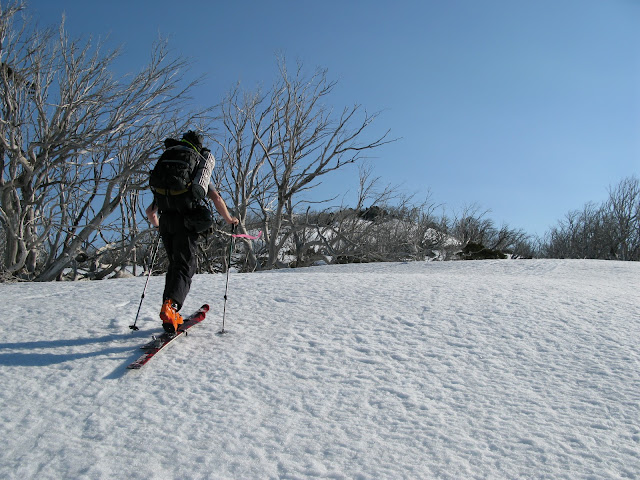 The conditions were marginal and the wind was a little gusty at times so we headed for Windy creek which was not so windy. We put up small kites and while I struggled my way up to Consett Stephen Pass, Pat's thirst for technical and interesting terrain took him along Tate West Ridge.
A while later we decided to head for the Whites river corridor so after a skin back on to the Rolling ground it was time for a bit of tow action. Using a small strop, Pat towed me for a few kilometres through some dicey terrain at full speed.
I have to say, carrying a pack on skis, dodging rocks and trying to be a good pillion passenger kept us both busy. 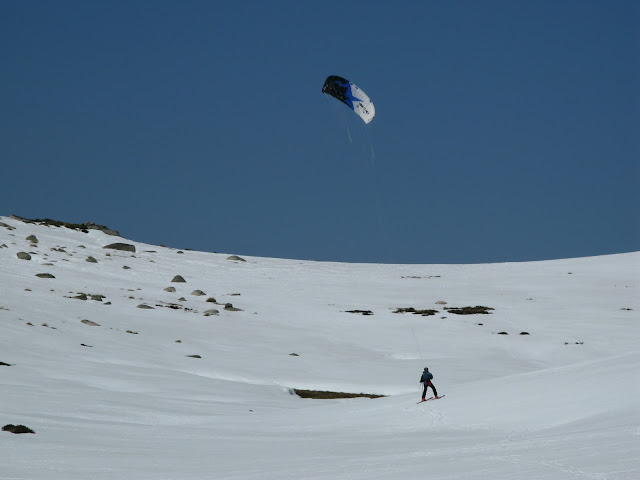 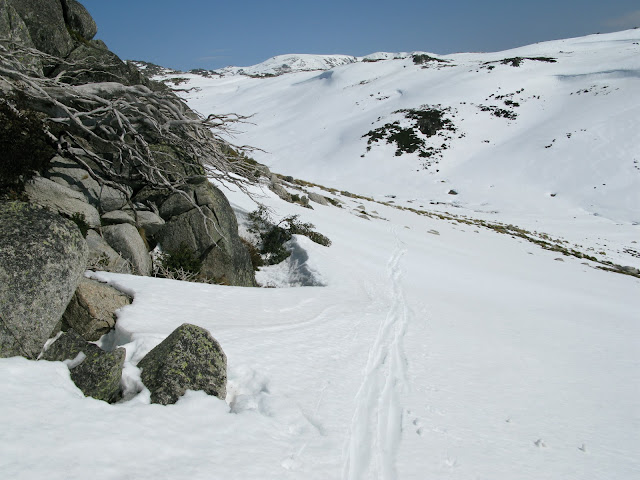 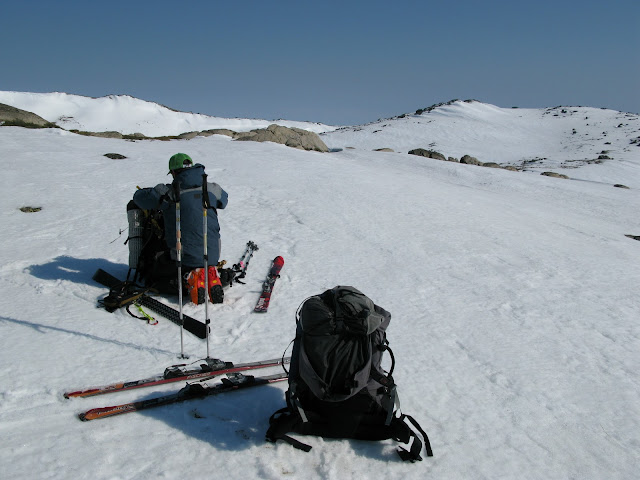 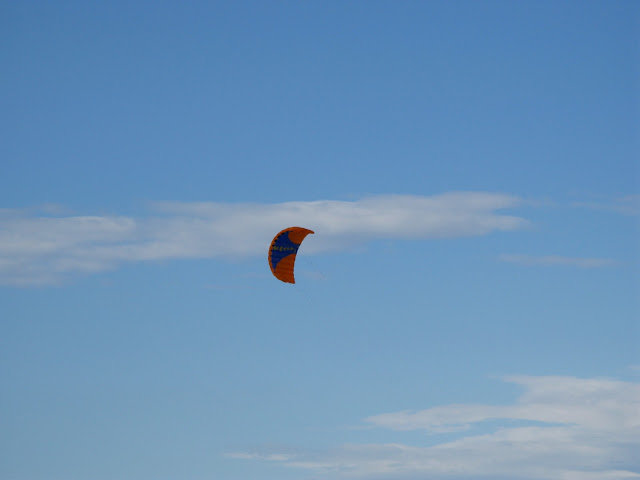 We arrived at what is now known as Sabine's Harbour, which was a good spot to get some more time on the small kite in decent wind. I put quite a few laps in trying to concentrate on good technique not only with the kite but the tele gear. It had been a long day so after the last session we headed for Whites River for some R&R. 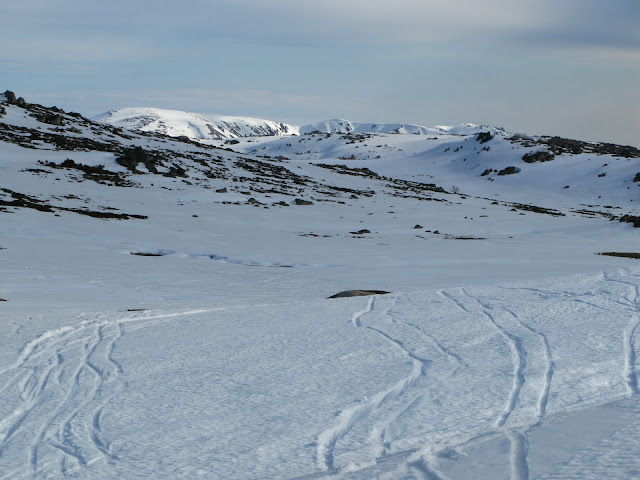 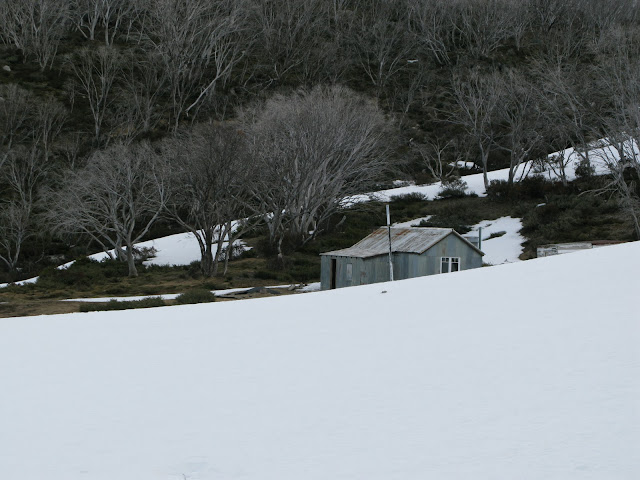 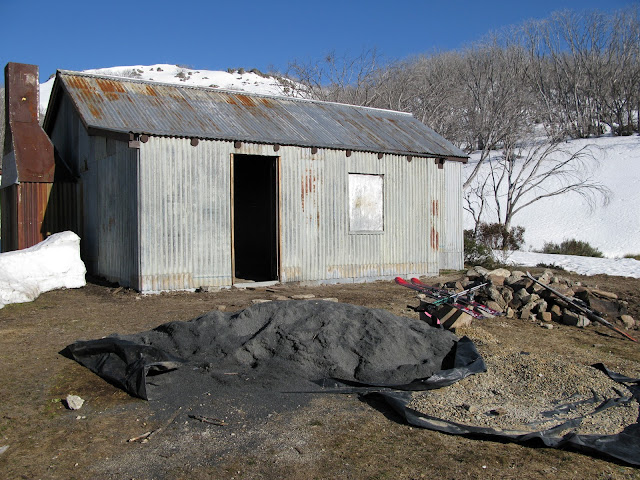 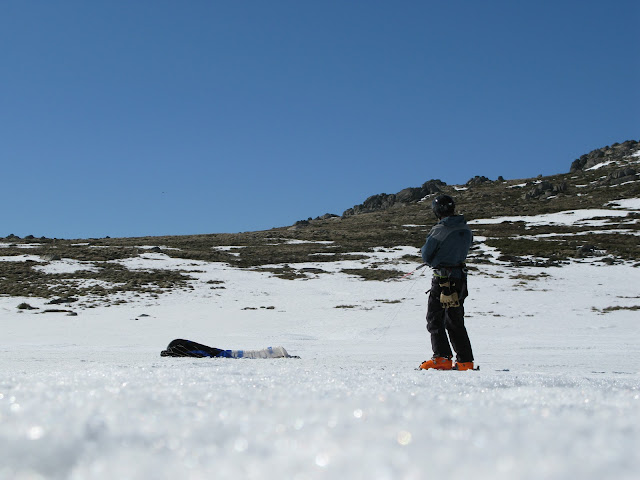 The next day after a warm up climb back to Sabine's Harbour, we launched small kites again only to find the wind slowly dropping. Pat did the usual pack run to higher ground with some impressive kite work through some difficult terrain thanks to a rapidly melting snow pack. 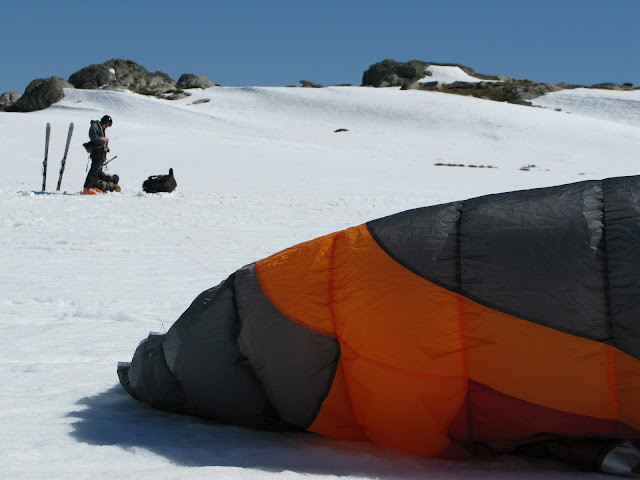 I finally launched my 8m and kited around a small area for 20 minutes or so and when I looked off into the distance, saw Pat's kite 3-4 kilometres away! The wind was getting light so when he arrived back we headed for Guthega. With a bit of guidance, I managed to get through some of the most difficult terrain so far. I dropped the kite a few times and found some of the skiing quite challenging but absolutely loved it. Pat made it back under wind power but I lost all hope of relaunching after a frustrating 40 minutes and skinned the last 5 k's back to the car. 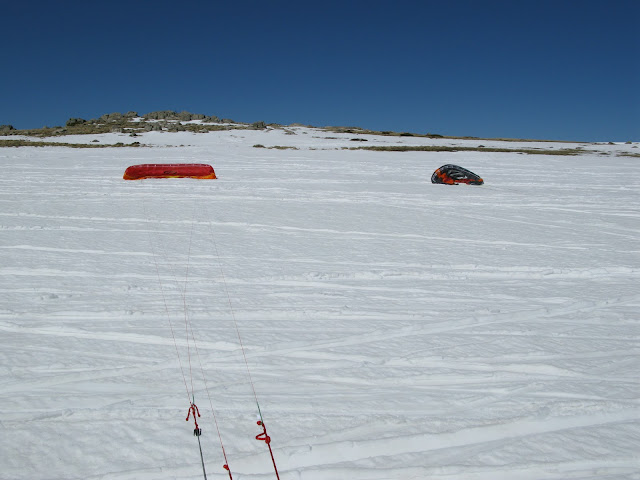 The weekend was challenging due to the snow conditions but I am definitely looking forward to next season and the potential for some big distances. Stoked!

The wind data for both days. 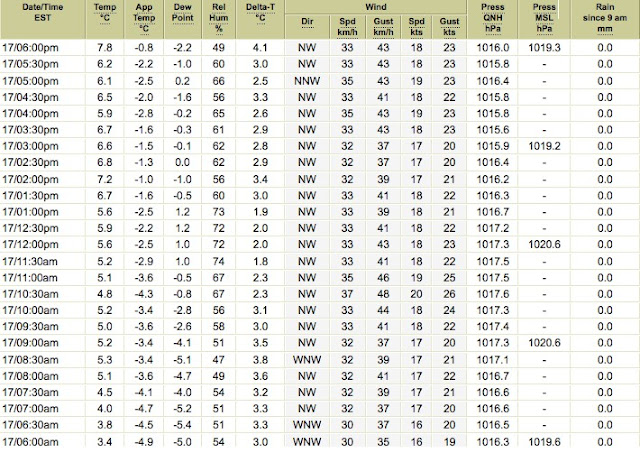 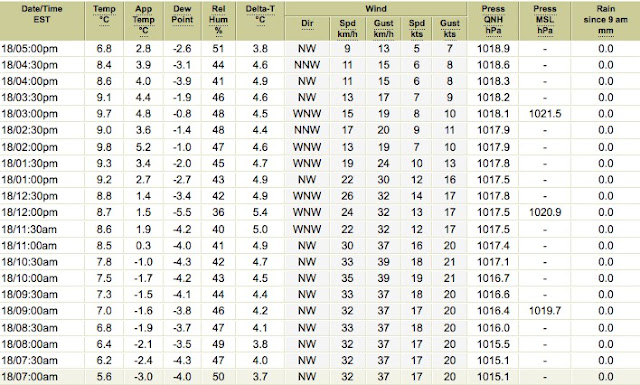