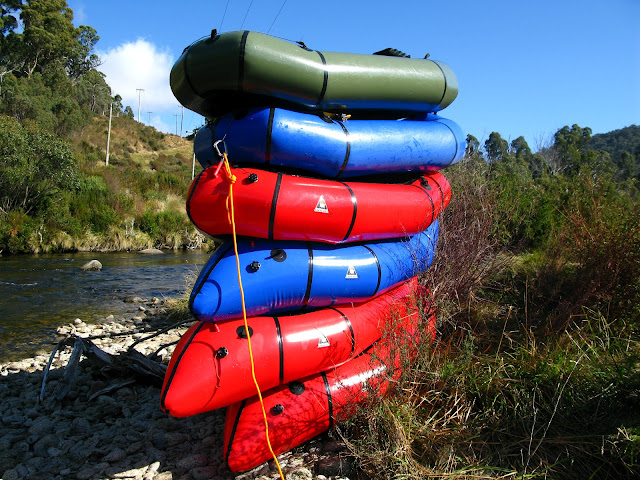 There comes a time in most outdoor pursuits where a knowledge plateau is reached, and without surrounding oneself with more experienced folk, then the skill level will stall. Some people are happy just motoring along at a given level and are quite content with the tools they have. Others are drawn to the flame and occasionally get a little too close without the required protection.

I'm certainly guilty of the latter on occasion, and there becomes a point where experience doing the same things over and over doesn't necessarily save you from yourself. What you don't know can kill and common sense only gets you so far.

With this in mind, I headed back down to Kosciusko National Park with 12 other packrafters to do some Swift Water Rescue training. It was a very low key, casual weekend with a great group of people, some of whom I paddle with, but most I've never met. Our instruction came from an incredibly easy going but knowledgeable and experienced kayaker/packrafter who I'm sure, all in the group can't thank enough.

The weekend was a culmination of ideas from some of the older regulars on the packrafting forums who were instrumental in making it happen. It may have been one of the bigger gatherings of packrafters in Australia, and potentially the first of a more structured commercial style venture whereby packrafters can learn some more specific training based around general whitewater rescue techniques.

Lots of laughs were had along the way and new friendships were formed and I look forward to catching up with the crew for more of the same. 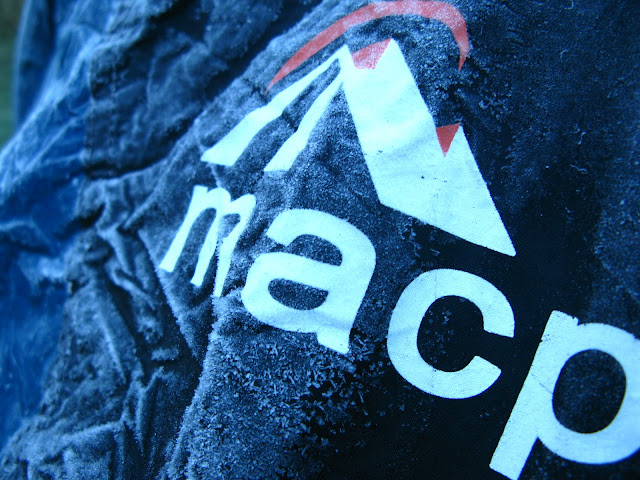 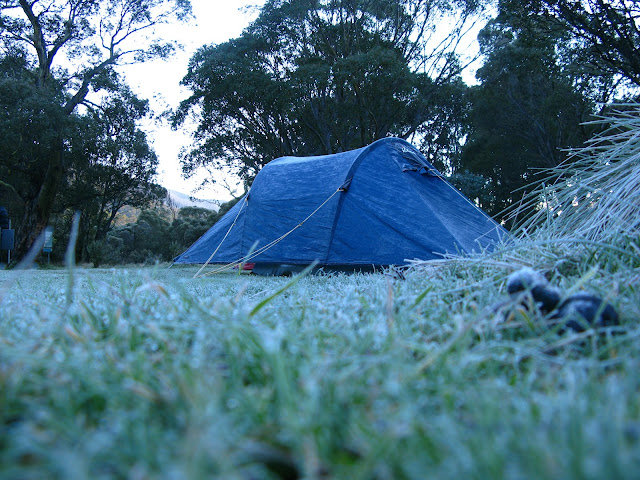 The first morning was crisp and a light frost had a few of us questioning our cold water staying power. For all my bravado in cold temps I was starting wonder how I would stack up to those in drysuits. In the end we all managed despite the fact the Main Range is under a blanket of snow. 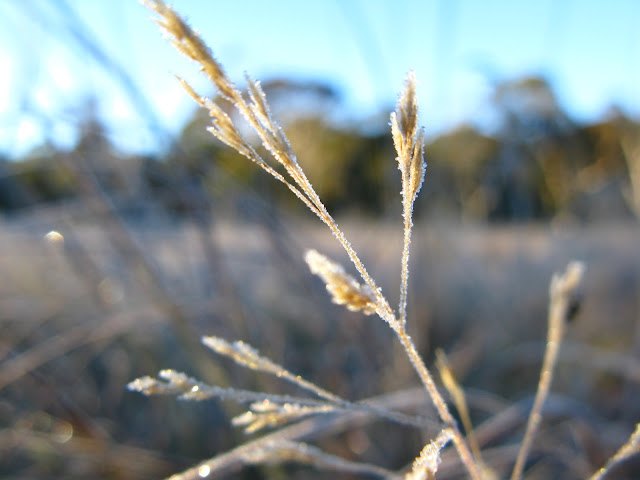 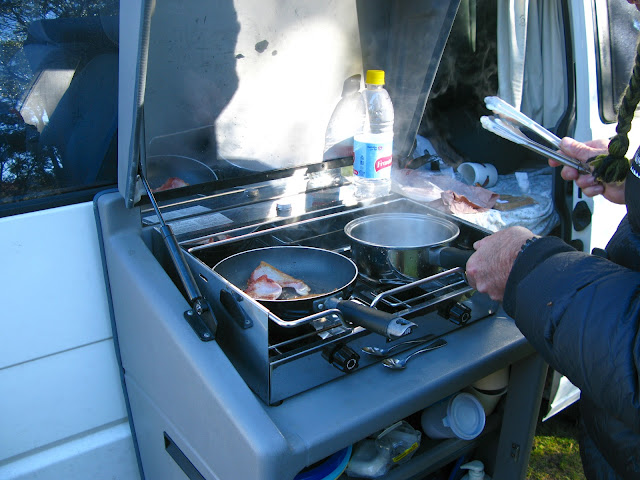 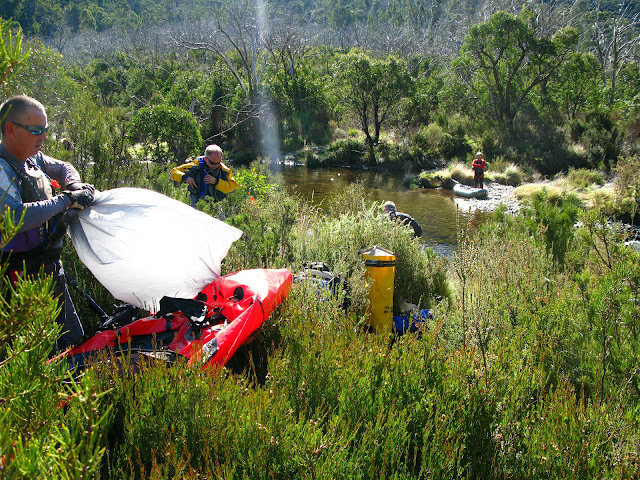 After some thought provoking theory and discussion on gear we moved to the river and paddled some low grade rapids  which immediately had a few of us thinking differently about our previous signalling techniques and the way we paddled as a group. 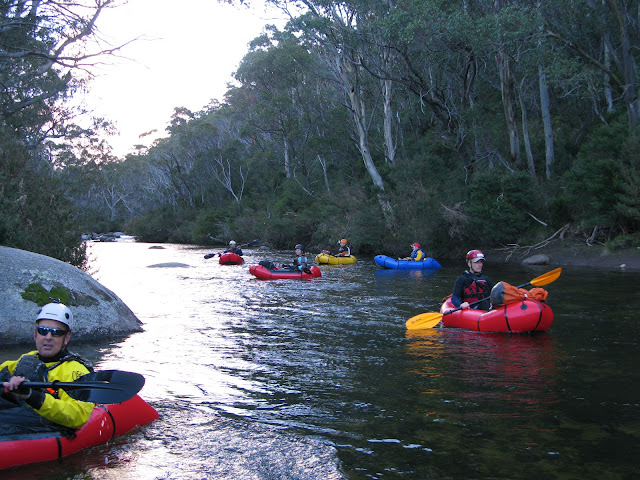 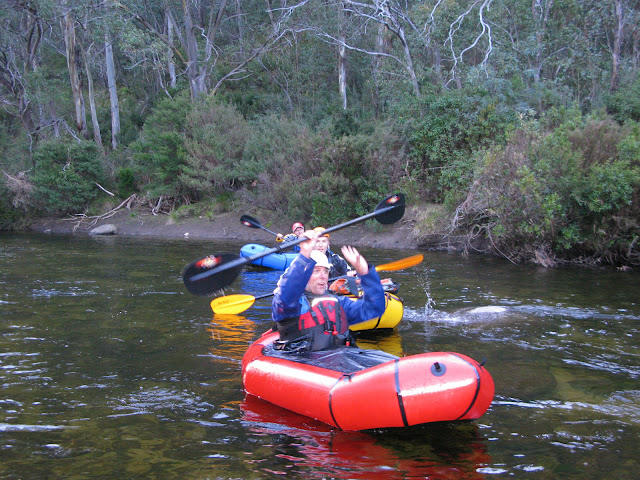 Micky B practicing his paddle spins. Mick kept me entertained with some hilarious stories around the fire and I look forward to hearing more in the future. Old school climbers are generally the funniest people I come across and it's a wonder some of them live to tell the tale. 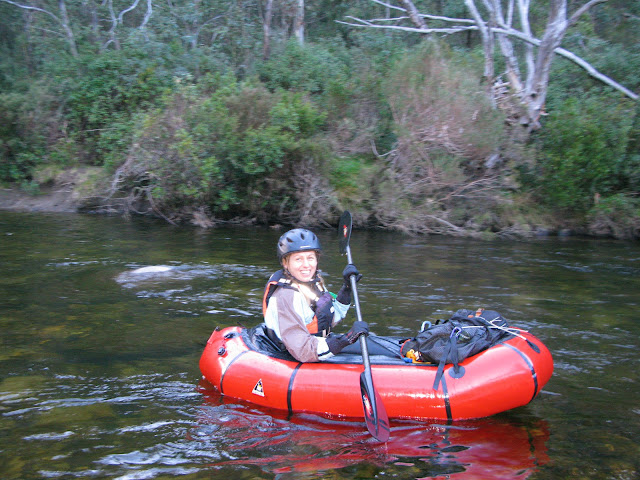 Sharon stoked to be on the water. She has some nice adventures in the bag and plenty in the pipeline with Duncan. 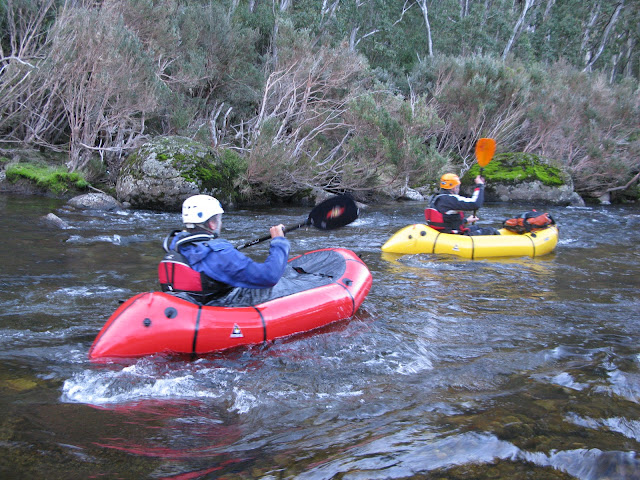 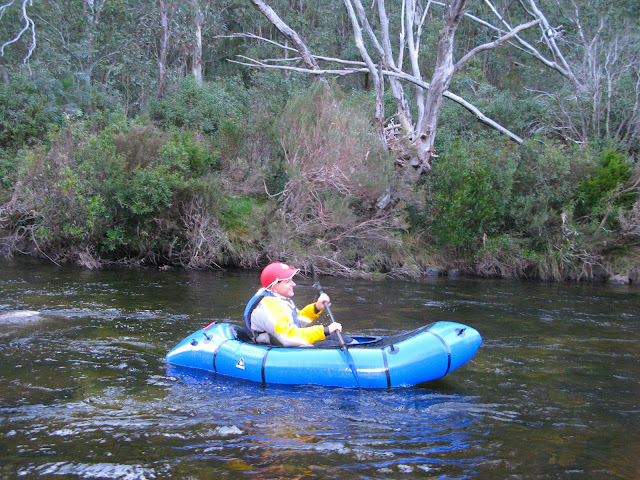 Dale was a great source of info on gear and we'll be matching twins soon with identical bits of kit. 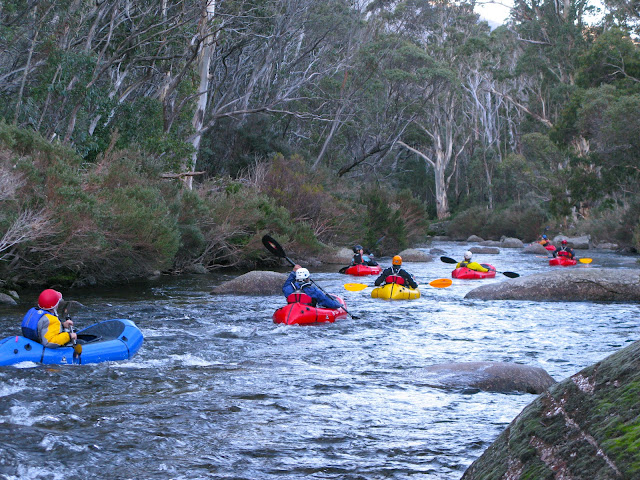 The groups were split in two and even so, still managed to create a unique look on the river. It was great to see so many packrafts in one place considering the sport is still in it's infancy in Australia. 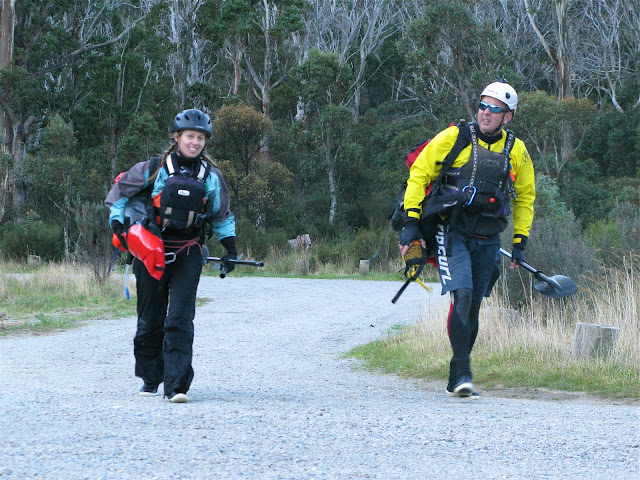 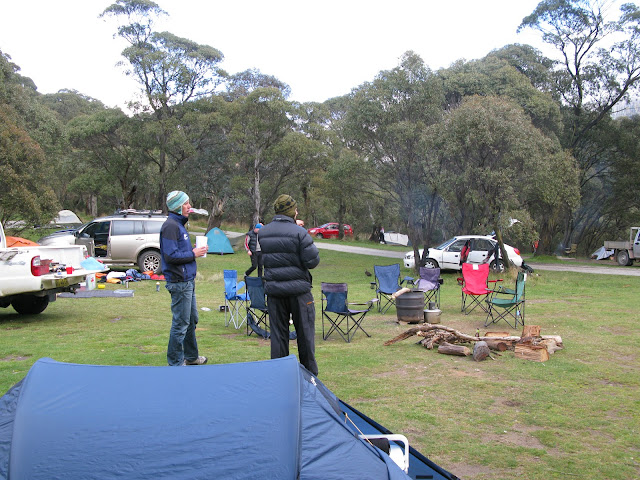 I have nothing but respect for Chris and the way he managed a large group of people with mixed skill and ability. Super cool guy who has gone out of his way to get involved in packrafting. Thumbs up mate. 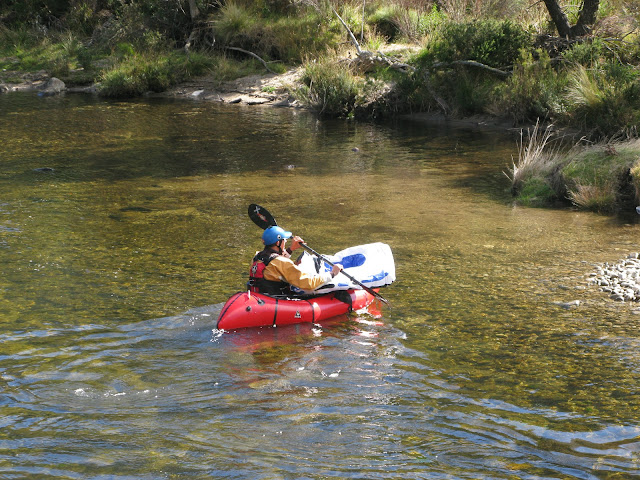 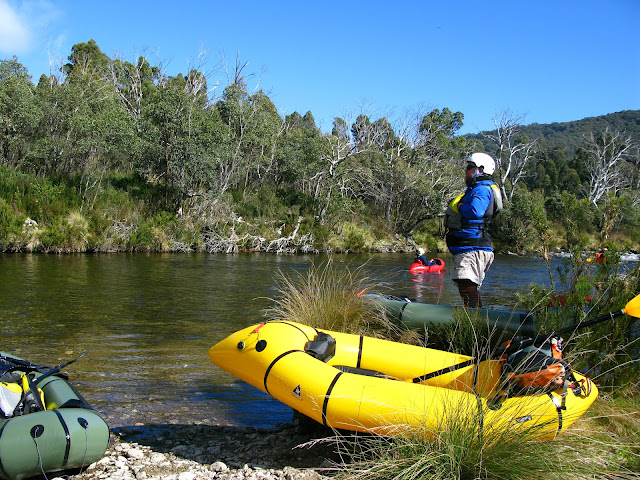 Steve was instrumental in getting the ball rolling and has paddled plenty over the years, so for this reason shall now be known as the Godfather. Lovely bloke with great sense of humor and well designed fire keg. 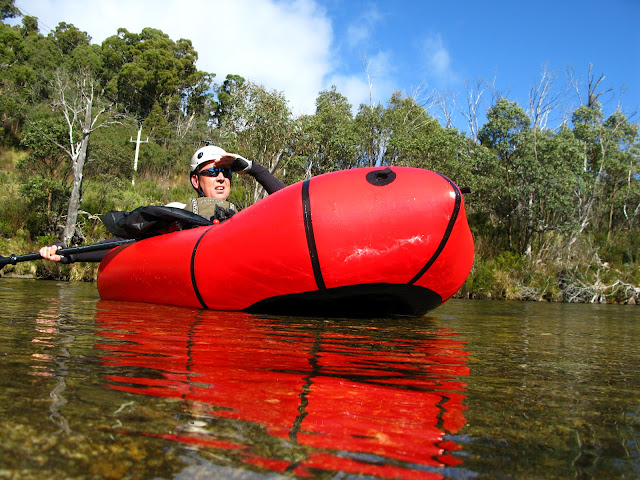 Craig and I ski together and now paddle together. He's like an old pair of slippers, and I know what he's thinking when the chips are down. The weather was perfect and we all thoroughly enjoyed the process of putting theory into practice, and it gave us food for thought in regards to how difficult things become when time is of the essence. 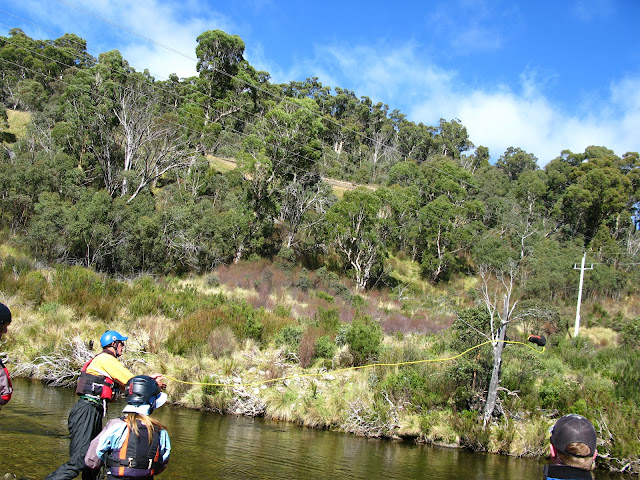 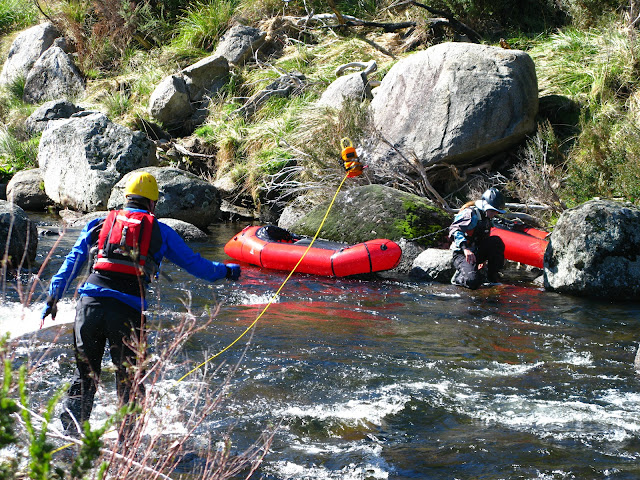 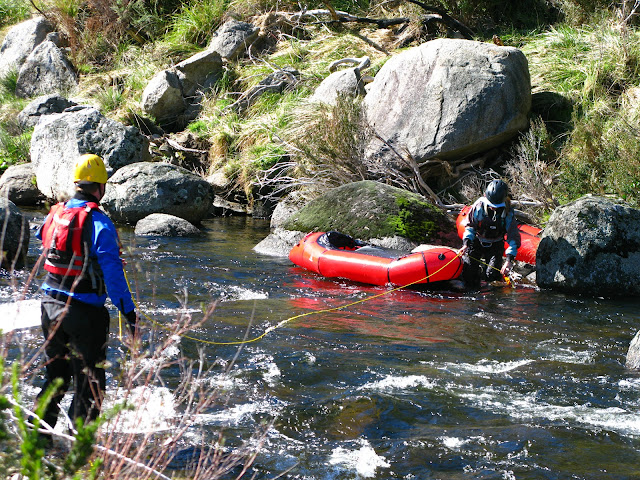 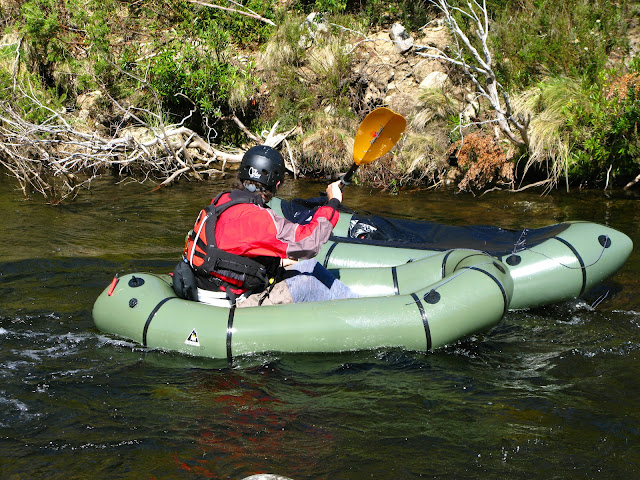 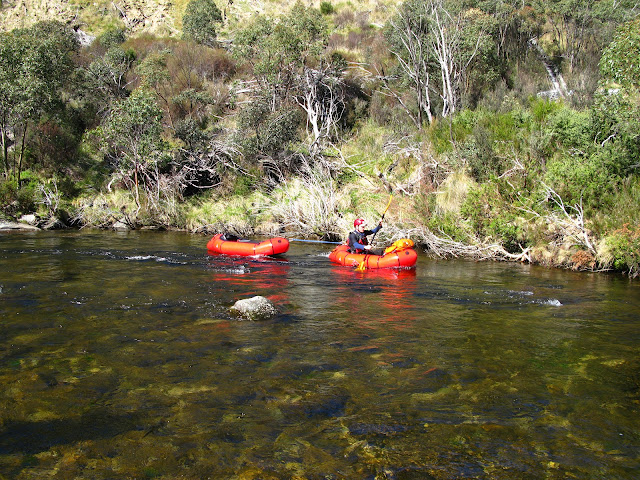 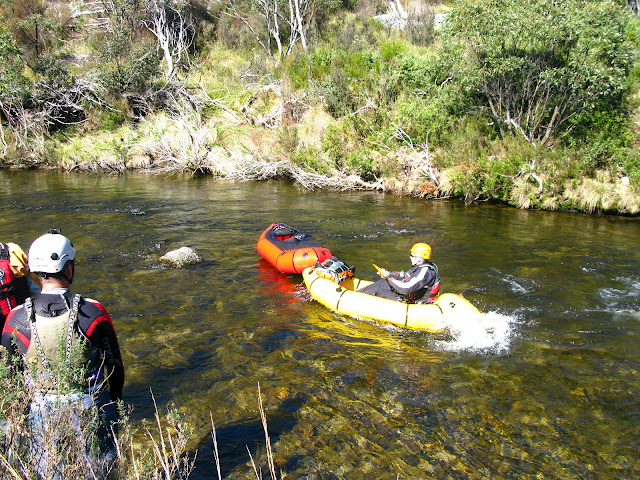 Mike brought rope skills to the table which helped immensely when rigging pulley systems, and was happy to pass on knowledge with a smile. 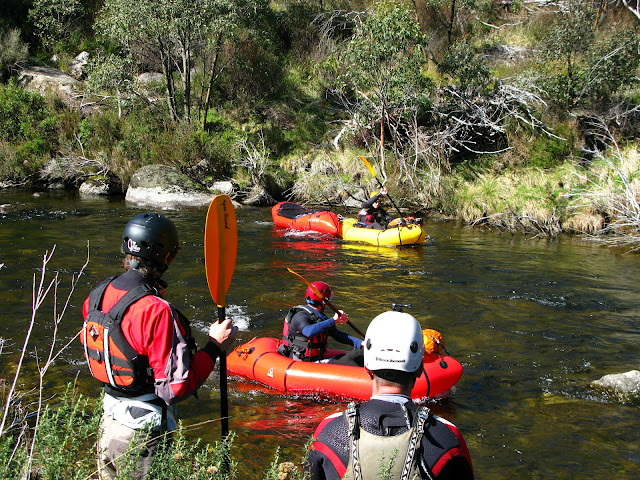 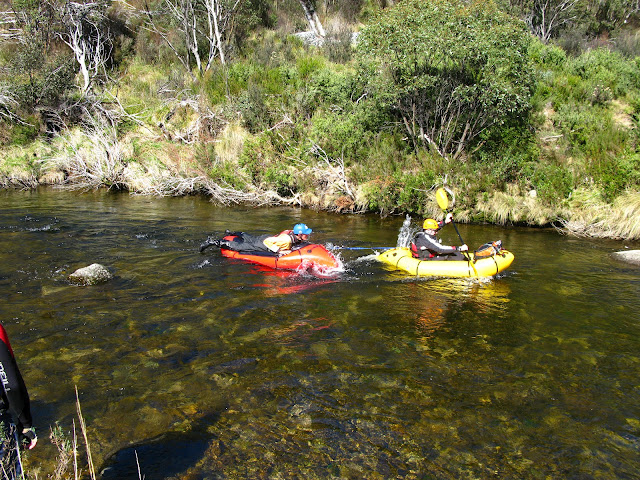 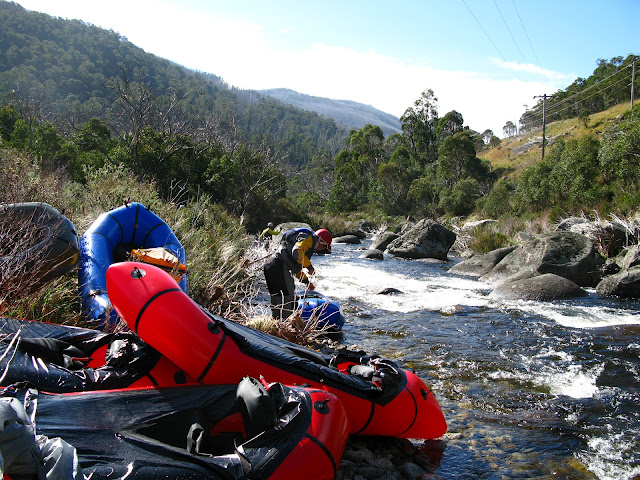 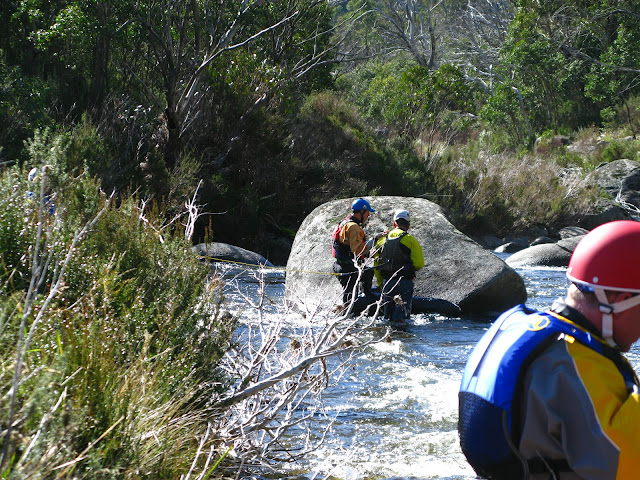 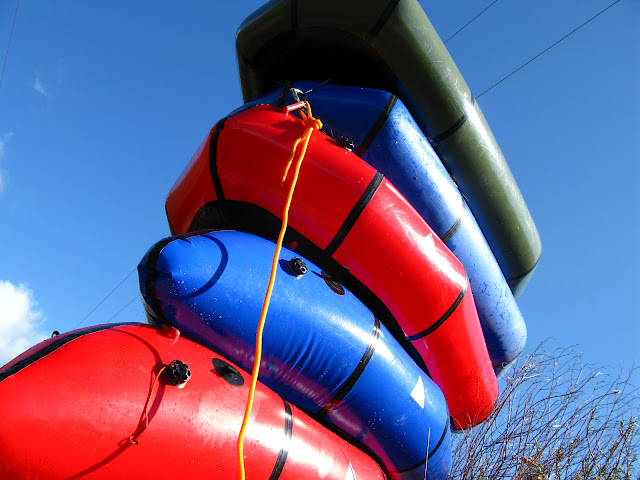 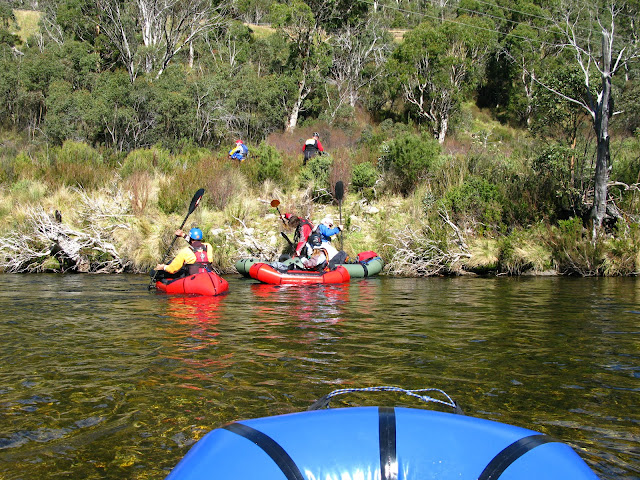 A massive thanks to Chris for running an awesome informal weekend. The knowledge shared is definitely a great building block for those of us who spend time on the water, and I personally will be continuing on with more of the same.